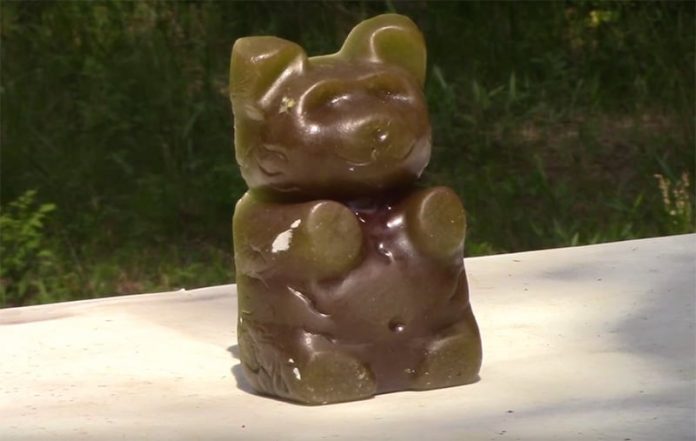 These gummies are the stuff of YouTube video legend, often able to stand up to tremendous damage, but will it stop the 5.7?

The results will surprise– and TWC isn’t even using the good AP stuff, but rather some red box American Eagle 40-grain FMJ.

But then again the bear is aging, so there may be a viscosity issue. We demand a re-shoot with a fresh gummy, for clarification.