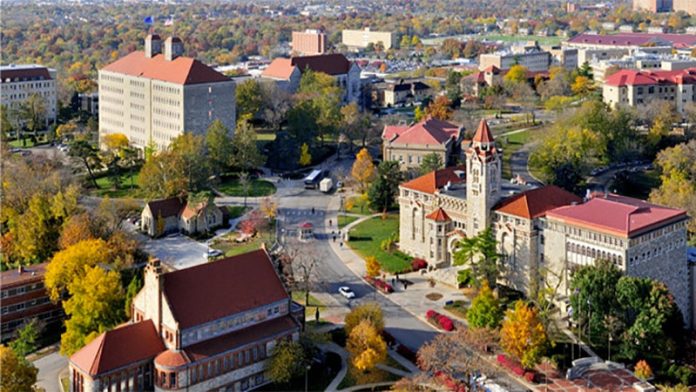 The University of Kansas submitted a draft policy this week to the state Board of Regents outlining its new concealed carry weapons guidelines.

The state will no longer exempt universities from constitutional carry laws as of July 1, 2017 — meaning the gun-free zones must implement new rules for weapons on campus that don’t undermine existing statute.

The proposed policy, for example, seeks to ban guns from buildings “with adequate security measures at each public entrance” capable of preventing firearms from getting inside — as required by the 2013 Kansas Personal and Family Protection Act. The buildings will be marked with signs indicating concealed carry is not allowed.

Chancellor Bernadette Gray-Little told the Campus Safety Magazine firing a gun in certain places on campus “would be disastrous.”

Marvin Lim, counsel for the Campaign to Keep Guns Off Campus, wrote in an Oct. 6 editorial that Kansas’s law is unique — and problematic — because it “has effectively precluded any sort of effort to regulate guns on these especially sensitive areas of campus.”

He said other states, such as Texas, restrict guns in nuclear facilities and those housing programs for elementary-age children. Colorado and Utah ban weapons in certain on-campus daycare centers, too, he said.

“This makes sense,” he said. “Campus carry does not change the fact that places like health care facilities, scientific laboratories and early childhood centers still have safety standards to uphold and certain duties owed to patients, clients and visitors — standards and duties that are even higher than on an average place on campus.”

Gun rights advocates, however, view the Kansas law favorably. “Anyone who has ever been on a college campus are chalking this up as a win,” says Beth Baumann, a contributor to Bearing Arms, in a blog published last week about Kansas State University’s own concealed weapons policy. “Personally, I was the victim of a violent crime when I lived on-campus. A concealed carry permit and a firearm would have armed me to protect myself. Instead, I was left defenseless in a gun-free zone.”

The Board of Regents scheduled a discussion on the University of Kansas’s draft policy for its November meeting.

Editor’s Note: The article was updated at 11:42 a.m. EST with a picture of the University of Kansas campus. An incorrect reference to Kansas State University was also removed.