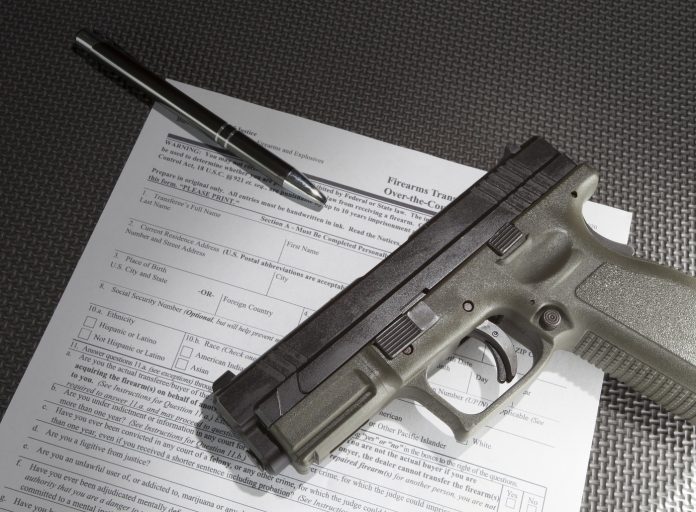 Last week, the House moved two universal background check bills to the Senate for a vote. Those bills, HR 8 and HR 1446, are not designed to prevent crime, but rather designed to increase the amount of work a legal gun buyer has to do when they’re purchasing a gun. Today we’re not talking about the bills specifically, but rather we want to look at “how to talk about universal background checks” to your friends that are politically neutral on the gun issue.

Why are background checks hard to talk about?

The lack of nuance in the question is what makes explaining why HR 8 and HR 1446 are bad so difficult. We, as gun owners, can all broadly agree that we don’t want violent felons, domestic abusers, and other prohibited persons to get access to guns. But we all know that the current system does as well as it can to prevent that. We also realize that the provisions in both these bills will do nothing to prevent prohibited or unauthorized people from getting access to guns. If anti-gun activists were serious about stopping guns from getting into the hands of bad guys, they’d look into legislation that funds improved reporting to NICS, or legislation that looks at reduction of the root causes of violent crimes. For a good breakdown on how the new bills work against law-abiding gun owners, check out the HR 8/HR 1446 breakdown.

How do we talk about universal background checks?

I’ll be blunt. This is a tough conversation to have, as I mentioned above. There are optimal settings to have it where you can greatly increase your chances of influencing someone, however. The optimal setting is face to face with someone you are at least casually acquainted with, and who feels generally positive towards you. The least effective place to have the conversation is on social media vs a complete stranger.

Let’s start with some general rules of engagement for this conversation. The most important is don’t engage with someone who isn’t engaging with you in good faith. If someone is just here to pick a fight, don’t indulge them. The second most important rule is be like Fonzie. How’s Fonzie act? He’s cool. You’re just going to be a little Fonzie, as cool as the other side of the pillow. You don’t make personal attacks, and you stay on message no matter what. Rule 3: start from a place of agreement. For example, you can start with saying “I do support background checks, which is why I like the current system.”

The biggest thing you can do is be cool with people so that they don’t think of you as a conversational adversary. Be a resource, so that when your non-gun owning friends ask about universal background checks, you have an opportunity to explain how the current NICS system works, why the gun show loophole isn’t real, and why the new laws would only serve to create new criminals. And definitely don’t waste time arguing on Facebook – no one has ever “won” a FB exchange.