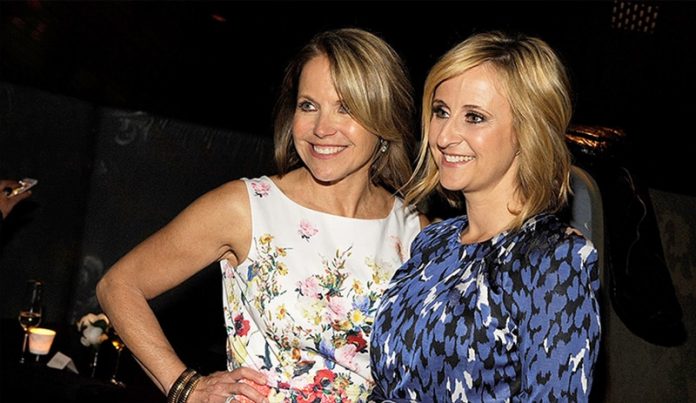 The so-called documentary, Under the Gun, has drawn fire from all over the gun community, thanks to the deceptive editing regarding an exchange with gun-rights advocates from the Virginia Citizens Defense League.  Katie Couric has received most of the attention as the public face of the film, but the director, Stephanie Soechtig, deserves criticism as well.

In an interview with Ondi Timoner of TheLip.tv, Soechtig makes a series of statements that expose her ignorance about guns in America—when she’s not admitting to criminal acts of her own or her employees.

First, we’re told that everything in the film was news to Soechtig.  This sadly is a characteristic of many who call for gun control, but as we’ve all heard at one point or another, ignorance is no excuse when it comes to the law, and if you’re going to make a film about guns, it’s best not to commit crimes in the process.  Soechtig blithely tells Timoner that she sent her producer from Colorado to Arizona to buy guns.  The producer met with private sellers to purchase a Bushmaster rifle and three handguns, which Soechtig claims was legal.  Timoner is shocked about this—as well she should be, but more about that in a moment—and compares it to being a pastor, saying that doesn’t need a license, either.

If you plan to preach on the street or at a peaceable assembly, you’re protected by the First Amendment.  But if you intend to officiate at weddings or perform other functions that involve the government, you will need a license to be legal.  And if you want to buy a handgun across state lines, you’ll need to go through the red tape.  There’s a court case working its way up through the system on that law, but unless your papa raised you to be a test case, at present, Soechtig would have been best advised to her right, protected by the Fifth Amendment, to remain silent on this matter—if only she knew what she was talking about.

After such a promising start, Soechtig goes on to make a series of statements that are easily demonstrated as false.  She claims that no “good guy” has stopped a mass shooting with a legally carried firearm.  I’d expect a documentary filmmaker to spend some time on research, such as what can be found after a brief look with a search engine.  The case of the Uber driver in Chicago is recent enough that it may have happened during the filming of Under the Gun.  Soechtig also repeats the belief that having a gun in the home makes a person three times more likely to be killed than to use the gun in self-defense.  Or is it twenty-two times, as one study found?  Yes, she’s referring to Dr. Kellermann, and if she’d talked to me, I could have spared her that error.

Excerpts from the film quote Richard Martinez, the father whose son was killed in the Santa Barbara shooting, saying that we’re all responsible for gun violence in this country.  Soechtig adds the criticism that telling the difference between a good guy and a bad guy is impossible, since every person is capable of having a fit of rage or insanity.  She says that we need universal background checks to reduce gun violence, but Timoner doesn’t challenge this at any point, failing to wonder how such checks would identify who will go wrong in the future.  In Soechtig’s view, all rights are limited, citing yelling fire in a crowded theater as her evidence of this—even though, once again, she needs to get her facts straight.  The case in which Justice Holmes wrote this oft-quoted statement was U.S. v. Schenck, a case that was overturned in the Brandenburg decision.  That was a recent ruling—1969—so perhaps Soechtig was too busy during the editing of her film to notice.

The most laughable part of the interview was when Soechtig claimed that she “legitimately” wanted to hear from people in the gun culture.  Apparently, wanting to hear from us doesn’t equate to wanting to make an honest documentary, as the evidence of Under the Gun‘s editing has shown.  If gun control advocates want to know why we’re suspicious of them—and attacks on the rights of others isn’t seen as a good enough reason—Couric and Soechtig have made themselves exhibit A.