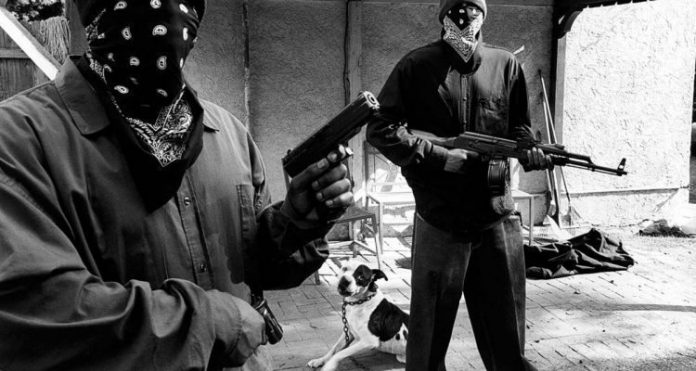 “One Mind Any Weapon” the Motto of the United States Marine Corps Martial Arts Program. This means using your mind to imagine that you can find weapons everywhere.

MEDIA: Unarmed – the media uses this to say the individual was not carrying a firearm.

The moment you refuse to comply with law enforcement officers’ instruction(s) and you force the officer(s) to use force to make you comply, YOU have introduced a firearm into the equation; therefore you have just armed your criminal self.

Let’s take a look at some of the deadly weapons I can think of in 20 seconds: chair, bottle, computer, TV, window, door, keys, knife, martial arts weapons, sword, fire, the floor, the ground, a car, etc. etc. etc. Oh, and we can also add, hands, elbows, knees, feet, head, etc.

According to the FBI Uniform Crime Report during 2012 there were 3,910 murders in America that did not involve a firearm. The following information shows the number of murder victims in the United States by the cause of death; weapons used or cause of death includes: guns, stabbing, blunt objects, strangulation, arson, and more.

Note: Crime statistics usual lag by a few years; data collection takes time and then it must be analyzed.

What is the difference between a Man, or a Woman, or a Child holding a weapon on you in a threatening manner? NOTHING. A threat is a threat. Their age, race, sex, nor any other attribute matter. Police Officers are taught watch hands. If the officer sees a gun, he or she may become hyper-focused on the gun, therefore what the suspect does with the gun is all that matters; nothing else matters. If an officer is shot in a vital organ by an 8 year old girl with ponytails he will likely die; age, race, religion do not matter.

Scenario: A police officer shows up at a call. After exiting his or her cruiser a vehicle begins backing down the driveway and heads straight for the officer. It is obvious the driver is trying to run the officer over. The officer shoots the driver, which defuses the situation.

Oh, but wait a moment, the driver was 12 years old boy.

Now the media will tell us all that a police officer killed a 12 year old boy. They will bring in a bunch of experts to help tell people their creative narrative. The narrative told is that another police officer had killed a child; DID HE HAVE TO KILL HIM – he was just a boy!

In my opinion there is a no such thing as an unarmed suspect. If you do not want to be shot by the police here are a few ideas:

And finally, for all the armchair quarterbacks who have never been in a life-threatening situation – in the words of, President Theodore Roosevelt

“It is not the critic who counts; not the man who points out how the strong man stumbles, or where the doer of deeds could have done them better. The credit belongs to the man who is actually in the arena, whose face is marred by dust and sweat and blood; who strives valiantly; who errs, who comes short again and again, because there is no effort without error and shortcoming; but who does actually strive to do the deeds; who knows great enthusiasms, the great devotions; who spends himself in a worthy cause; who at the best knows in the end the triumph of high achievement, and who at the worst, if he fails, at least fails while daring greatly, so that his place shall never be with those cold and timid souls who neither know victory nor defeat.”

This article brought to you by Spotter Up and is shared here with their permission. The author is David Devaney