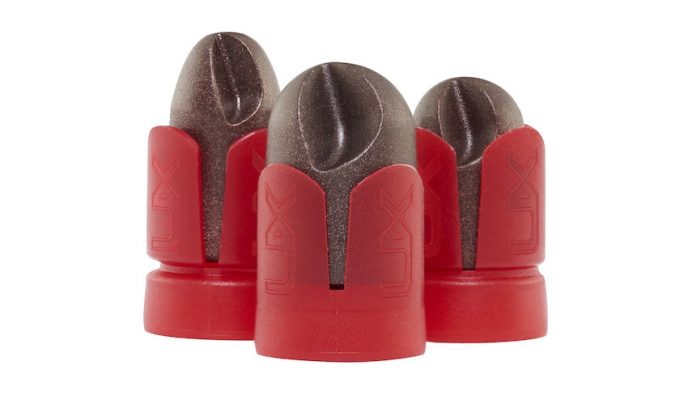 Umarex ARX Ammunition elevates pre-charged pneumatic air rifle performance into the 21st century with four of the most popular air rifle chamberings. The groundbreaking Umarex SpeedBand sabot was developed for use with Umarex ARX bullets in .357, .40 and .45 caliber while the base-style SpeedBelt sabot was designed for use with .50 caliber Umarex ARX ammo and performs flawlessly in both muzzleloaders and the new Umarex Hammer™ .50 caliber air rifle.

The polymer formulation of Umarex SpeedBand and SpeedBelt sabots creates a powerful seal in barrel lands and grooves, blocking the passage of air to swiftly drive the projectile down the barrel. Upon exiting the muzzle, captive air pressure on the sabot forces release of the high velocity, light-weight ARX ammo, which maximizes momentum and delivers un-paralleled terminal performance on target.

ARX® is a registered trademark of PolyCase Ammunition, LLC.  All rights reserved.

Founded in 2012, PolyCase® Ammunition designs and manufactures small arms ammunition and projectiles using the world’s most advanced composite materials and manufacturing methods. Serving domestic and international lines of business, PolyCase is available through fine shooting sports retailers everywhere. Proudly made in the USA, Inceptor® and Ruger® brand ammunition are designed for superior lethality, consistency and performance. Find out more at www.polycaseammo.com or follow PolyCase on Facebook, Instagram, Twitter and YouTube.