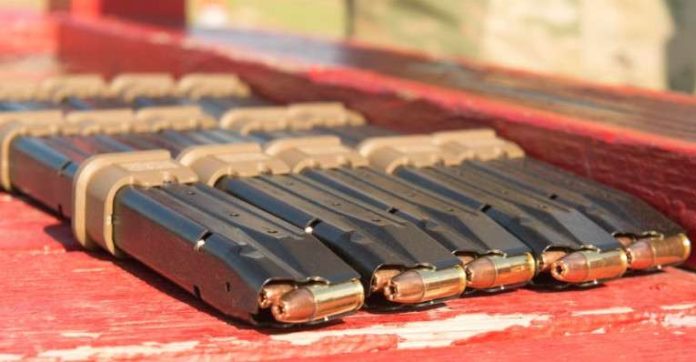 For decades, the American military has struggled with ways to improve handgun  effectiveness while avoiding the bad press of using hollow point ammo (sometimes called “Dum dum” bullets).  The Army has announced that the M-17 Modular Handgun System (MHS) will shoot hollow points in combat.

A recent study by the Federal Bureau of Investigation concluded that 9mm hollow-point rounds produce reliable incapacitation. This has not been lost on the military who is always looking for increased performance and force protection.

The effectiveness of hollow points is proven, the argument against their military use is legal, based on Article IV, Section 3 of the 1899 Hague Convention. The Hague Conventions of 1899 and 1907 drew heavily from the Lieber Code, which was issued by President Abraham Lincoln on 24 April 1863, during the Civil War.

The Hague Convention of 1899, Declaration III, prohibited the use of bullets which readily expand or flatten in the human body by national armies engaged in international warfare.

The U.S. ratified the first three articles of the 1899 Hague Convention but never signed Article IV. Additionally, Article IV, Section 3 states that the prohibition on the use of hollow points applies only in a conflict between two signatories. Even if the U.S.A. signed Article IV, the provisions wouldn’t apply to the United States unless fighting another signatory state.

A grey area of international law has always been the treatment of irregular fighters. The Great Powers did not appreciate participation by non-nation state actors in their conflicts. At the 1899 Hague Conference, the Martens Clause determined that non-uniformed insurgents were unlawful combatants subject to execution on capture. This means that according to Hague, the laws of warfare do not apply to guerrillas. pirates and terrorists. SOCOM has used this to their advantage.

In the 90’s, U.S. Special Operations Command lawyers successfully argued that the Sierra 7.62 Matchking hollow point bullets and the Winchester .45 caliber 230 grain Jacked Hollow point were not designed to caused unnecessary suffering and these rounds were then fielded in combat.

Finally catching up, current U.S. military lawyers argue that that the shift to jacketed hollow point (JHP) ammunition by conventional forces does not increase suffering and reduces risk to non-combatants.

FUN HISTORY FACT: The Imperial German Army in WW1 knew a few things about effective weapons.  They had deployed flame throwers, poison gas, machine guns and high explosives.  In 1918, the German’s ran into Americans carrying the Model 97 Trench Guns (a 12 gauge pump shotgun) shooting 00 buckshot.  They filed a diplomatic complaint that the shotgun was cruel and illegal citing the 1907 Hague Convention. When the Americans laughed at this, the German Army threatened to execute soldiers caught with shotguns.  Challenge accepted!  American General Pershing replied that Germans caught with flamethrowers or saw-bladed bayonets would be shot.

Hollow point bullets are commonly used by law enforcement agencies and citizens who carry handguns for self-defense because of reduced risk of from ricocheted bullets and over-penetration. A fortuitous side effect is faster incapacitation of a threat. U.S. Army Military Police have been authorized to use hollow points on bases since 2010.

The Modular Handgun System (MHS) contract selected versions of the Sig 320 as the M-17 and M-18.  The selected ammunition provided by Olin Winchester is XM1153 Special Purpose cartridge. It uses a 147 grain jacked hollow point projectile.

The shift to hollow points is legal and logical. I applaud the Army and the Department of Defense for making a common sense decision to protect our troops and our nation.

(Featured Image Courtesy of US Army)