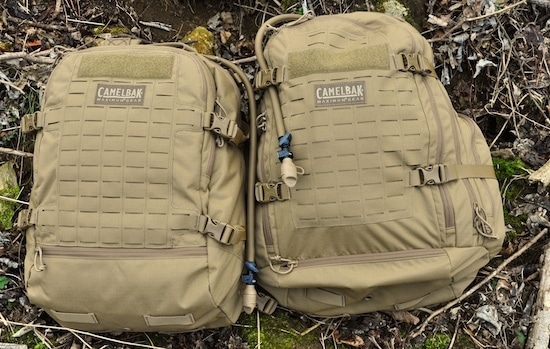 CamelBak® has launched two new packs, the Rubicon and Skirmish. The new packs are full of features desired by those who need to stay hydrated while hauling a bunch of gear, regardless of MOS or job.

Both new packs have unique Lumbar Reservoirs, which allow for quick filling while still inside the pack. Positioning the hydration bladder in this location provides more than just convenience; it also places the water weight on the wearer’s hips for a lower center of gravity and comfort. The new packs are included into the company’s Maximum Gear line, and will likely be a hit with Camelbak fans. 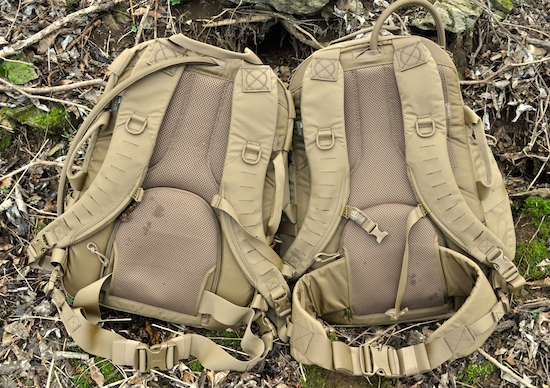 We’ve received samples of these new packs and wanted to provide a first look at their layout, as they have not yet been released for sale. CamelBak informs us that the new packs will be available in Coyote and Multicam in the fall of 2015. With the coming summer months to hit the range, trail and mountains, we intend to give the packs a thorough thrashing and report back with a full field review. 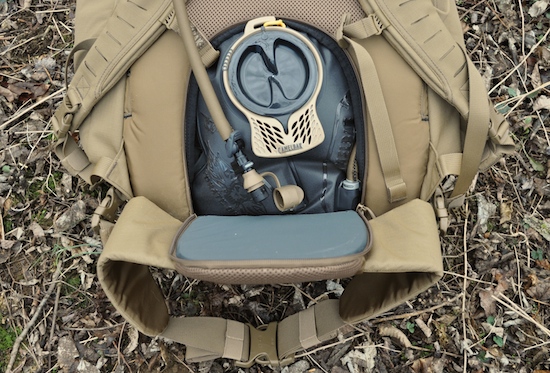 CamelBak is always looking for a better way to carry your water and gear. The lumbar reservoir holds a full 100 oz of water in both the larger Rubicon and the smaller Skirmish. Using the same material for the flexible bladder as the Mil Spec Anitidote Reservoir, the packs meet the USMC hydration system requirement for tensile strength, puncture resistance and burst resistance. The reservoir is accessed via a hidden, protected zippered flap on the lower section of both packs. The compartment is insulated, padded and has a build in stiffening panel to provide cool water, comfort and rigid load carriage.

But these packs are about more than just fighting thirst. They’re also built to hump all your mission essential gear. 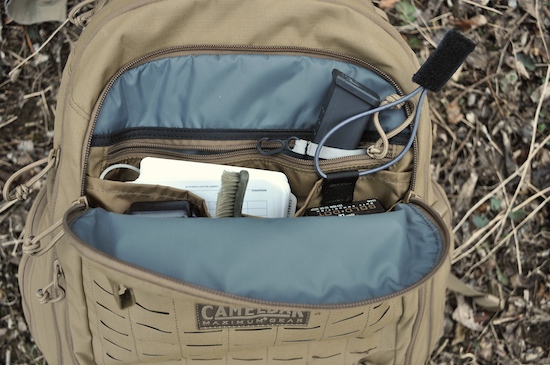 The larger of the two packs, the Rubicon, measures 21.9 X 14.5 X 13.1 and offers a large 2,868 cubic inches of storage space. Like its smaller brother the Skirmish, the Rubicon is sewn with 500D Ripstop Cordura fabric which provides durability at a minimal weight. We would label the  Rubicon a “mid-sized” pack, as it is smaller than a full-sized, hard-framed rucksack. But it’s definitely bigger than a “3-day assault” type bag. It falls somewhere in the middle, and maybe thats part of its appeal.

We look forward to hitting the bush with these two packs and seeing how they hold up. They certainly will hold a lot of gear, so we are curious to see how they carry when loaded down and strapped on. Having seen Camelbak packs survive multiple deployments overseas we aren’t too worried about tearing seams or straps, but that is certainly a possibility. Check back with us in a few months for the full report, and meanwhile you can check out CamelBak here at their website.

Read more at the Source Article from http://www.breachbangclear.com/new-packs-camelbak/