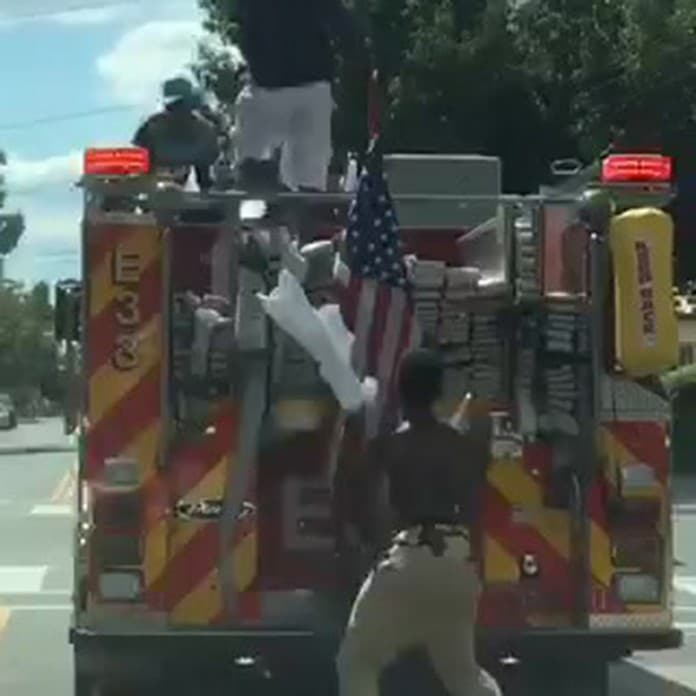 Just when you think you’ve seen it all, people go and post some videos on Live Leak showing a couple of guys engaged in a fist fight while standing on top of a fire engine stopped on a street in Washington, D.C.

A spokesperson for the fire department said the fight broke out around 3:30 p.m. Thursday. Apparently the rig was stopped at a stoplight when the male victim was being chased by his four assailants and thought he would seek refuge atop the fire engine.

The plan didn’t really work, as the suspects simply followed him up – disrespecting the American flag on their way up – and proceeded to beat the crap out of him on top of the fire engine instead of on the street below.

In the end, firefighters called the police, who promptly responded to the no doubt bizarre call.

Officers offered medical treatment to the victim, but he refused, and the suspects were all charged with assault. There was some damage to the firetruck, but it’s back in working order.