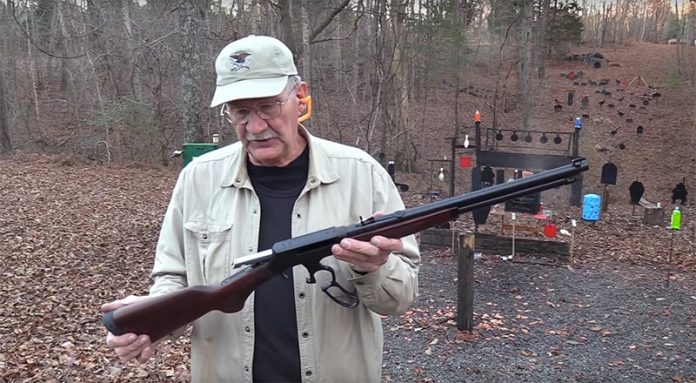 The U.S. Army’s official military caliber for the last quarter of the 19th Century, its last military hurrah was in the Spanish-American War. However, this heavy pill has been big medicine for just about any large game in North America and has remained popular.

In fact, Hickok rolls his own (on a Dillon reloader) and he seems to like the Henry, with its huge brass under barrel tubular magazine, just fine.