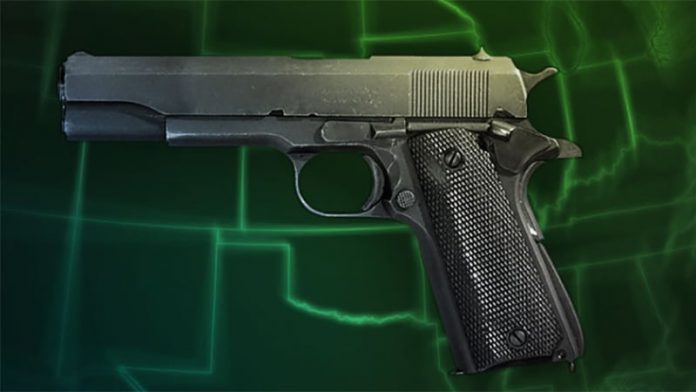 With a Republican-controlled Congress and pro-gun president, the prospect to a do away with the patchwork of state reciprocity laws and establish a uniform nationwide right to carry is ripe.

The concept, to treat concealed carry permits like drivers’ licenses, allowing current permit holders to carry in any other state that issues permits, has been the subject of failed federal legislation in 2011, 2013, and 2014 while a current bill, sponsored by U.S. Sen. John Cornyn, R-Texas, has been collecting dust in the Senate Judiciary committee although it has 35 co-sponsors. Its companion House measure has 121 co-sponsors but has been aging in committee since last March.

However, with the White House under new management in 2017, the next Congress may see better luck getting a bill passed.

Trump’s own platform on Second Amendment rights outlines his feelings on nationwide reciprocity.

Some states, like Texas, have very flexible reciprocity, recognizing concealed carry permits from as many as 35 others. At the other end of the spectrum, others such as Illinois, recognize none but their own. This can lead to incidents where otherwise legally carrying permit holders can be ensnared in a legal catch-22 while traveling should they cross into a state that does not recognize their permit.

Current legislation to fix this would allow the holder of a valid permit to carry a concealed handgun in any state. Persons carrying as a non-resident in a state would otherwise be bound by whatever laws of the state they are visiting. This would largely end the confusing patchwork of reciprocity agreements that are currently in place across the country.

Should a nationwide reciprocity bill become law, it could also come with a host of legal problems. For instance, at least 10 states codify the right to carry a concealed handgun without first having to obtain a permit. These “constitutional carry” states, with the exception of one — Vermont — also issue permits to residents for traveling outside of their home state as few other states recognize those travelers’ right to carry without one. One state’s solution to permitless carry reciprocity is Oklahoma which recognizes drivers’ licenses from constitutional carry states as defacto permits.

Further, some states with extremely tight gun laws may chafe at a federal mandate to recognize out of state permits, citing states’ rights protections afforded by the Tenth Amendment. With that being said, there is legal standing for the constitutionality of withholding federal funds from states that do not conform to federal policy, for example on raising the drinking age to 21.

The nascent Trump administration has already spoken of cutting federal funding to so-called “sanctuary cities” that do not coordinate with federal law enforcement to deport undocumented residents. As many of these same deep-blue areas may oppose nationwide carry reciprocity, a GOP White House may use the same tactic.

The 115th Congress meets for the first time on Jan. 3 and the presidential inauguration is set for Jan. 20.