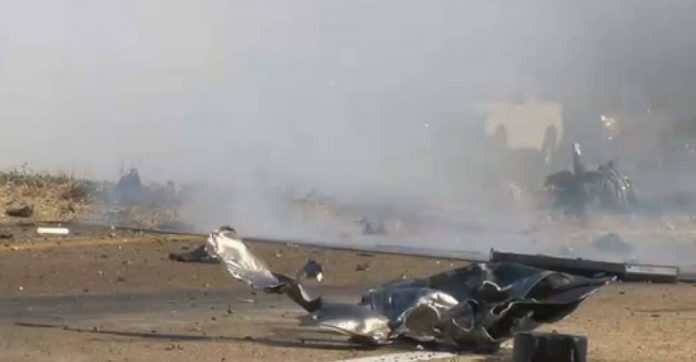 WLOX.com – The News for South Mississippi

It could be described as an ironic wreck. An 18-wheeler transporting fire extinguishers through Jackson County, Mississippi, crashed Tuesday after the cab and trailer came apart and caught on fire.

The wreck shut down the interstate for several hours while crews worked to extinguish the fire, clean up spilled diesel and remove wreckage.

The driver, whose name was not released, was transported to a local hospital. The extent of his injuries are unknown.