We’ve had a few discussions here among the writing staff on how to measure good quality training and progress as an individual shooter. How do we evaluate, maintain, and improve our skills between and around taking a professional course.

Travis brought both of us back to our USMC days with a simple metric for measuring our proficiency.

Even in times of peace Marines are deployed around the world attached to Marine Expeditionary Units (MEUs). These MEUs deploy around the world with the Navy. They consist of an infantry battalion, tanks, artillery, helicopters, jets, and supporting personnel. A MEU is basically everything you need to invade a country. For an infantry battalion to become MEU(SOC) qualified you do a massive regimen of training. A group known as the Special Operations Training Group has dedicated courses for infantry Marines to participate in. The SOTG has one of the most interesting and effective series of rifle and pistol qualifications. The SOTG M4 Qualification is one of the most simple and efficient for service rifles and carbines.

This is a qualification shoot that’s done after a certain amount of training is completed. It’s also one almost any shooter can do. The requirements for the qualification are not taxing. You need a few training aids to shoot this.

Optional for a more authentic qualification to the USMC standard…

That’s really all you need, and this is why it’s one of my favorite qualifications. It can really be done with any semi-automatic rifle. You’ll need one magazine loaded to 26 rounds and one magazines of 24 rounds. Scoring is simple. 2 point per hit in the kill zone, 1 point on target. and 0 points for a miss. Here is the qualification break down.

Phase Two Use Both Targets for Phase 2 – Magazine 1 will have one round in magazine and one in chamber. 2nd magazine needs to be ready in a magazine pouch.

All Drills start from the low ready. Both phases start with a round in the chamber.

I haven’t shot this course in 5 years, since I was was going through pre-deployment training with the SOTG. For this run I am shooting with a SCAR 16S, a Blue Force Gear Plate carrier, and no optic. I used a Blue Force Ten Speed chest rig and Lancer magazines.

Shooting the course is actually pretty exciting. Training against the clock is a thrill, and the addition of lots of movement keeps things difficult. Using iron sights is also a little more challenging than using the standard issue ACOG.

The course is great for practicing the basic skills needed. This is an excellent way to gauge your skills. There is nothing too advanced here and sets a training standard. When training you should always train to a standard or you are just wasting time. 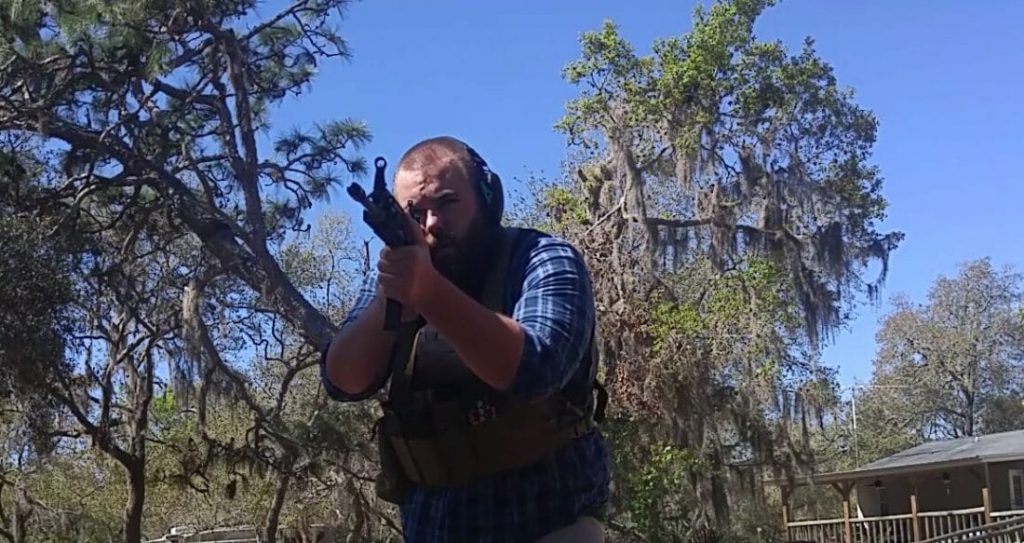 I would personally include more reloads in this training. You could make it harder by dividing the necessary rounds between four mags instead of two. Toss in some barrier training and this course would be amazing.

Why it’s Beneficial to you

This qualification tests people on more than they expect. It creates a stress effect via the timer. To pass you’ll have to learn how to go from low ready to perfect sight picture in just a few seconds. That little bit of extra stress can make it a real pain to do just right. Slow is smooth and smooth is fast. The faster you can place effective rounds on target the deadlier you’ll be.

You’ll also have to focus on shot placement. Hitting a man sized target at 25 to 50 yards is easy. Trying to hit the chest and the head forces a shooter to practice good shot placement, and really stresses proper fundamentals. If you run and train with this course you’ll fall naturally into the pattern of proper shot placement. It will become a good habit to have in a defensive scenario. It is a skill you will retain with different rifles, handguns, and shotguns. 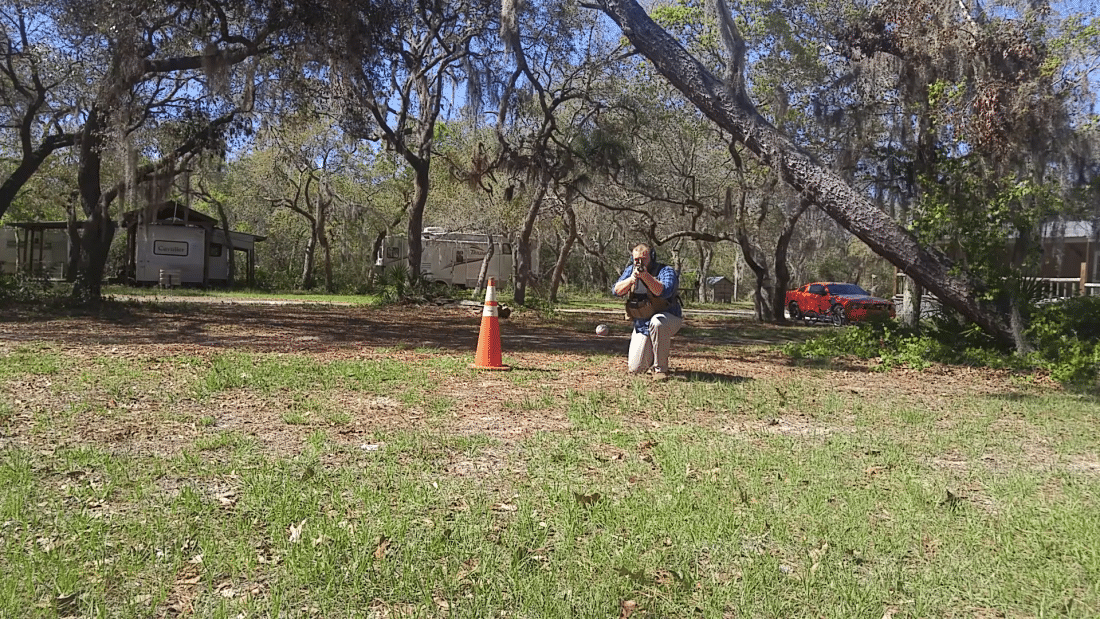 You’ll also get into multiple shooting positions. Being able to shoot from different positions will make you a more versatile shooter, and give you the ability to work around your environment. Shooting in the kneeling and prone requires practice. With a timer in place you’ll also have to learn to transition positions quickly, and get back on target even faster. The benefit is that the faster you can change positions and the faster you’ll be able to get behind cover in a real shooting scenario, taking advantage of your environment.

You’ll also be training at different distances with less and less time the closer you get to the target. A simple reality of combat is the closer you are, the faster you’ll need to be to survive. Speed is vital is close quarters combat.

We also start a focus on move and shoot practice. Moving and shooting accurately is difficult, especially when we are talking proper shot placement. Putting accurate shots into the chest and head of a target, while on the move takes serious practice. Throw a timer behind it and you can’t just slowly waddle and shoot. You should never go faster than you safely can, but always strive to be safe and quicker than you were. The training here will allow you to learn how to shoot and scoot safely, accurately and quickly. 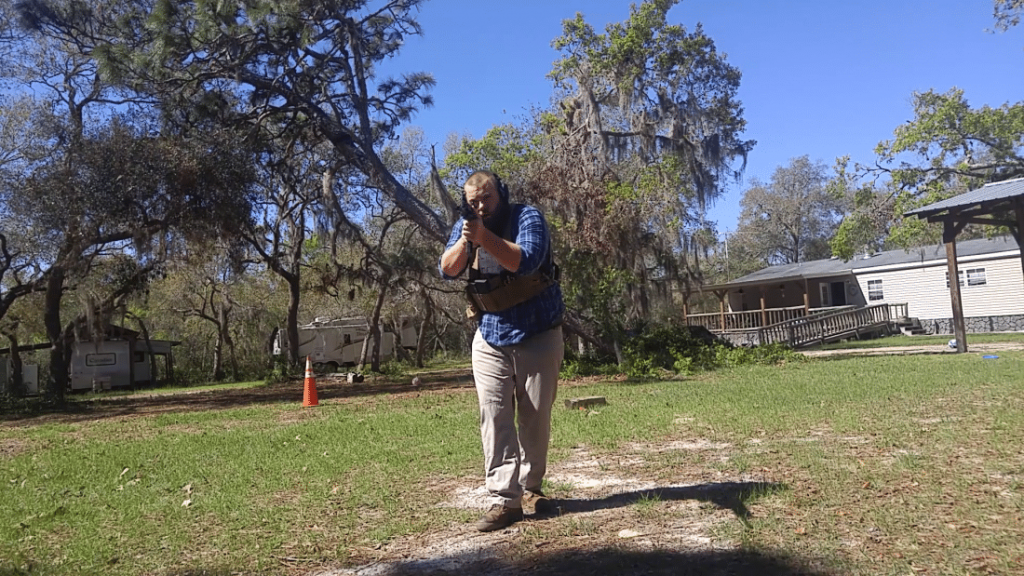 The last and most important part of this qualification and this training is training to a standard. Here the standard comes in two different forms. First, you have the accuracy portion. The goal is to not just hit the target, but to hit the vital areas of the target. Second, you have a timer.  A timer creates stress and forces shooters to be accurate under the clock.

Take your score as a starting point, don’t fudge it. Take it as a learning experience. Identify strengths and weaknesses and work with the intention to improve. The harder you work, and the less distracted you are by passing and failing the better shooter you’ll become.