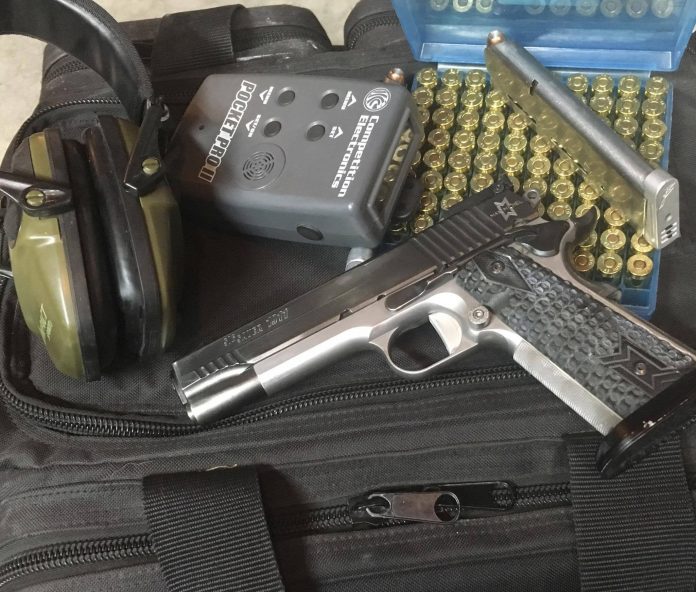 In my somewhat short time in the journey of pistol craft and the art of handgun shooting I’ve quickly noticed a pattern among a lot of folks who seem to be quick to ask questions or seek input or advice, or simply a yearning to share information  on social media. As a whole, this is a great thing among the firearms community in general, right? I would agree that it is…to a point.

Unfortunately, I’ve seen a lot of bad advice and information that leans more toward horribly regurgitated third hand chatter, spoken by a huge and vast majority of members within the community that we all share, that is so narrow minded that most of what’s shared is really nothing more than terrible.

The close minded views of basically a lemming effect of people that have great potential, but refuse to open their eyes and think for themselves.

I see and read from folks daily that love to hand out advice as if it were candy, yet don’t follow a lot of the same advice they so willingly give. We’ve come to refer to a lot of these people as “armchair experts”.

Unfortunately, the majority of these “experts” have absolutely no idea what they’re talking about and refuse to learn anything that could actually make them a better shooter or gun handler…let alone, teacher.

So I have decided to write a list of some of the most real advice I could give someone in hopes that something could be shared that really can make a difference:

1. Dryfire. It’s real. And it works. It also costs NOTHING but an investment of your time and the benefits are endless.

2. Training classes are NOT, I repeat NOT making you a better shooter….GASP, what did he say? That’s right, taking a weekend class with your favorite instructor does not make you a better shooter. I don’t care if you take 10 classes a year. Taking a class does nothing more than give you ideas, theories and mental stimulus or “tools” for the proverbial “toolbox”. Improvement happens with purposeful and regimented practice wherein the tools you gain from those classes can be utilized toward a goal that is worked for. That’s how you make the training classes pay off.

3. Gear is not the answer. Ever. You can improve every aspect of your performance with the stuff you already have. It’s a guaranteed fact. Please stop with the constant “equipment race”.

4. Focus your practice on purposeful things. Things that really apply. Literal tons of repetitions both in dryfire and live fire and immense amount of PURPOSEFUL rounds down range. Learn how to practice and why. Context wins. I understand playing weekend warrior Army squadron is fun and I seriously don’t condemn it. However, (unless you’re putting your daily work or life is gearing up to kick doors or serve warrants) you’re deluding yourself if you think for a split second that  has any context to your day to day reality. Again, think contextually. That’s the true stuff that will save your life.

5. Finally, stop with the delusions of self grandeur. Want to start truly improving? Quit BS’ing each other on the Internet and get your rear end to work. You don’t learn this stuff by osmosis. And you certainly don’t get better at any of this by repeating the baseless BS you read or heard some supposed “hardcore operator or competitor” say out of context to someone else 3rd person.

Self improvement takes hard work, dedication, discipline and open mindedness to always be learning and searching for more. ALWAYS. You can’t fool yourself or anyone else that you’re a student of the art if you’re only allowing yourself to stick to one thought, idea or mentality. That limits any and all growth.

I certainly hope some of this “advice” will help a few.

Tim is a married father of three from Independence, Mo. He started shooting pistols in 2010, quickly becoming involved in USPSA. He classified as C Class in Single Stack division with a 1911 that same year and within one year, moved to B Class. His skill set improved as he became more familiar with “how to shoot the game.” Tim achieved Master in Single Stack in October 2013, and Grand Master in August 2014. Along with shooting USPSA matches, Tim also shoots NRA Action Pistol events.

Here are some recent match results for Tim: