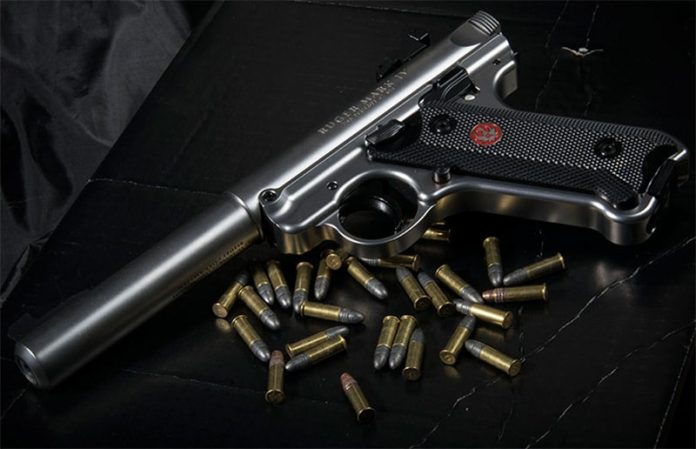 All retail outlets — from tiny, niche startups to massive conglomerates — are ceaselessly trying to predict what the market will do next. The same goes for gun shops. What is different about gun shops and any place that sells firearms in the United States, however, is the extent they’re subject to the whims of politicians and elections.

Ask your local car dealership if there’s worry about convertibles being outlawed next year. Better yet, ask your local tire shop if there’s concern with price gouging and shortages of racing tires. They’ll look at you like you’re insane. This is part of why owning a successful guns and ammo retail shop is maddening, why owners have such a difficult time predicting the market and why buying inventory accordingly is important.

Thankfully, one commodity — ammunition — has seen a relatively consistent level of demand since the beginning of the Obama administration. But anyone with even a cursory knowledge of economics knows the current level of demand isn’t sustainable.

Even still, there’s no way to know when it will peak or end, so buyers have to purchase ammunition intelligently so they’re not stuck with palettes of heavy product they can’t move without taking a loss.

The best way to hedge your bets is to limit large ammo purchases to calibers that have both high demand and high margins. That way if you don’t sell all of the rounds, you can afford to sit on the remaining stock until inflation catches up or the space it consumes becomes more valuable than the product itself. That said, we’ve compiled three calibers that every gun shop should stock up on in 2017.

According to the NSSF, of the 10 billion rounds produced annually in the United States, .22LR represents more than half of those rounds. Demand is clearly substantially high on the small rimfire cartridge, so selling these pint-sized projectiles is pretty easy to do. However, what most people wouldn’t expect is how small their markup happens to be. And yet, it should also come as no surprise that according to LuckyGunner.com’s 2013 earnings report, .22LR represented only 6.8 percent of revenue.

What’s more interesting? That number is nearly twice as high as the year before. Unfortunately, data for 2014 to 2016 isn’t available, so drawing any serious conclusions would involve more guessing than data-driven predictions. Still, with production numbers in the 5 billion range, it’s safe to assume America’s appetite for rimfire rounds isn’t satiated yet.

While LuckyGunner.com’s report separates the two calibers, the majority of rifles chambered in either caliber are capable or running both. So while .223 and 5.56 represented 10 and 5 percents, respectively, their combined 15 percent of all revenue makes the round a very attractive option. But why is the number so high?

For starters, the cost of the rounds themselves is higher per round, and the markup is a little higher since buyers can stomach pricier center-fire rifle ammo costs. But another reason is the recent surge in modern sporting rifle (MSRs) purchases.

One of the biggest concerns of the shooting world is a Democrat in office will lead to a ban on new purchases of so-called ‘assault weapons.’ As such, hundreds of thousands of shooters have purchased AR-15 carbines and rifles which are overwhelmingly chambered in 5.56. These same buyers understand owning a gun but no ammunition to feed it is pretty pointless. Plus, once you’ve spent a few hundred dollars on a brand-new rifle, most people want to try it out — again, this requires ammunition.
In the past, it was wise for resellers to avoid certain brands of underpowered, steel-cased 5.56/.223 ammunition. But the majority of MSRs being produced are over-gassed to run anything within specs and even rounds slightly underpowered. This was done presumably to ensure new buyers wouldn’t assume their gun is faulty if it doesn’t run no-name, bargain ammo.

Because of this, retailers can stock any ammo that’s within SAAMI pressure specs, confident that even value-priced AR-15s will still run the ammo fine.

While countless gun-guys will argue until they’re blue in the face about .45ACP vs 9mm, one thing’s for certain: 9mm is the most prolific centerfire pistol cartridge in the United States. And for good reason; more models of pistol are chambered in 9mm then .40S&W or .45ACP.

Which isn’t to say either of those calibers aren’t in demand, but the 9mm’s popularity dwarf’s them both. In fact, it would be tough to find a new handgun developed in the last 10 years that either isn’t chambered in 9mm, or derived from a 9mm design.
Also, unlike larger pistol calibers, 9mm is still relatively affordable, thanks to its popularity and lowered production costs.

Additionally, more and more sub compact concealed carry pistols are being offered in 9mm over previous staples of compact pistol design like .380 ACP.

With the rising popularity of 9mm pistol caliber carbines like the CZ Scorpion, SIG MPX and various MP5 clones, shooters are consuming more 9mm per range session than ever. Blasting through 500 rounds of 9mm is difficult when fired through a handgun, but very easy when loading 30 at a time in a Scorpion magazine.

Plus, unlike going through a case of 5.56 or .308, a case of 9mm doesn’t cost the consumer more than $250 unless they’re shooting defensive rounds.

While other rounds are suitable for stockpiling for possible surges in the market, these three are safest and most lucrative. Sure, micro-bubbles of shooters buying truck-loads of .303 British ammunition have happened, but anyone who buys 10,000 rounds of .303 will find themselves hanging on to it for the better part of the next decade.

By purchasing quantities of popular, profitable ammunition, owners can ensure solid profits for the coming year with reduced risk. If the data from the past says anything, 9mm, .223 and .22LR will be around for the perceivable future.