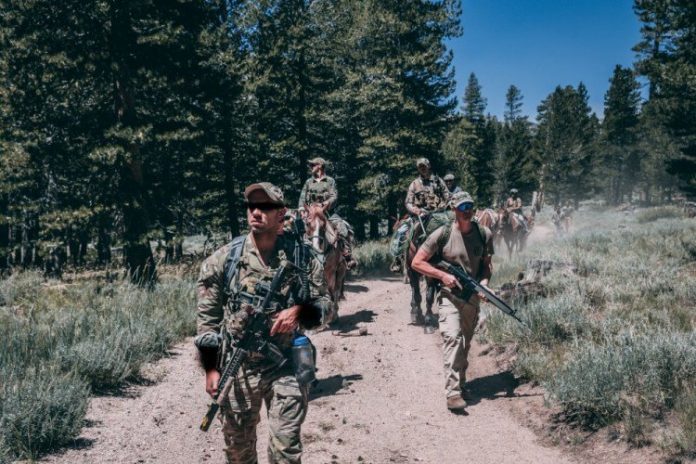 On June 12, Marines from across the Marine Corps’ special operations units gathered in Camp Lejeune, North Carolina, to participate in the 2019 Marine Raider Competition.

“The endurance coupled with the strength needed for some of the events was one of the most taxing parts of the competition,” said a Marine Raider with the MRTC team, who also serves as an assessment and selection (A&S) land navigation instructor, in a statement to DVIDS. “Trying to pace ourselves and make sure we were maintaining hydration throughout the events while pushing through all the aches and pains was the most mentally straining aspect.”

The biggest challenge of the competition was a 15-mile ruck march peppered with various tasks and tests. The teams had to conduct stress shooting, breaching tests, casualty evacuation, paddling in Zodiac inflatable boats, and rappelling. Throughout the multiple events, each competitor carried a rucksack weighing a minimum of 45 pounds, plus their combat load.

“When it came to preparing, our biggest challenge was finding adequate time to train,” added the A&S land navigation instructor from the MRTC team. “We got hit with some penalties because of that, but we did our best to communicate with each other and help each other through the events.”

“Going in we were expecting to be the fastest team,” said Sergeant Adam Terrazas from the 2nd Reconnaissance Battalion team. “I think we came out of the gate too strong, which affected us negatively because we started to break off a little and get dehydrated, but ultimately, we were able to put our minds together at each event and help one another get through the challenges.”

The Marine Raider Competition is an annual event hosted by Marine Special Operations Command (MARSOC) with the goal of fostering camaraderie and testing the operational capabilities of its operators. MARSOC is young compared to its sister spec ops commands. At 13 years old, the command has faced many challenges in convincing skeptics—both within the Marine Corps and outside—of its utility and effectiveness. When everyone is competing for shrinking budgets, that ain’t easy.