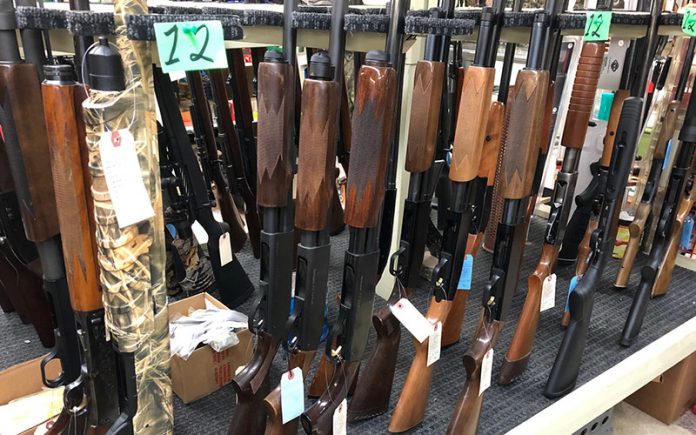 Before buying a shotgun, some argue that you need to plan everything out — what you’ll use it for and how often — while others advise buying the first inexpensive 12-gauge pump-action you see. It’s a shotgun, after all. But Guns.com’s Mark Sims suggests the answer for first-time buyers is a little more flexible.

Sims, Guns.com’s Senior Buyer, has spent his entire career buying and selling firearms. While he loves guns, he really loves shotguns. He’s an avid hunter, shooter and an NRA certified shotgun instructor. If you’re looking for just one gun, he argues that a shotgun has more practical applications than a single rifle or handgun.

“Reasons for buying a gun jump from either recreation to personal protection. A shotgun, however, will work on both sides of the spectrum and a whole lot in between,” Sims said. He explained that there’s a lot of cross over. “A lot of shotgun sports derived from hunting. So, trap shooting basically follows along the lines of pheasant or quail hunting. It’s a natural transition. If you’re a good shot at the range, you’ll be a good shot in the field and vice versa.”

Then, there are also opportunities that come with owning a shotgun, especially for young shooters. Schools and ranges across the country host sanctioned trap shooting competitions. For example, Sims explained, when his son opted to attend a STEM academy instead of a traditional high school, he had to give up playing most sports. Then, to apply to a service academy for college, he needed to add some athletics. With a local school offering competitive skeet after school, that became his only real option.

What’s the best type of shotgun?

As Sims explained, no particular shotgun action — semi-auto, pump or break — is better than the other. “Even in the highest level of competitive shooting, you have different opinions about what’s the best type of shotgun. Championship shooting matches have been won with automatics and over-and-unders,” he said.

A similar answer goes toward gauge. While 20 gauge is a popular suggestion for beginners, Sims likes to explain that once a shooter gets proficient with their shotgun they usually want to go bigger with a 12 gauge.

So, does that mean to go with a 12 gauge shotgun? The answer isn’t a definitive yes, but rather a description of how a young shooter typically grows over time. They usually start of shooting 20 gauge and end up wanting 12 gauge and after 12-gauge there aren’t too many practical options. Instead, there’s actually a wide variety of 12-gauge loads.

Should You Buy New or Used?

When you buy a new gun, the condition isn’t even a question. On the other hand, when you buy used, the condition is the only question. But Sims advised to not shy away from the used rack. In many cases, and more often in some styles, there’s a good chance of finding a used shotgun in good condition.

“There are a lot of hunting shotguns out there that people purchased and maybe only took on one or two hunts before replacing it or picking another hobby,” he said. Then, there are the shotguns that people sell because they don’t use them as often.

“People always sell tactical shotguns. Unless you’re shooting 3-gun matches or just enjoy beating yourself up on the range, for a lot of people, a 12-gauge tactical shotgun just collects dust. They end up being the go-to-gun to sell when you’re buying something new,” Sims explained.

And then there are also shotguns that are only available used like collectibles. “Many buyers and sellers know that these are no longer being manufactured, so they’re less likely to use them regularly, so you may be able to find someones in fabulous condition,” Sims said.

“On average, you can save about 20 percent on a pre-owned gun, but you don’t always know the details about the condition,” he said. “So, Guns.com offers a full inspection and certification. That way you have confidence in what you’re buying and save a few bucks.”

Try Before You Buy

Sims recommended before you buy a shotgun, try it out first. “So many times you make a purchase based on how a gun looks online or feels inside the gun shop, but when you go shoot it’s a completely different experience and find you may not like how it operates or loads or recoils,” he said.

He added that you should be aware of a few things when you do test or inspect it. “It’s important that the shotgun fits you. In other words, when you shoulder the gun it points where you’re looking because shotguns rely more on your natural-point-of-aim rather than sights,” he said. But if you do need to make some adjustments, you should seek help from a trained gunsmith.

But there’s another reason Sims recommended you try before you buy. “If you’re unfamiliar with a shotgun or any firearm, it’s important that you spend some time to learn how to handle the gun safely and responsibly,” he said.

If you’re interested in buying a shotgun, check out the collection inside the Guns.com Vault and Certified Use Guns.