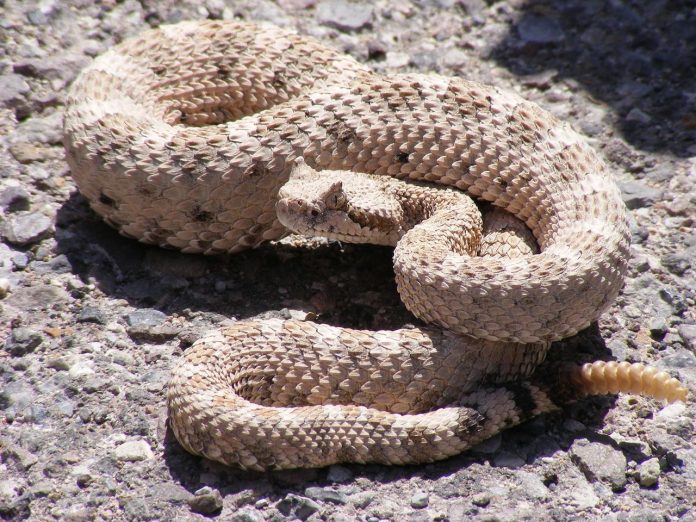 We tend not to go to movies looking for realism. Even the movies we watch that are “based on” or “inspired by” true stories tend to bend the facts of the tale around a more logical (or marketable) narrative that audiences would be more likely to get behind, but some common tropes have become so pervasive in our film and television culture, that many of us have come to simply accept them as real. After all, they wouldn’t show these tropes in so many movies unless there was a real-world precedent for them, right? Well, wrong. It turns out, the fictional universes our movies take place in all share some common survival threads that fail to make the leap from the big screen and into reality.

Myth #1: Sucking the venom out of a snake bite

For a long time, it seemed like every Western movie to come out of Hollywood included at least one scene where a cowboy suffers a bite from a venomous snake, leaving the unenviable task of sucking the venom out to another member of his outlaw party. This trope is so pervasive, it has since gone on to live a new life as an over-tread joke on sitcoms, cartoons, and even Saturday Night Live. After decades of showing us cowboys and adventurers practicing this effective form of frontier medicine, there’s got to be some truth to it, right?

Wrong … for all sorts of reasons. First and foremost, the act of cutting open a bite and sucking the venom out will usually do very little to prevent the spread of the toxin that sets to work immediately when someone is bitten. If there is any venom still pooled at the puncture site, you’ll be exposing any small wounds in your mouth to it, not to mention the exchange of bacteria between you and your friend as you place your mouth on an open wound that was just punctured by the mouth of another animal.

Don’t just take my word for it, let’s ask a doctor.

“The evidence suggests that cutting and sucking, or applying a tourniquet or ice does nothing to help the victim,” said Robert A. Barish, MD, an emergency room physician and associate dean for clinical affairs at the University of Maryland School of Medicine. “Although these outdated measures are still widely accepted by the general public, they may do more harm than good by delaying prompt medical care, contaminating the wound or by damaging nerves and blood vessels.”

Myth #2: Drinking brandy to warm you up.

I was first introduced to this trope in the cartoons of the early 90’s, but since then I’ve seen it in a number of old movies as well. Even if you can’t cite a specific example, you’re familiar with the scene: an avalanche strands someone under the snow, survival looks bleak. Suddenly, a Saint Bernard comes huffing and puffing through the snow with a small barrel secured to his collar. Inside, the victim finds some lifesaving brandy, sure to warm him up and curb the pain until rescue arrives thereafter.

Yeah, you guessed it. This is a bad idea too. You may have noticed that having a drink or two makes you feel a bit warmer, and might even make your face flush a bit, so you could be excused for thinking that the booze was actually warming you up, but it actually serves to do the opposite.

“[Alcohol] causes the blood vessels in your skin to dilate, shunting blood from your core to your periphery,” explained Ted Simon, a neuroscientist and board-certified toxicologist who serves as an expert witness in drug and alcohol cases. “Your body temperature isn’t actually changing; you’re just redistributing the heat.”

Your body naturally restricts blood flow to your extremities and your skin’s surface when you’re cold in order to keep the important stuff, like your vital organs, functioning. Having a few drinks in the cold, however, makes your body work sort of like the radiator on your truck, pumping the warm blood up to the surface of your skin, making you feel warm and look flush, but actually exposing more blood to reduced temperatures and helping to usher in hypothermia.

Myth #3: Using a defibrillator to restart a heart.

This may be among the most pervasive of medical myths that can be found anywhere in Hollywood: the magical defibrillator. You know the scene: doctors are scrambling to treat a patient with the telltale beeps of the heart monitor echoing over them until the worst happens, and the beep transitions into a steady single note, indicating that the patient’s heart has stopped.

The doctor turns to his nurse and shouts, “paddles!” They roll the magic death-beating machine into the room, he places the two paddles on the patient’s chest and (again) shouts, “clear!” He proceeds to use the defibrillator to literally shock the patient’s heart back to life, beating back death’s cold grip and rescuing another patient from the afterlife.

You guessed it. Defibrillators don’t work that way. In actuality, defibrillators are specialized pieces of equipment intended to stop a heart when it’s beating erratically due to specific kinds of heart failure. In effect, as a heart begins to fail, cells in the heart will attempt to keep it pumping using an electrical current of their own, but these beats prove to be erratic and uneven. Doctors will use a defibrillator to shock the heart into ceasing an erratic beat like you might hit the reset button on your computer when it’s on the fritz – but that’s very different than using the charge to restart a heart, which can actually be done with drugs.

On the website for AED, a company that makes defibrillators, they explain what doctors actually do when a patient’s heart stops:

“When a person’s heart stops in a hospital and goes into the long beeeeeeeeeeeep noise, doctors will be rushing chaotically, but instead of grabbing paddles—they will be switching off chest compressions (CPR) to keep blood flowing to vital organs and trying to quickly solve the underlying problem of why the heart has stopped.” They write.

“Beyond that, medical professionals must administer drugs into the patient’s circulation to stimulate the electrical activity of the heart to start up again. If doctors can’t get the heart to restart in a reasonable amount of time, the patient will likely suffer so much brain damage that it’s more reasonable to stop efforts and let them go.”