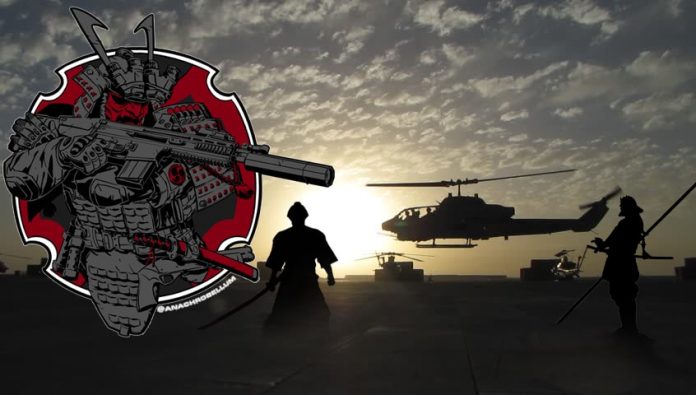 Of all the warrior archetypes in the world, none is perhaps more recognizable than that of the Samurai. The word Samurai is derived at least in part from the word saburau, which means “to serve.” That’s fitting enough, particularly in the modern context and even more so with regard to how we here at Breach-Bang-Clear regard the warrior ethos. There’s nothing wrong with a little ego in a fighting man, quite the contrary — but if that ego is not subordinated to some sense of the greater good (serving your country, serving your country, sticking up for those weaker than you), well, then…you’re probably just an asshole. Fact is, a Modern Samurai may be damn near indistinguishable from an American Jedi.

If you’re an asshole, you don’t deserve to wear this new shirt design from Anachrobellum (@anachrobellum). It’s a Samurai, but in modern service — which is why this particular Samurai is carrying Mk17 w/EOTech XPS, PEQ-15 and OSS suppressor (and of course a breaching shottie, assorted bangs, GPNVG-18s, S&S Precision Manta Strobe…all the goodness). 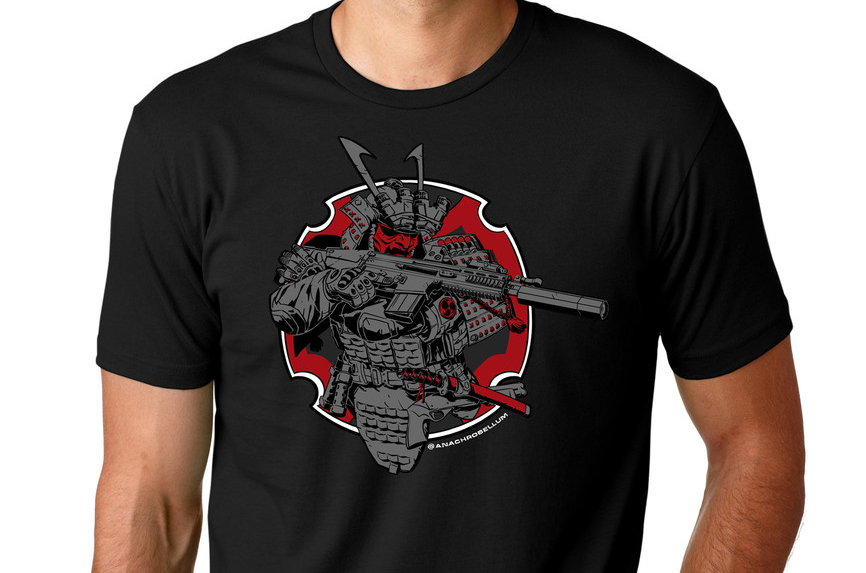 Much has been written about (and by) the Samurai over the years. Perhaps most famously of course is The Book of Five Rings, less so Nitobe’s Bushido: The Soul of Japan, and of course the the Hagakure (Hagakure Kikigaki) — did anyone else see a copy of it on Bezzeriedes’ desk in True Detective Season 2? It’s from the latter we’ll quote today, and from that book apparently that Anachrobellum drew inspiration for the MODERN BUDŌ design.

In May of the year 1700 the samurai Yamamoto Tsunetomo, then 42, was given permission to retire into seclusion and become a Buddhist priest. Formerly the sworn man of Daimyō Nabeshima Mitsushige, he was prevented by local law from committing junshi (ritual suicide) upon his lord’s death. That’s a fortunate thing for those of us who’ve read and learned from the Hagakure. Ten years later a young man named Tashiro Tsuramoto began visiting Tsunemoto, and over the next 7 years recorded the older samurai’s words, eventually putting them into a book given the title Hagakure — which can mean “hidden by leaves” or “hidden leaves.”  Elements of Confucianism, Zen Buddhism (introduced to Japan in the 12th and 13th centuries) and Bushido are present throughout the book in ways and levels far too complex do discuss with any comprehensive way here.

Interestingly, many scholars assert that Tsunetomo never intended the book for public reading. There’s no way for us to know the truth of that, but we. do. know. this:

Whether you consider yourself a student or an instructor or just someone in service to something larger than yourself, we figure you could do worse than take the advice of these men now 3 centuries dead.

Learning is a good thing, but more often it leads to mistakes. It is like the admonition of the priestKōnan. It is worthwhile just looking at the deeds of accomplished persons for the purpose of knowing our own insufficiencies. But often this does not happen. For the most part, we admire our own opinions and become fond of arguing.

In China there was once a man who liked pictures of dragons, and his clothing and furnishings were all designed accordingly. His deep affection for dragons was brought to the attention of the dragon god, and one day a real dragon appeared before his window. It is said that he died of fright. He was probably a man who always spoke big words but acted differently when facing the real thing.

In one’s life, there are levels in the pursuit of study. In the lowest level, a person studies but nothing comes of it, and he feels that both he and others are unskillful. At this point he is worthless. In the middle level he is still useless but is aware of his own insufficiencies and can also see the insufficiencies of others. In a higher level he has pride concerning his own ability, rejoices in praise from others, and laments the lack of ability in his fellows. This man has worth. In the highest level a man has the look of knowing nothing. These are the levels in gneral. But there is one transcending level, and this is the most excellent of all. This person is aware of the endlessness of entering deeply in a certain Way and never thinks of himself as having finished. He truly knows his own insufficiencies and never in his whole life thinks that he has succeeded. He has no thought of pride but with self-abasement knows the Way to the end. It is said that Master Yagyū once remarked, “I do not know the way to defeat others, but the way to defeat myself.” Through your life advance daily, become more skillful than yesterday, more skillful than today. This is never-ending. 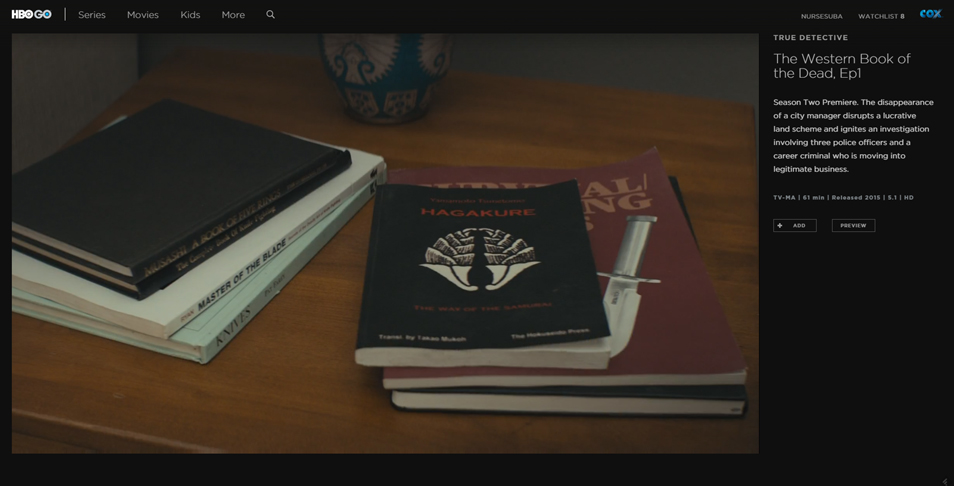 You can agree with some of this, all of this or none, but if you’re committed to a warrior ethos and service before self, you would to well to remember what Tsunetomo said:

“Heaven favors a man of principles.”

If you’re interested in our new shirt, you can find it in the Knife Hand store right here. This is a pre-order; if you enter coupon code ModernBudo between now and midnight on Friday you’ll get 20% off the shirt.