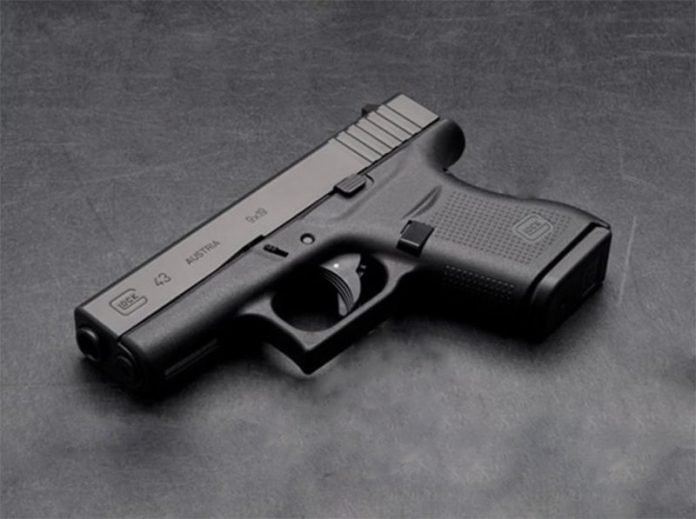 Sometimes we forget about the “basics” of firearms. No matter how fast we shoot or how accurately we shoot from long distances, there’s still some sort of basic fundamentals used. From the proper loading of magazines to acquiring a self-sufficient holster sometimes can be a task. There are hours of trial an error, positioning and repositioning, ballistics tests, and most things that need to be accomplished isn’t done in a single day.

I attended a 2 day firearms training course and I went there thinking I was the man and I knew I would be in the top 3 of shooters. Failed mission! That day I was introduced to a new way of shooting, “the basics!”

We first started off from the 25 yard line, center mass target shooting. Then we progressively got into doing the 15 yard pie plate knock down drills. And I said to myself, “now I’m about to get in some work”.

With 17 rounds in the magazine and 1 in the chamber I began my destruction of 6 steel targets, at least I thought. At the sound of the buzzer I ran from the 25 yard line to the 15 yard line and immediately knocked down 2 plates within a second of drawing my weapon and the reality of forgetting the basics kicked in.

All I heard was “you’re shooting low, you’re dipping, low, low left, and what the hell are you doing?!” After licking my wounds and being out shot by a 20 year old who couldn’t even rent a car, I went back to the basics.

Target, feet positioning, squaring up, grip, draw, positive connection with support hand, sight alignment, trigger squeeze and target reassessment. After hours and hours of practice, or should I say perfect practice, all of this can be done within a blink of an eye and not necessarily in that order.

The question that needs to be answered after all of this has been accomplished is: “What’s My Next Move?”

Sam has been in federal law enforcement for 6 years. During his brief time with his agency he was tasked to play an intricate role in the successful organization of a Tactical Response Team. He has trained with some of the top law enforcement agencies and shooting/tactics instructors in the US. His prior experience came from approx. 9 years of local law enforcement working in one of the top five most dangerous areas in America. Of those years, 7 were spent on the city SWAT Team, 2 years in Street Crimes and he spent hundreds of additional hours working DUI. Sam has over 200 tactical missions under his belt, and over 400 drug and warrant arrests. During his career in law enforcement he successfully completed and received several certifications to include: • Arkansas Law Enforcement Training Academy • Federal Law Enforcement Training Academy (FLETC) • NRA Law Enforcement handgun/shotgun Instructor • Basic Firearm Instructor • Basic Tactics Instructor • Law Enforcement Instructor Training Program • General Instructor • Rappel Master/Instructor • SWAT Level 1 Certification • Basic/Advanced SWAT Certification (Illinois State Police) • Active Shooter Response • Individual Protective Measures Training Program • Protective Service Operations Training Program • Dignitary and Witness Protection for Law Enforcement (LEGION) • High Risk Environmental Protection Program (LEGION) • First Aid/CPR/TCCC • Hand to hand assault/counter assault • Advanced defensive driving Sam was deployed to an active war zone for several months, where he was a team leader for motorcade movements while overseas in hostile territory. His responsibilities were scheduled pick-up/drop-offs, route recon, advanced firearms training and emergency Quick Response Force training for his team. Jay subscribes to the Spotter Up way of life. “I will either find a way or I will make one”.