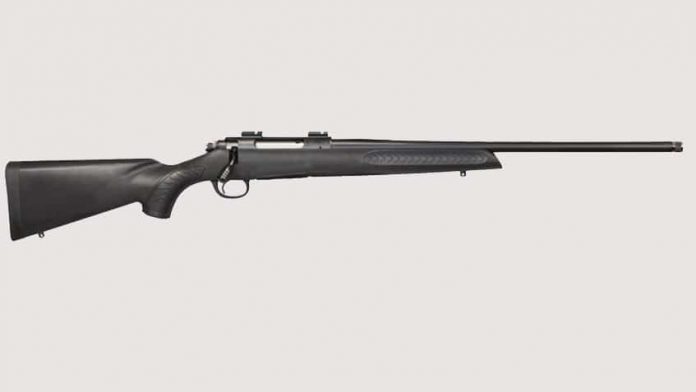 Accidental discharges are at the center of a recall issued yesterday by Thompson/Center Arms on their Compass model of bolt-action rifles.

The gun maker announced in a press release that depending on the height and position of the Compass rifle, as well as other factors, a chambered round may fire if the long gun is dropped with the safety in the fire position.

The gun manufacturer says its imperative for all Compass owners to immediately stop using the long gun and return it to a Thompson/Center right away.

“Safety is paramount to us, so we are taking this measure to further enhance performance and to meet our customer expectations, with the goal of reducing the chance of an accidental discharge should the rifle be dropped,” the release published on the company’s recall page said. “Because the safety of our customers is our utmost concern, we ask that you stop using your rifle until corrective action can be taken.”

The recall applies to all Compass models manufactured by the company prior to Sept. 16, 2016.

This isn’t the first time the Massachusetts-based company has faced a major recall. In the summer of 2013, Thompson/Center Arms was forced to recall all bolt-action rifles in their Icon, Venture and Dimension lines. Those models were found to have defective safeties that would not engage properly.

The Compass rifle was just introduced earlier this year and promised a load of features with a $399 price point.

Compass customers impacted by the recall should contact Thompson/Center at 855-512-5935 to receive instructions on shipping and a label to return the rifle. Guns will be repaired at no cost to customers and the gun manufacturer aims to get shipments back to consumers quickly.