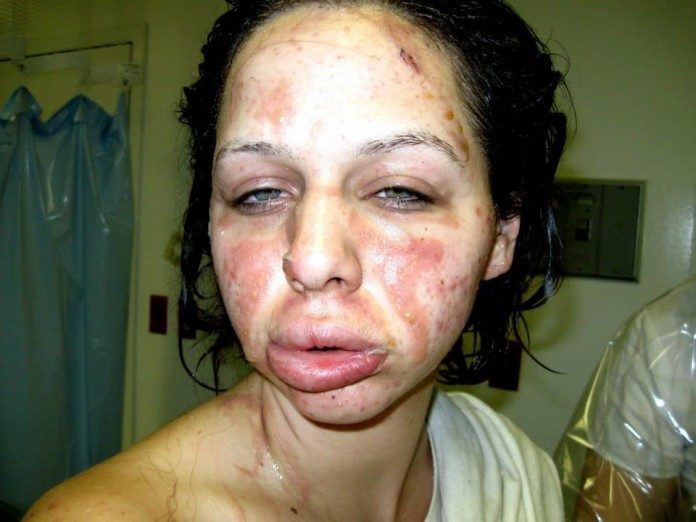 My name is Samantha Harris. I’m a 23 year old college student living in California with a part time job. I live with my doting boyfriend and have a wonderful family. I have four siblings, 3 of which are older than me, and one who is younger. My mother and father are separated and my step-families have all departed from my life.

I grew up in a small, tight-knit community on the outskirts of Bakersfield, California. Having older siblings, I had the privilege of meeting some of the older children from the neighborhood. These individuals all became a family of sorts, with all of us supporting one another and maintaining contact even after everyone had packed up and moved on with their own, new families. After my father left, my mom remarried and I gained four additional siblings, but after 7 taxing years of marriage, this too came to an end.

When I was 17, my life revolved around my friends and school. I had dreams of going into culinary school to be a chef and was both excited and anxious to set out on my own. After school one day, my mom announced to me that my step-brother Anthony would be moving back in with us. She explained that we were tight on money and needed extra support and that Anthony was in need of a home. I had never been fond of Anthony, as he was always loud and short-tempered but I kept my thoughts to myself.

Anthony moved in the following week, and we worked quickly to unpack his belongings. He mentioned in passing that he had been laid off from work at a children’s hospital in Chicago and wanted desperately to go back to work. One evening, after finishing the unpacking process Anthony set out to contact old friends and managed to get a hold of his friend, Josh. I had known Josh throughout my entire life, longer than I had known Anthony. My family was close with his, and Josh’s house became a place of comfort and relaxation for many of my siblings. Still, I was always on edge around Josh knowing his short tempered personality and affinity for substance abuse.

Anthony excitedly told me that Josh had invited him over to his house for a beer and asked if I would like to join the two. I quickly declined the invitation, knowing this could either be the potential for disaster or ensuing boredom. Anthony urged me to come along, insisting that we would only be there for “5 minutes.” Those 5 minutes became the longest 5 minutes of my life. Anthony and I loaded into our barely running Ford Expedition and took to the backroads of our neighborhood. Josh lived with his parents, less than two miles away from us. We arrived within minutes and parked on the back acre, next to his work trucks.

Anthony and I got out of the Expedition and found Josh in his shed, hard at work. As we approached Josh, it appeared as though he had not noticed our arrival and continued about his work. We walked over and greeted him, only to be ignored. I asked him if he would rather us come back later, to which he replied, “No.” Anthony, seeing Josh lent a helping hand. The two of them made small talk while they collected wet brush and tumbleweeds, placing them into a small burn pit. I stood away, texting my friends while the two worked.

I noticed Josh walk into his shed and grab two gallons of gasoline, presumably for the fire. The two worked to ignite the fumes, standing close to the pit and pouring endless amounts of gasoline into the pit. As the two struggled to ignite the fire, I walked a distance away from the pit so as not to get burned by the ensuing fire. Finally, the fire grew at the bottom of the pit leaving the two men to celebrate their small success. I began walking away from the scene when I noticed Josh still had a canister of gasoline in his hands. Josh and I stood opposite of one another and briefly made eye contact before he sprayed me in the face with gasoline. I was instantly engulfed in a raging fire and quickly inhaled. I don’t remember much but my head hitting the cold, wet ground, my face still burning. Anthony and Josh worked to put out the flames, but I was quickly losing consciousness. Anthony rushed me over to a water hose and removed the debris from my eyes.

Being the middle of January, I shivered under my wet clothes and quickly went into shock. I looked around the property to find Josh but was disgruntled to see him casually drinking a beer. I quickly realized that neither Anthony nor Josh would be seeking medical assistance and I assumed that I was fine. Anthony quickly rushed me over to the Expedition and told me to wait while he gathered our belongings.

As we drove down the back roads, Anthony told me to not look at my reflection, afraid of what my reaction might be. I remained silent when Anthony suddenly told me not to tell anyone what had happened. Confused, I asked him what I should tell my mom to which he replied that he would handle it. My mom was waiting at the front door when we arrived. Startled, she asked what happened. Anthony explained to her that there had been a freak accident and that I had been caught in a nasty gust of wind when Josh worked to ignite the small fire.

That night, I was rushed to a nearby hospital where it was determined that I had sustained first, second, and partial third degree burns to my face, neck, and lungs. It wasn’t long before a sheriff entered the room and explained that he was called by the hospital staff and was suspicious of the underlying circumstances of my burns. He requested that my mother and I file criminal charges against step-brother and Josh. I refused, explaining that these were two men that I had known throughout my entire life and that they would never do anything like that. The sheriff gave my mother his card, insisting that we take time to reconsider our decision.

After the sheriff left, I was immediately transferred to a Burn Hospital where I underwent 3 grueling surgeries in an attempt to save my face and lungs from further damage. Upon my release from the hospital, Josh was waiting for me. I remember him sitting beside me as he explained why he wouldn’t be offering an apology. He explained that he simply did not know that I would be so badly injured by his actions and the entire situation was nothing more than an accident.

Josh left the house and was not seen again until my mother and I filed a lawsuit against his parent’s Home Owner’s Insurance. There was a brief moment of hesitation from my attorneys as they explained that my situation appeared to be an assault rather than an accident, and that the insurance company would not offer any compensation if the claim was an assault. Still, my mom and I pushed forward with the lawsuit.

Days later, Anthony left the house in search of a place for better employment leaving an open room for my younger sister to move into. One afternoon Josh showed up at my mom’s house threatening violence against us for filing the lawsuit. I left the house, urging for my mom to call the police department in an attempt to escape Josh’s rage.

The situation escalated when Josh and his father started following my younger sister to local stores when she traveled along, cornering her and taunting her until she broke down in tears. Fearing for our safety, I filed for a restraining order against Josh. Unfortunately, due to my failing of following procedures the restraining order was struck down. In court, Josh claimed that I was “sue happy,” and humiliated him to the point where he could no longer function with his day-to-day life. He insisted that he was the victim and I the predator, the perpetrator of his pain. Furious, I stood and urged for him to stop and leave my family out of the situation, begging him to come to me if he had a problem so that we could set aside our differences. Still, Josh refused.

After we left the court house, my mom, younger sister and I made the decision to go in different directions to further deescalate the situation. My younger sister moved back to Texas and me with a close friend. The contact between Josh and I became less and less, with years passing before he would make an attempt to contact me.

Still, the totality of the situation left me with severe Post Traumatic Stress. I became afraid to leave my house without the constant fear that he would be there, watching and waiting for me to be alone. I stopped talking to friends and family out of fear and embarrassment that he would somehow find me, or worse; he would find them and hurt them to get to me. I spent much of the last 7 years fearing for my life and safety.

I’ve spent 7 years reviewing every moment from that incident, wondering if there was anything I could have done differently and, if there was then what could it have been? I was young, naïve, and took situations for granted, and this is where the answer lies. Had I trusted my instincts telling me not to go with Josh and Anthony, there’s a possibility that none of this would have happened. I failed to utilize basic survival instincts, such as situational awareness or self-defense tactics.

Over time, I came to an understanding that I had the correct instincts but failed to use them. With this, I transformed myself from a victim to a fighter. For the first time in years, I felt like fighting for my life rather than taking a back seat to my survival.

Now, I see an opportunity for survival. I have a solid understanding that my life is in my hands, and that if I utilize situational awareness and self-defense tactics that I can fight for my life rather than simply survive. I’m no longer upset over what happened, and I’ve made it a point to discuss the situation with others in hopes of sending a message of survival and inspiration to those that find themselves struggling with difficult situations. I urge others to use their instincts and to learn about situational awareness, as it could be the defining line between life and death.

Today, my life is bursting with positivity. I’ve made it past my personal darkness and am now pursuing a dedicated career in Federal Law Enforcement with hopes of someday joining the military. I’m completing my BA in Sociology and will go on to pursue my Master’s Degree in Homeland Security. I have a wonderful boyfriend that takes absolute care of me, and we have hopes of one day starting our own life together. The truth is, my life didn’t end that day in the fire; it simply just began. 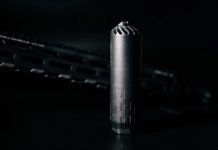 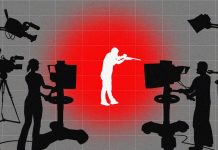