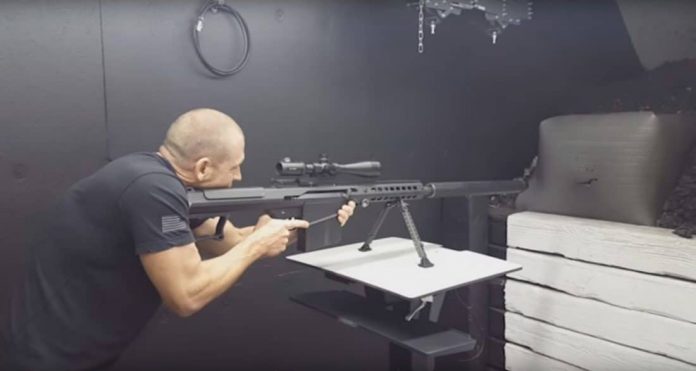 Utah-based Operators Suppressor Systems (OSS) coughed up a .50 BMG suppressor that, when mated to a Barrett M107, sounds about like Hollywood.

Started in 2007, OSS prefers to refer to their suppressors as “signature reduction devices” in company literature and we have to admit they look pretty sweet.

And in the above video, OSS Founder Russ Oliver demos a new .50 caliber suppression system mounted on a Barrett from inside a 10′ X 10′ Conex, which aren’t really noted for their sound propagation.

Of course, suppressors always sound different on video due to the way microphones work, but you will get the idea.