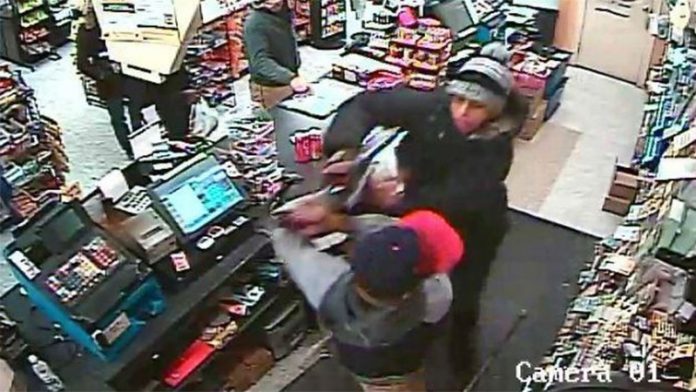 Much of Green Beret training involves predicting the uncertain future with limited information. Special Forces operations may succeed or fail based on the ability the men planning the mission to predict and avoid danger.

Last week, shortly before 3 a.m. local time, there was a jewelry store robbery inside the Bellagio hotel-casino complex in Las Vegas.  The robbery featured three masked suspects, at least one armed, smashing windows with sledgehammers while wearing tuxedos and animal masks. 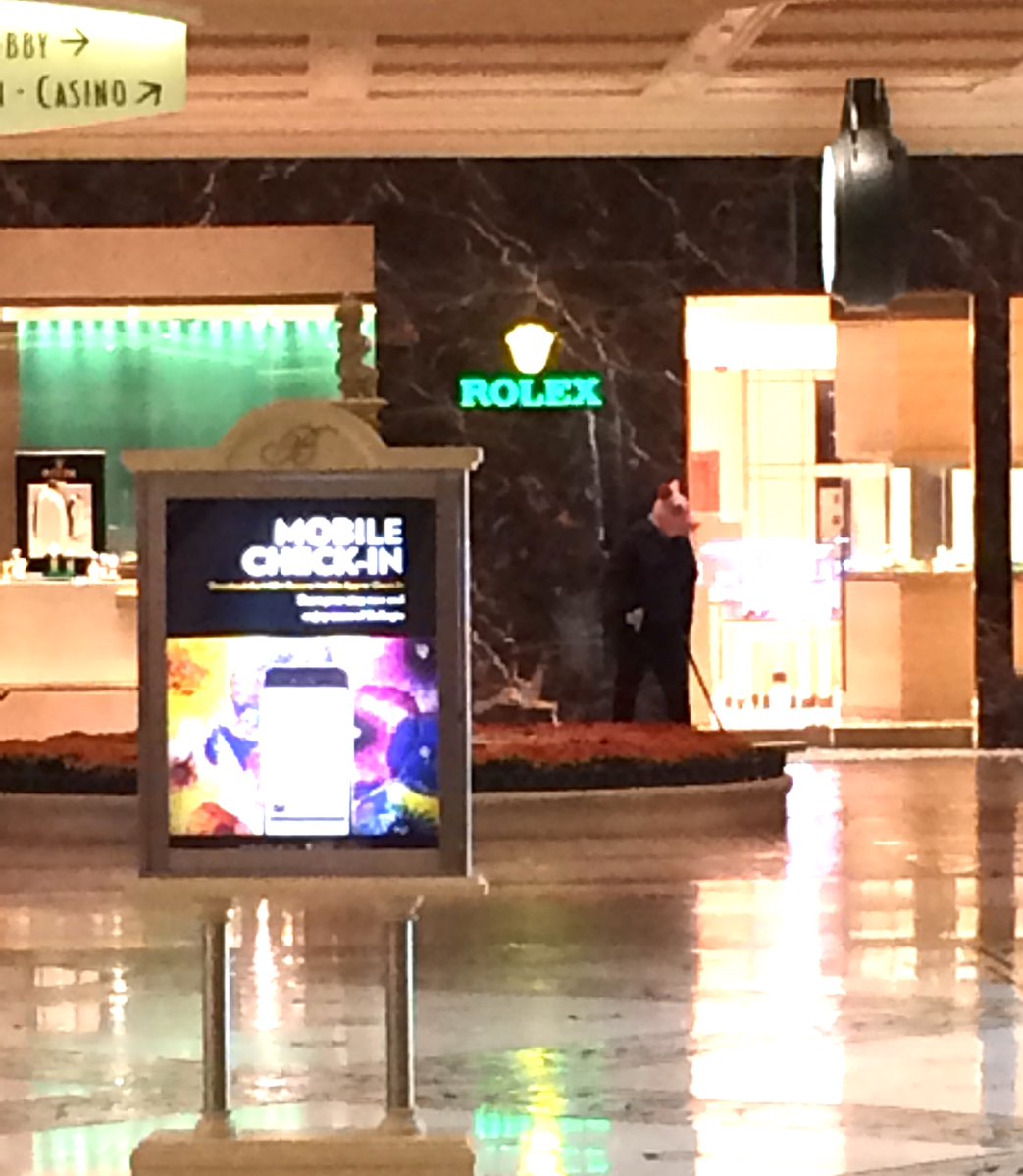 Imagine that you, like the Twitter user Kir_Kamil who posted the picture above, stopped for gas on a road trip and saw this unfolding before you.  “It is like a movie, it’s just crazy,” Las Vegas Metropolitan PD Lt. Carlos Hank told the Las Vegas Review-Journal.

Being in a gas station or a “Stop and Rob” as police call them in the middle of the night is unavoidable if you make long car journeys.  When traveling, or shopping at 3 am, you must employ more than a little caution.  As Grandma Miller used to say “Nothing good happens after midnight”.

There are hundreds of security camera captured store hold ups on YouTube.  If you don’t have a mental image of how things go down, go watch this one, I’ll wait.

Going any where there are valuables or money, your awareness should be heightened. If it is 3 am and the place also sells Malt Liquor, doubly so. Look for things out-of-place, like three guys in hoodies with a car idling outside the door.

Courage is not the absence of fear, rather, doing the right thing in spite of it.  Inappropriate courage has killed countless millions. Fear can save your life. Fear tells you avoid that stranger, leave the store or  call 911.

In Gavin de Becker’s great book “The Gift of Fear” , he explains that our deepest feelings are derived from millennia of evolution generating an intuitive message of visceral fear. Combining this uncomfortable feeling with rational principles, you may predict and avoid personal violence. If it doesn’t feel right, leave.

By simply looking around and avoiding situations which don’t look right, you can tremendously reduce your risks.  What do you do when through inattention or plain bad luck, you wind up in the middle of an armed robbery?

There are two general reactions to hearing about some violent act: The sheep think, “Thank God I was not there; I would have died.” The sheep dogs think, “If I had been there, I could have done something to stop it.”

No one can plan a response an unpredictable attack like the robbery at Bellagio.  One can, however, think about how to think. We can prepare and strengthen ourselves so that when we find ourselves there, we will be ready and able to do all that we can do.

The first thing I want to do is figure out what is going on and asses my situation. Robbers are different from active shooters or terrorists.  Most robbers don’t aspire to murder, they just want to grab things and escape. Professional thieves don’t want to hurt people, that leads to manhunts and long jail sentences. Sadly,  the world is filled with enthusiastic amateurs and we must determine which of them we face.

If I see three guys in tuxedos and pig masks breaking a jewelry store window, I am going to look at them real hard for a few seconds and move in the opposite direction.  Once my family and I are safely, I will call 911 and give them the best description I can.

There may be noise and movement. People will panic and become confused. Those who know the location of the fire exits and egress routes will have an advantage. The first people to recognize there is a robbery in progress have more time to plan and act. Situational awareness is the primary survival skill. Recognizing the problem is the first step in solving it. The first to move escaped.

If I can’t leave, I will try to avoid blocking their escape route and look non-threatening, especially if I have a gun. Police are taught that if they see something off duty, they should just be good witnesses, this goes double for civilians.  If they start shooting witnesses, we have another problem.

If you aren’t a cop, you don’t have a duty to act. No one can blame you if you take care of your own. You could hit the floor and shield your loved ones with your body. But what happens if you are shot? Your children may have to watch you die, and you will leave them helpless.

If they are shooting people, I must dismiss the false hope that everything may work out if I do nothing. If I freeze like prey, maybe they will move on. Once you are rid of false hope, you are left with action. The truth is, your best odds are to rapidly assess, come up with a plan, and do anything that seizes initiative and initiates movement.

Tony Blauer has done more thinking and study on ambush than anyone I know. He has three golden rules for an unexpected attack:

When we are confronted with any problem, the human mind scrolls through our knowledge base searching for information on how to react. This is often described by survivors as “my life flashed before my eyes.” Your brain is scanning its internal data. “Man with a gun. Is there an app for that?” Merely reading this article makes you more likely to respond effectively. Imagine what a little training could do.

What if the bad man blocks your way out? As I see it, your options narrow to one. There needs to be what Tony Blauer calls a “predator-prey reversal.” Armed or unarmed, you must plan an attack. This is not a foolish act of bravado, it is the only logical alternative to imminent death for you and perhaps your loved ones.

If you can’t run and you can’t hide, you have to fight. You have the rest of your life to remember the fighting style you studied in your youth or develop a new one. Noise and confusion effect the bad guys too. They will pause for reloads, jams or distractions. Look for those and be ready to act.

Even if you have a gun, you may not have a shot. A bad guy wearing Body armor might negate center-of-mass handgun shots. You need to get close. If you don’t have a gun, you shouldn’t just wait to die. I may get shot trying to take his gun, but I may get his gun.

I will do everything I can to protect myself, my family and my neighbors. That may mean running and calling 911 or fighting to the death. I don’t control that, bad guys and circumstances do.

Green Berets prepare themselves for calm decision-making under stress.  They know there is wisdom in innate fear and no shame in avoiding a fight if you can. They also know that when some one unexpectedly brings a fight to you, you can win,  You have to win.