Although I spent the better portion of my twenties running around the world with a fresh fade and my boots bloused, the line of work I was in both before and after serving in the Marine Corps was in the racing industry. Most folks might be surprised to know that there are some real parallels between racing and military service – the aloof and pretentious drivers (officers), the salty old enlisted guys with decades of experience (master mechanics), and the ever-present tension between the folks that bust their asses in the air-conditioned offices, versus the folks that busted their asses on the tarmac.

Yeah, I said some folks busted their asses in the air-conditioned offices. Having worked on both sides of that divide, I can honestly report that changing tires on a scorching hot day in black Dickey’s is rough, but so is trying to survive budget cut meetings in a pair of Khakis. The misery comes in different forms, but it’s there nonetheless.

Working in the racing world gives you a different perspective of the vehicles we drive around in every day. The exotic cars that most of the world sees as precious and fragile tend to get the farm equipment treatment in the warehouses I worked in, for instance. Dodge Vipers, Porsche 911s, BMW M3s – all really cool cars, but working on, in, and around them all day tends to knock them off of the kid’s poster-pedestal and squarely into the “stuff I bitch about at work” category.

Viper’s side pipes run god damn hot, so prolonged highway driving is sort of like going places inside an Easy Bake Oven. My size 13 shoes make it so I can either press all the pedals in a Porsche, or none of them at all – so I usually had to drive them barefoot with my toes. These aren’t things that make me not like these cars, they’re just the stuff that widdles away at their legendary status until you start to see them for what they are: pieces of equipment with a specialized purpose – just like a rifle, a plunger, a forklift, or an Apache gunship.

A room full of tools for different tasks.

This distinction is an important one to make for a number of reasons. In the realm of survival preparation, where my professional experiences turning wrenches meets my professional experience slinging lead, knowing that those awesome pieces of equipment you pine for are going to break down, need repairs, and in tough circumstances, require a whole lot of love informs the type of vehicle you want to bring with you into a fight for your life.

As awesome as this scene in “I am Legend” is… a Mustang isn’t actually very practical for getting around after the apocalypse.

My brother, whose racing pedigree runs far deeper than my own, buys cars the way I buy guns: sometimes because it’s one he’s always wanted, sometimes because it serves a specific purpose, and sometimes, because he found a great deal. While I drive around in a beat up old SUV, his mountain garage houses an SRT-10 Viper, a Dodge Charger Hellcat, a supercharged 350Z, a turbo-diesel Ram 2500, Audi S4 and so forth… It’s like pulling up to a car show whenever I stop by at his house, and if I’m honest, I wouldn’t actually want most of his incredible rides to be my primary mode of transport in a disaster.

Although my brother and his son will likely be riding in matching style.

Modified cars, like cars built for the race track, are pretty touchy. Forced induction (which can come in the form of superchargers, turbochargers, and in practical effect, nitrous oxide sort of serves the same function) requires the careful management of the air to fuel ratio to ensure the engine doesn’t start running too lean or too rich. High boost or compression situations requires the use of extremely stable fuel (as measured by octane rating) and unless you’re near a race track, it can be tough to find gas with better than a 93 octane rating (fine for most unmodified forced induction applications, but not for those of us with a boost controller and the Fast and Furious on DVD).

Have you ever changed a tire? I don’t mean pulled the lug nuts and then swapped a tire and wheel onto your vehicle, I mean, have you ever used a machine to separate the rubber from the rim, then put a new one on, inflated and balanced it? If you haven’t, it’s honestly not a terribly difficult job… until you have to do it with 350mm wide, low profile performance tires on a 20 inch rim (like you’ll find on most high performance vehicles nowadays). If the equipment you’re using is old or cheap, it may not even be able to support wheels that big. And, of course, that’s assuming you have access to equipment at all.

These aren’t the only problems you’ll run into when driving your freshly claimed Corvette ZR-1 through the post-apocalyptic wasteland. Ground clearance on high performance cars would undoubtedly mean you wouldn’t get far anyway, so you may not even get to having to worry about finding enough synthetic motor oil for the frequent fluid and filter changes you’ll need to do to keep the stressed-out motor happy, or the fact that supercars like Ferraris often require things like an entirely new clutch to be installed every few thousand miles.

By now, you may be thinking, “okay, so I can’t drive around the apocalypse in a souped up Supra or a even a bone stock 488 Spider… but that’s not what I’d want anyway. THIS is what I want!”

I’ve driven a fair number of expensive Mercedes in my life, but admittedly, I’ve never driven their 6×6. Nonetheless, I can glean a number of things simply by looking at this picture:

Listen guys, I’m not saying that exotic and modified race cars aren’t cool (in fact, I love them) nor am I saying that you shouldn’t buy that Army surplus M939 6X6… I also love those… but remember that a survival situation, by its very nature, is brutal and unforgiving on not just you, but your equipment as well.

An Ar-15 is a valuable tool in a survival situation, but none of us would be surprised to learn that its value begins to drop significantly if you don’t have the means or the know-how to properly maintain it. Without proper maintenance and a steady source of ammunition, your AR-15 quickly becomes a club, and without replacement parts and the ability (both in terms of equipment and knowledge) to maintain your vehicle, it too quickly becomes useless. In a survival situation, it’s not about what will work best in the next three days… it’s about what will keep working for the long haul.

You’re better off with your old Jeep Cherokee, assuming you know how to change its oil and its running standard sized (and easy to find) tires, than you are with an up-armored Humvee you couldn’t replace a ruined tire on even if you had a spare. In a long-term survival setting, you’ll probably see me tooling around in a just about stock Toyota Tacoma that’s not much younger than I am. After all, if the world’s already ended – who are you trying to impress?

Feature image courtesy of Pexels.com, all other images courtesy of the author unless otherwise noted. 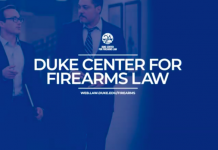 Parsing the 2A to Invalidate Individual Gun Rights 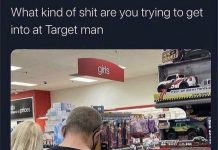