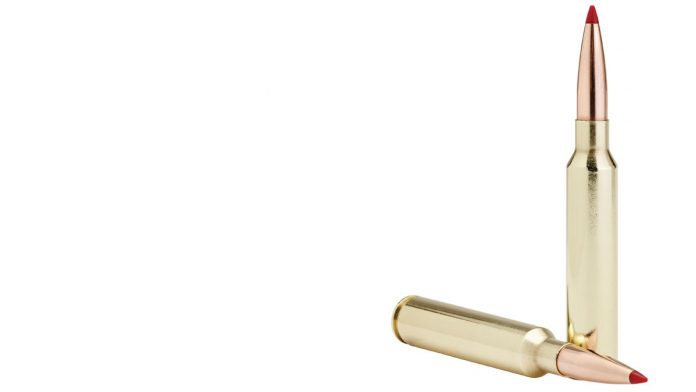 The 6.5 PRC has gained a respectable following since Hornady Mfg released it two years ago. Long-distance shooters and hunters desire the Precision Rifle Cartridge for the additional power it brings to its predecessor, the popular 6.5 Creedmoor. While still young, the 6.5 PRC is building on 6.5 Creedmoor’s reputation. Today, more than a dozen manufacturers and small custom shops make rifles chambered in 6.5 PRC.

Drew Foster, owner of Idaho-based custom shop Axial Precision Rifles, described buyers wanting 6.5 PRC rifles as “people who want to punch paper a long ways off, or hunters who want ultralight guns with the most punch possible out of their rifles in a compact light platform.”

“We chose to chamber our rifle and load ammunition in the 6.5 PRC because it is popular. The long and the short of it, is that it sells,” Foster said. As for the benefits, he called it “a consistent cartridge that shoots accurately with consistent velocities in a variety of different loads.”

Foster added with the Axial Precision Mountain Shadow rifle with a 20-inch barrel, he was able to get roughly 3,000 FPS using the Hornady 6.5 PRC 143 grain ELD-X.

Iconic Browning Arms now includes 6.5 PRC in the X-Bolt series. Aaron Cummins, a spokesman for the Utah gun maker, explained Browning found the round “to be a wonderfully accurate cartridge.”

Although the round was built with an eye toward long range target shooting, Cummins explained Browning’s offerings will be geared more toward hunting. “We expect to sell more hunting guns than target guns,” he said, adding Browning is a hunting company at its core. However, “we also expect our long range rifles to be able to fill a crossover role of both hunting and target shooting.”

While praising the round, Cummins explained that it had earned high marks when Browning tested its accuracy. “The 6.5 PRC fills a spot where the current high volume cartridges do not fit,” he said. “Accurate, long range oriented with high BC bullets going fast (for a short action), a combination that isn’t to be found with off the shelf ammo currently.”

In 2019, Georgia-based Bergara USA made available four rifles chambered in 6.5 PRC. The Bergara Ridge above is one such rifle.

Utah-based Christensen Arms offers a 6.5 PRC option for most of its custom bolt-action rifles because they had received a large demand from their dealers, explained company spokesman Cade Penney.

“The 6.5 PRC is faster and flatter than the Creedmoor,” he said, adding most of their buyers are dealers and their customers are mostly hunters.

Fierce Firearms offers a host of custom rifles, including the Carbon Fury, in 6.5 PRC. Options include carbon stocks, carbon or steel barrels, and proprietary actions.

GA Precision, owned by the creator of 6.5 PRC, George Gardner, offers custom and commercial rifles chambered in the specialty round. The company called the “non-typical” rifle a “workhorse.”

Wyoming-based Gunwerks makes “complete shooting systems,” meaning piecing together the rifle and all the accoutrements for success on the range.

Texas-custom gun maker Hill Country Rifle spokesman explained their customers have loved the success they’ve had with 6.5 Creedmoor, so 6.5 PRC was a no brainer. “We jumped on the 6.5 PRC because it has much more energy than the 6.5 Creedmoor and, while recoil is not as low as the Creedmoor, is it substantially less than other magnum rounds,” the spokesman said

In testing, the company reported that the 6.5 PRC is “a low recoiling cartridge that handles cross wind very well, with ample energy for deer sized game, even at longer distances” and added that “the 6.5 PRC is an ideal round for Sheep and Mule Deer.”

The MCR Certified Magnum Ruger is Hill Country Rifles most recent offering in 6.5 PRC. The company touts the rifle can shoot sub-inch three-shot groups at 100 yards.

Horizon Firearms president and founder Derek Ratliff said his company adopted 6.5 PRC early on. In fact, the thinks he might be the first person to successfully bag game with it after the round became commercially available. “We had the (Hornady 147 grain 6.5 PRC rounds) and my boy and I shot an aoudad pretty quick after we got them,” he said and added that he has planned an African hunt with 6.5 PRC rifles later this summer.

But Horizon made the decision to make 6.5 PRC a standard offering because of the success of 6.5 Creedmoor. “What we found out is yes we could kill elk and stuff (with 6.5 Creedmoor) at 400 yards and plus. A lot of people are doing it out there with the 6.5 Creedmoor, but the biggest deal is the PRC just gave you a little more pop.”

Ratliff explained the extra power would allow a hunter to use a shorter barrel. And he’s not just the owner, but he also a shooter. “The reason why I personally switched over is that I could get the same velocity with the same bullet in a 22-inch PRC (barrel) that I can with a 27.5-inch Creedmoor (barrel),” he said and

Ron Petty, the chief executive of Montana Rifle Company, said they added 6.5 PRC because “we are always on the cutting edge of new technology,” which meant including “new calibers developed for the consumer and military markets.”

Petty praised Hornady, saying the company “is taking the lead in development and also improving existing  ammunition offerings.” He called 6.5 Creedmoor “a ballistically ‘perfect’ round,” so precision shooters were undoubtedly excited about the new variation.

“We as a precision manufacturer introduced this caliber immediately-as consumer and dealer demand was instantaneous!” Petty said, adding “Customers in this niche looking for long range performance are like golfers: always looking for the next greatest golf ball.”

The Kalispell-based company offers 6.5 PRC as an option for five of its rifles.

The Patriot Valley Arms flagship rifle, the John Hancock, is chambered in a handful of 6- and 6.5-caliber cartridges. Jeremy Jones, a spokesman for the small Pennsylvania-based gun and parts maker, explained market demand influenced them to extend offerings to include 6.5 PRC.

“We initially started with the 6.5 SAUM but the varied offerings of 6.5 SAUM chambers was very confusing for customers and we got a lot of people that through they wanted something different than what we were going to produce,” Jones said. “The SAUM just wasn’t a good fit for a production rifle.”

Then, with with growing excitement for 6.5 PRC and the availability of factory ammo, PVA replaced the SAUM option with the PRC entirely in 2018. “The response has been excellent and customers are very happy with our rifles including the PRC, “ he said.

Jones described PVA buyers as ranging from seasoned shooters wanting “production class” as well as those “new to the sport or on a budget.” Although rifles chambered in 6.5 Creedmoor are still more popular, the PRC is gaining among hunters in western states “where distances are long and the winds are never really calm.”

Massachusetts-based Savage Arms is known for their bolt-action rifles, so it was only logical the company would offer 6.5 PRC. Listed on the company’s website are three rifle offered in the chambering: the 10 GRS (pictured), 110 High Country, and 110 Tactical.

Oklahoma-based precision rifle maker Stuteville Precision offers full-builds and other rifle items. The company’s owner Wade Stuteville explained he was impressed with the 6.5 Creedmoor’s performance. “I started chambering in 6.5 PRC because of the quality of the factory Hornady ammo,” Stuteville said. “My competition customers tend to choose the 6 and 6.5 Creedmoor for reduced recoil and hunters choose 6.5 PRC for flatter trajectory and increased energy.”

A spokesman for Seekins Precision that to her knowledge the Seekins Precision Havak was the first production rifle offered in 6.5 PRC. “We decided to offer this cartridge because of a large distributor interest,” the spokesman said. “On paper it looks good, however, when we started chambering this round two years ago there wasn’t a lot of information out there yet.”

Since Seekins started making 6.5 PRC rifles, the spokesman added it has been “our hottest selling caliber” for the Havak rifle. “This caliber works just as well for hunting as it does for long range precision target/competition,” he said

Over the last decade, the intermediate caliber has earned a reputation among shooters for its flat trajectory, light recoil and high velocity, a winning formula for accuracy. But also 6.5 Creedmoor is known for its versatility: shooters can use it for long-range target shooting or harvesting deer.

In developing 6.5 PRC, George Gardner, who created the cartridge, said he designed the round to test the boundaries set by the Precision Rifle Series. The competitive shooting organization permits any round under .30-caliber that can travel up to 3,200 FPS.

In a Hornady video about the new cartridge, Gardner explained the 6.5 caliber is the largest bullet size that could safely reach 3,150 FPS. “Six millimeters you could get to 3,150 (FPS) but the (ballistic co-efficiencies) were a little bit lower. Seven mills you really can’t get to 3,150 safely — not in a short-action cartridge any way,” he said.

Real world benefits of a more powerful 6.5 PRC are twofold. First, it delivers a bigger wallop after traveling a greater distance — or it can just travel a greater distance. Second, it outperforms with a shorter barrel, which ultimately allows gun makers to create a lighter and more mobile long-distance rifle.

On paper, 6.5 PRC is considered a short-action cartridge, but most gun makers describe it as more of a medium- to long-action cartridge. Due to the larger overall size, 6.5 PRC isn’t exactly compatible with components available for its predecessor (nor should it be expected). Fortunately, the list of 6.5 PRC rifle makers is growing.

For long-range rifles in a variety of calibers, check out the collection in the Guns.com Vault and Certified Used Guns.