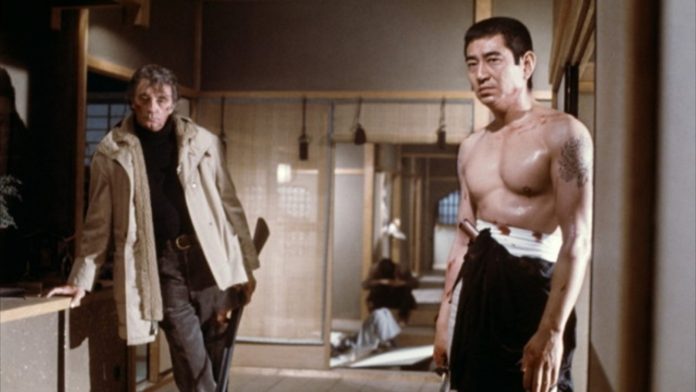 The Yakuza is a 1974 Japanese-American neo-noir gangster film directed by Sydney Pollack. The film is about a man named Kilmer (Robert Mitchum) who returns to Japan after several years away in order to rescue his friend’s kidnapped daughter with the help of a man named Ken (Takura). Ken outraged that his sister Eiko was deeply indebted to Kilmer disappears into the Yakuza underworld.

20 years later Kilmer, once a Marine MP, must team with Ken to make things right. Kilmer ends up rescuing the daughter, killing her father, and losing the woman he loved. There is a moving scene at the end of the film where Kilmer gives Ken a folded handkerchief. He says “please accept this token of my apology” for “bringing great pain into your life, both in the past and in the present.” Ken accepts, and Kilmer asks that “if you can forgive me, then you can forgive Eiko,” adding, “you are greatly loved and respected by all your family.” Ken professes that “no man has a greater friend than Kilmer-san” Kilmer is overcome with emotion and he says the same of Ken. Their obligations now apparently resolved, Ken takes Kilmer to the airport, and both men bow formally to each other before parting. 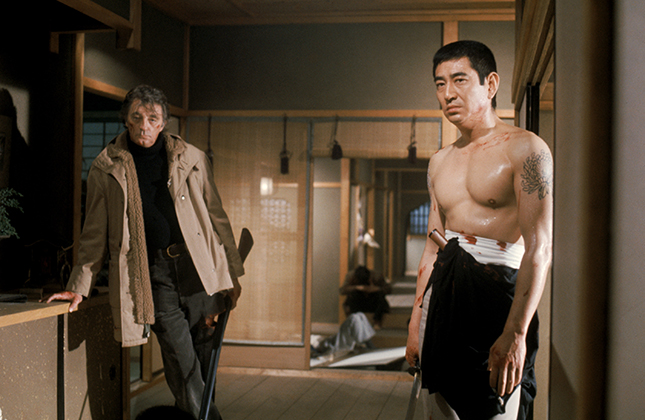 In this day and age there still are men that fulfil their obligations without contracts. They follow through on courses of action to which each of them is morally or legally bound despite the enormous cost to both of them. Each man has lost a lot. Ken loses his sister, Kilmer loses his lover. Today men give handshakes yet break agreements. Men talk trash behind keyboards, and shout vociferously while believing their loud barking is frightful to men who know better.

How things would be different, in our “civilized” world, where we can go back to the gun and the sword to settle our matters. Each man undergoes immense hardship. Though they are from different cultures and their arts, customs and achievements quite disparate their code of honor is very similar. I am reminded of a quote by Morihei Ueshiba, “The samurai is the first to suffer anxiety for human society, and he is the last to seek personal pleasure.” Men like Ken and Kilmer can be violent but deep within their hearts are men who believe in the power of love and respect.