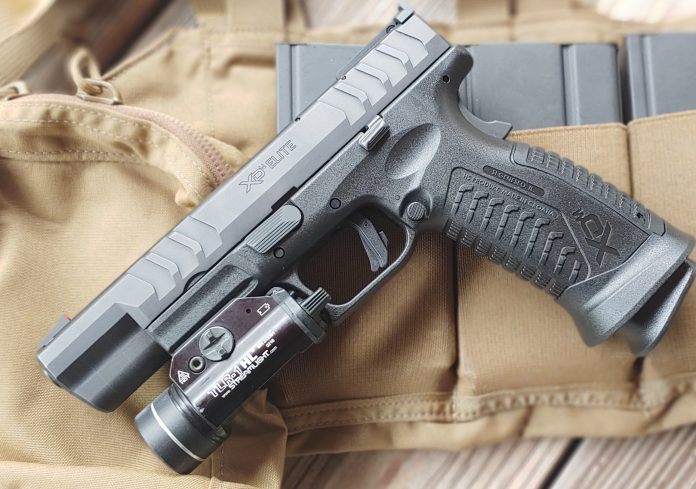 I’m going to be honest, I have zero experience with XD series firearms outside of the Hellcat, which is at best half an XD. Springfield offered to send me one of the new XD-m Elite series, and I chose the Precision model thinking heck let’s try something new. The XD-m Elite Precision is the big boy of the group and features a 5.25-inch barrel. It’s built to be a competition style pistol and is outfitted as such. 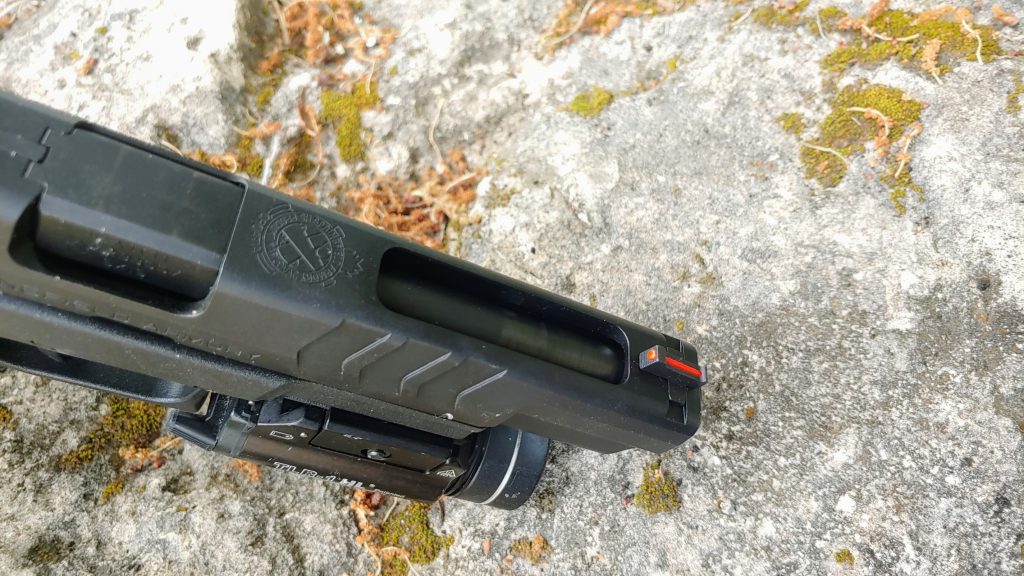 Not only is this my first experience with an XD series pistol, but also with a competition-ready pistol. That drew my interest to the XD-m Elite Precision, a chance to try new things. The Elite series is divided into four different guns. The competition model you see here, an OSP Tactical model, as well as two smaller models for concealed carry.

Ergonomics of the XD-m Elite Precision

The XD-m Elite Precision is pretty well laid out. The ambidextrous controls are certainly a perk for lefties. The grip texture and slide serrations are both deep and natural to get a grip with. The grip angle feels comfortable, and the more substantial grip does an excellent job of accommodating both hands. The slight overhang on the grip’s frame allows for a high grip and protects your hand from slide bite. As a guy with big hands, the gun fits it very well. 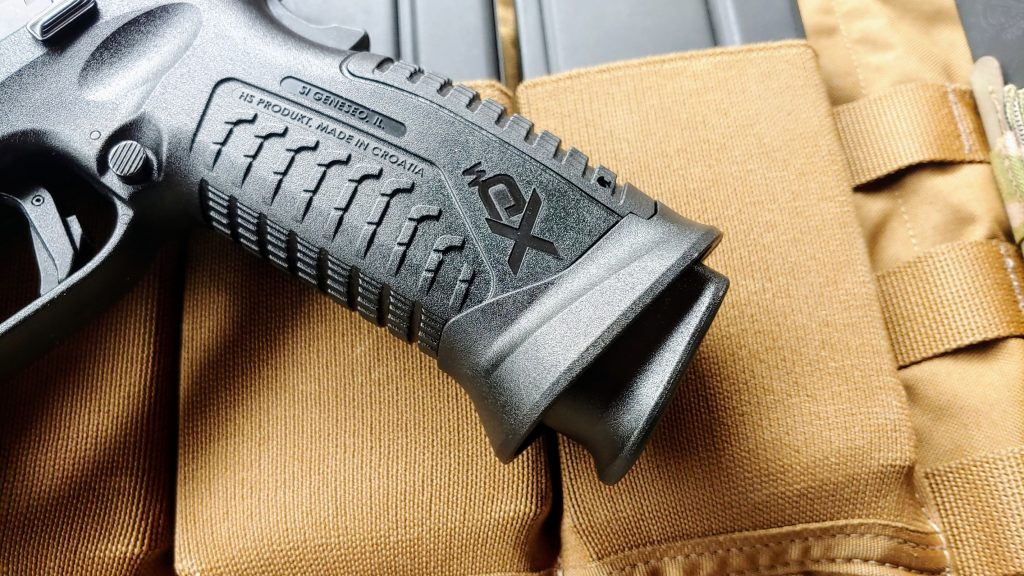 The downside is those same big hands have big thumbs that pin down the slide lock and keep it from working. This happens with nearly every handgun I shoot outside of the CZ P09/P07 and most full-sized 1911s. It sucks, but I’ve learned how to train around it.

Down and Dirty with the XD-m Elite Precision

The XD-m Elite Precision is a big gun, far from concealed carry capable, and this is from a guy who carries a big gun most of the time. The XD-m Elite Precision model weighs 30 ounces and is chambered in 9mm. As you’d imagine, this big gun has a very high capacity and comes with three 22 round magazines. Each magazine is outfitted with a large base pad that makes it easy to draw from magazine pouches and gives them plenty of protection for bouncing off the ground during reloads. 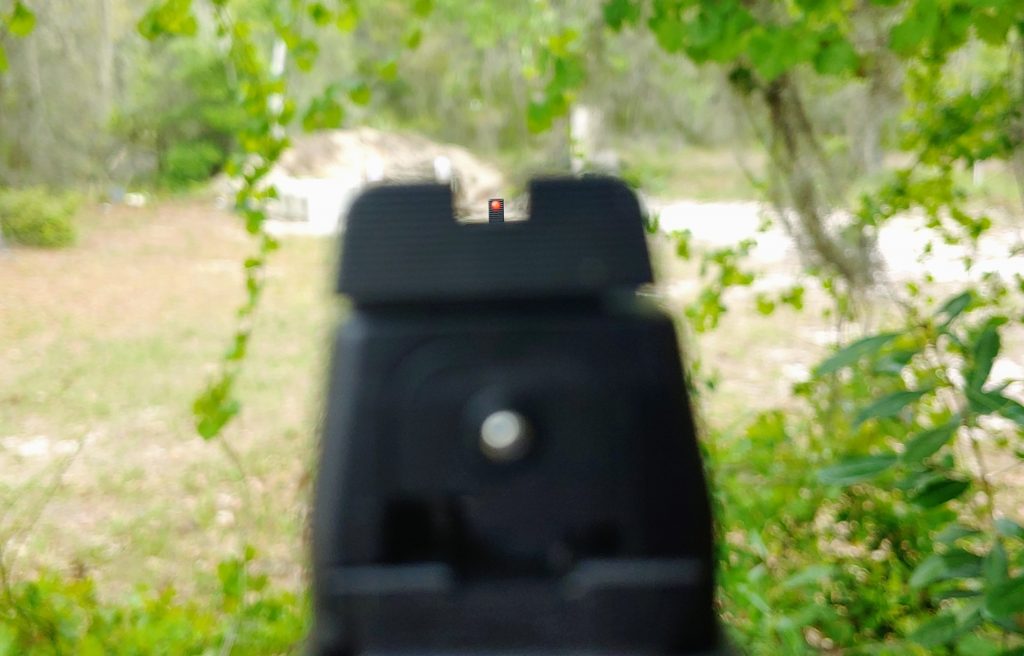 At the same time I was testing this gun I was testing the new Mantis X10 Elite, and this gun got lots of reps with both dry fire and live fire. This may have given me a big of an advantage when it came to shooting for accuracy. On top of that, the gun also has a long sight radius and precise sights, so being accurate is inherently built into the weapon. 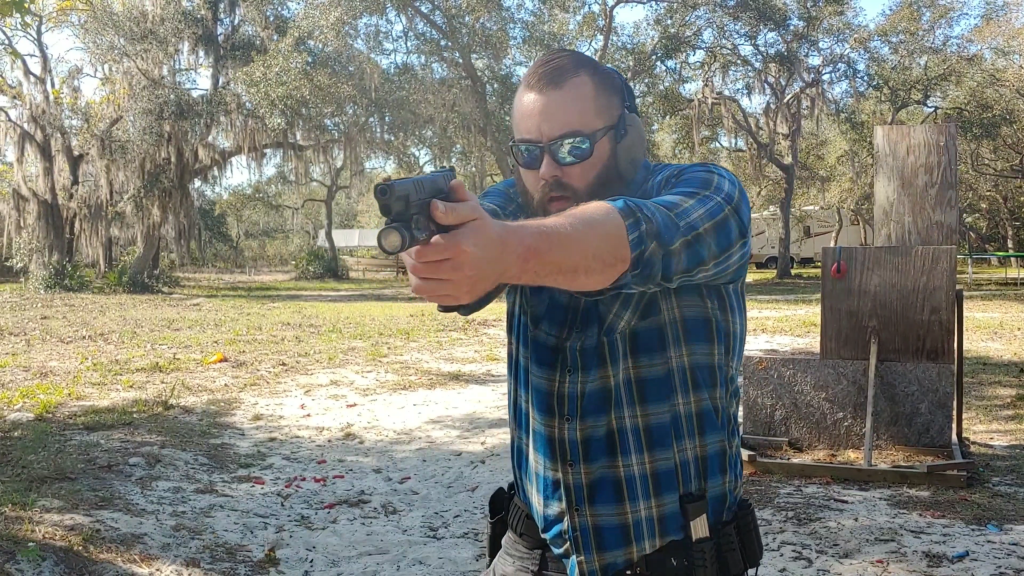 The gun shoots like a laser. I started at 15 yards and dropped T zone shots into a Sage Dynamics target with absolute ease. Backing off the 25 yards and headshots were still doable. Better yet, rather rapid headshots were easy to accomplish at this range. I stopped shooting at headshot targets and moved to 50 yards with a 10-inch rifle gong as my target. Ding, ding, ding was a ubiquitous sound. I heard it more than I missed. At my worst, I would miss about half the time. 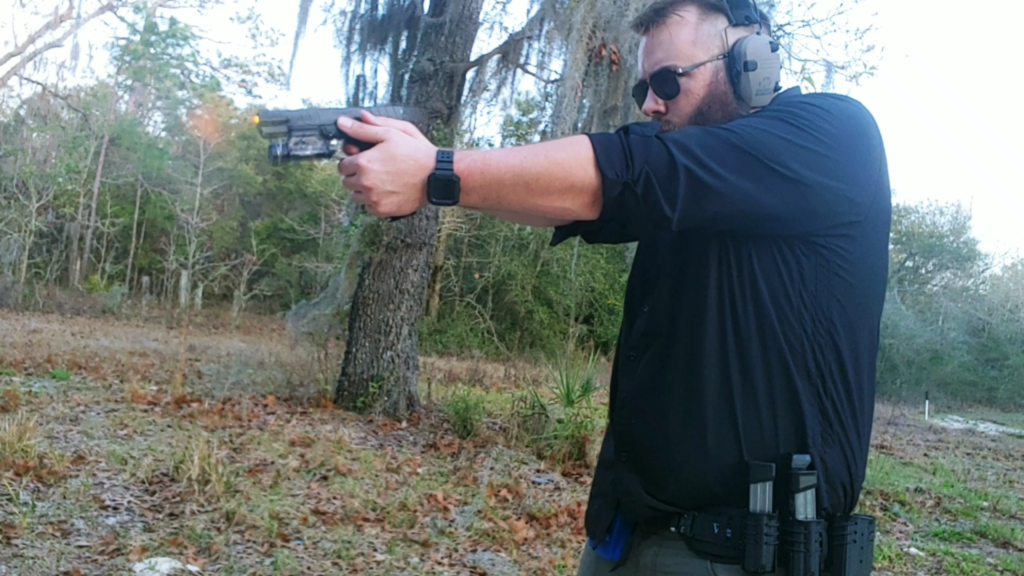 When it comes to more dynamic shooting, the XD-m Elite Precision holds up. Double taps, failure to stop drills, and box drills are all well within this guns wheelhouse. The lightweight slide, the massive grip, and 30-ounce weight make the gun very easy to control and reduces recoil and muzzle flip significantly. My double taps on the failure to stop drills were almost always nearly on top of each other

Shooting this gun and seeing how effortlessly you can shoot well with it makes it hard to go back to a standard carry gun. The weapon is controllable, accurate, and easy to shoot. Target transitions are rapid and accurate, and the control the gun offers gives you the ability to ‘shoot them to the ground.’

I’ve tried to get a lot more practice than usual with this Pandemic shutdown. As part of my training, I’ve been practicing reloading on the move as well as shooting on the move, and I’ve been doing it with the XD-m Elite Precision. This is the perfect gun for me to start practicing these skills with.

It’s big and easy to control, and you can build the fundamentals with a gun like this before moving to a smaller carry gun. Think of it like gun training wheels. It helps you learn the fundamentals of these movements without being overly clumsy. 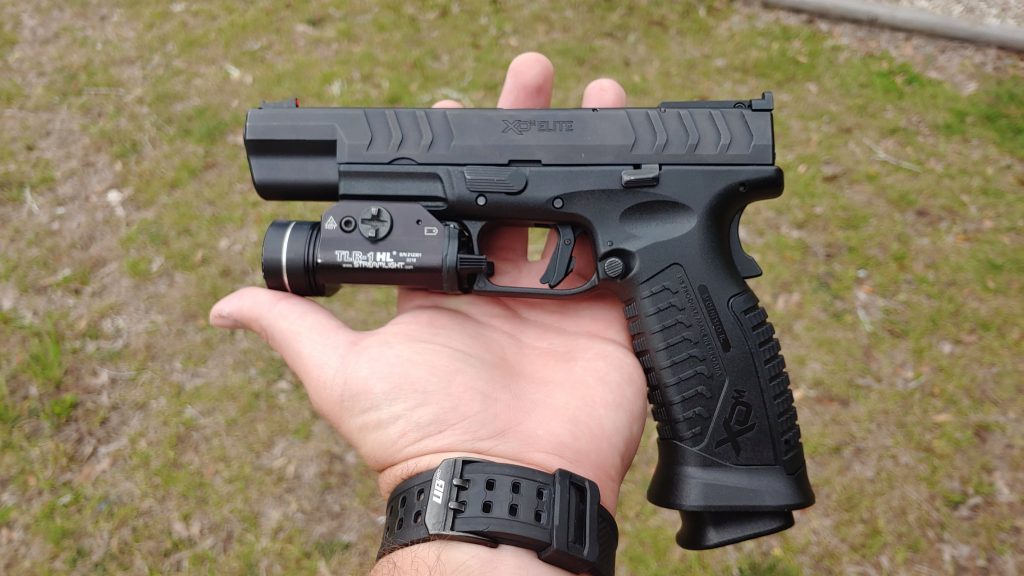 The magazines also seem to take a good amount of abuse without malfunction. I live on a sandhill, and that means most of my yard is basically beach sand. The magazines met that sand time and time again and never seemed to falter or gum up.

Just to see how much faster the magwell funnel design can make, I compared the XD-m Elite Precision with a standard full-sized striker-fired handgun. On average, there was a time difference of .2 of a second. That doesn’t like much until you are behind the gun and against the clock, then it’s a lifetime.

My two complaints are the slide lock, which stays pinned down by my big thumbs while firing the weapon. Additionally, I’m not a huge fan of the grip safety. I thought the Hellcat was wise to get rid of it. Some people like it, but it’s not a feature I want on my guns. 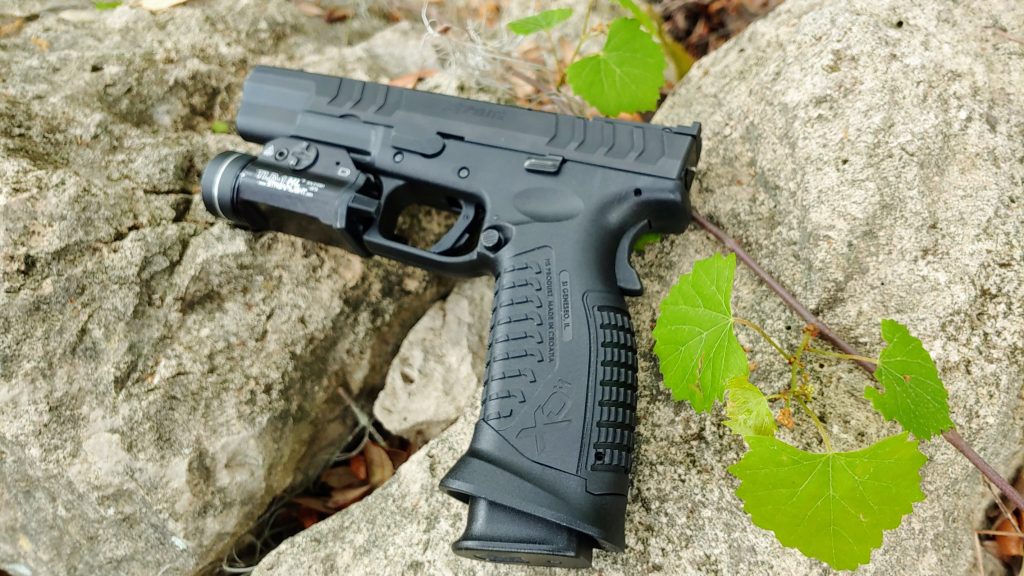 The Springfield XD-m Elite Precision model is also a very affordable firearm, at least for an out of the box competition piece. The MSRP is only $653, and that puts it squarely in the realm of an affordable competition gun. Give it a peek here, and check out the other Elite series models while you are at it.