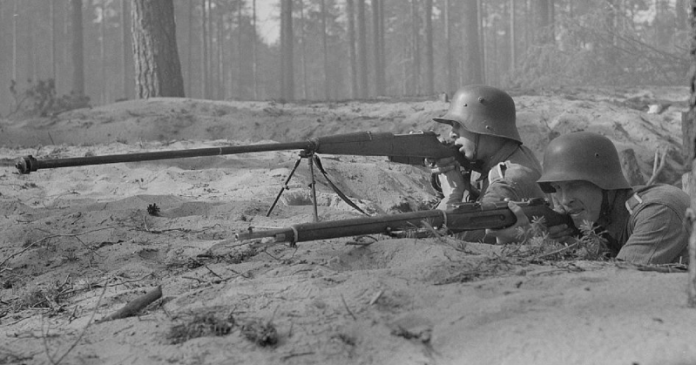 Oh boy, it’s 1918, and you’re in the trenches of World War One. Those dastardly Brits have created something called a tank. This armored monstrosity crosses no man’s land and comes screaming at you over and over. It’s seemingly unstoppable until a big crate arrives, packing a very big rifle. It resembles your Mauser but is absolutely massive. They say it will kill tanks. You’ve borne witness to the first anti-tank rifle and arguably the first anti-material rifle.

It’s one of the first dedicated anti-armor weapons ever fielded and started an interesting but short-lived genre of weaponry. These days the idea of a portable rifle stopping a tank is insane. It just couldn’t happen with modern tanks. However, throughout World War One, Two, and even into Korea, the Anti-tank rifle was an effective anti-armor option. Today we are going to look at five anti-tank rifles that stopped tanks dead.

The first ever anti-tank rifle came as a response to the British tanks. As these tanks crossed no man’s land, German soldiers used this massive, 13mm single shot, bolt action rifle to shut the tank down. This huge rifle was a crew-served weapon with an A-gunner and loader. The rifle weighed 41 pounds loaded with a bipod and was five foot, seven inches long.

Nothing was in place to absorb recoil, and it was said to be absolutely brutal. In fact, it would break the collarbones of some young and unlucky Germans. This unit of a rifle was the only anti-tank rifle fielded during World War One but went on to inspire every anti-tank rifle created after it.

After World War One, the Boys Anti-Tank rifle came out of the land of tea and crumpets. Captain Henry Boys developed the rifle. He sat on the British Small Arms Committee at the Enfield facility. Captain Boys died right before the rifle was formally adopted in 1937. The Boys was notably a fairly well-thought-out rifle. 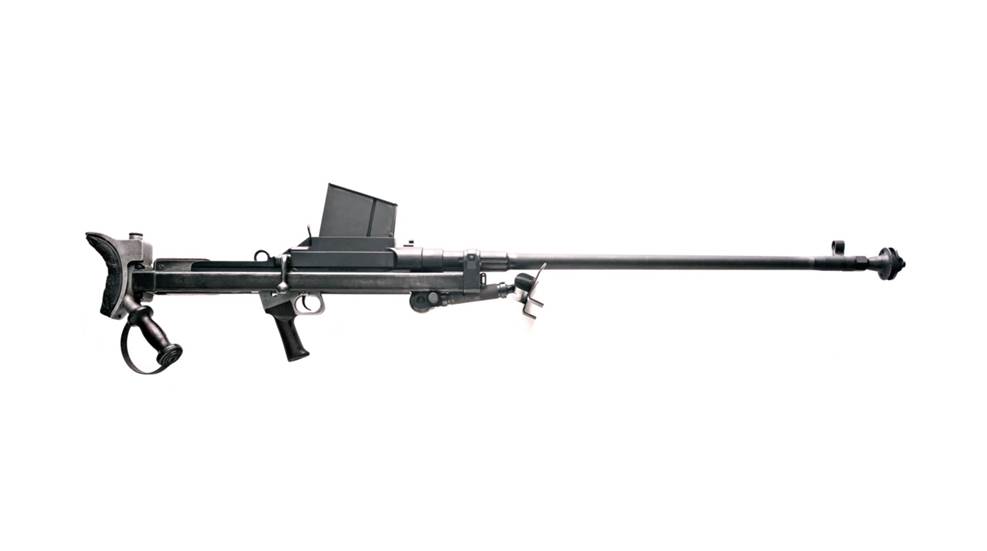 It featured a bolt action design with a five-round magazine mounted to the top of the gun. This allowed the A-Gunner to quickly reload the rifle in the midst of a fight. A padded stock and muzzle brake helped tame the recoil for the .55 Boys cartridge. The rifle used a bipod and monopod for support and was effective early on in the Second World War.

Although, like most tank rifles, its efficiency declined by the end of the war. Interestingly enough, Walt Disney was commissioned to produce a film called Stop That Tank for the Canadian government.

The Polish developed the Wz. 35 in 1935 and was extremely secretive about the weapon. They stored the weapons in crates marked Do Not Open! Surveillance Equipment. Troops trained with the rifle were sworn to secrecy. It was issued on an infantry level to provide anti-armor support at the platoon level. The Wz. 35 utilized an interesting 7.92x107mm DS round that was surprisingly effective. It could penetrate the Panzer 1, 2, 3, and 4 tanks.

The Wz. 35 anti-tank rifle could penetrate up to 33mms of armor at 100 yards. The rifle was o effective that captured variants were pressed both into German And Italian service. The WZ. 35 was quite the rifle. It utilized a bolt action design with an internal four-round magazine.

The minds of Soviet weapons designers Simonov and Degtyaryov teamed up to create a semi-automatic anti-tank rifle. This is a gas-operated, short-stroke gas piston system that fed from a five-round integral magazine. It launched 14.5x114mm rounds at over 3,000 feet per second. The rifle could penetrate 40mms of armor at 100 meters.

The rifle was prone to failing when dirty but offered a controllable platform. The weapon’s recoil was cut significantly due to the semi-auto action and the gun’s large muzzle device. This PTRS-41 is still in service to this day as an anti-material rifle. Simonov would later shrink the PTRS-41 design to produce the SKS.

Last but not least, we have the massive, semi-automatic, magazine-fed Lahti L-39. This 20mm rifle was absolutely fierce and more akin to a field piece than an anti-tank rifle. The Lahti L-39 utilized a 10-round, top-loading box magazine to distribute 20mms of hate one round at a time. This massive weapon was so large and powerful that the cocking handle couldn’t be charged by your average soldier, so a crank device was used to charge the weapon.

It weighed 109 pounds and was 87 inches long. It was not just crew served, but team served. This massive beast of a gun was used for a good portion of the war, but eventually, tanks became too capable, and they lost efficiency. It remained in service as a tank harassment weapon, a sniping weapon, and even an anti-air weapon. The weapon evolved into the Lahti 39/44, which was a two-barreled, full-auto anti-air weapon.

Anti-tank rifles are somewhat useless these days. Tanks like the M1 Abrams would laugh off a shot from any of these rifles. However, for a short time, these weapons were the elephant guns of the battlefield. They were massive, heavy, but oh so powerful. They are an interesting blip in the history of anti-armor weaponry.