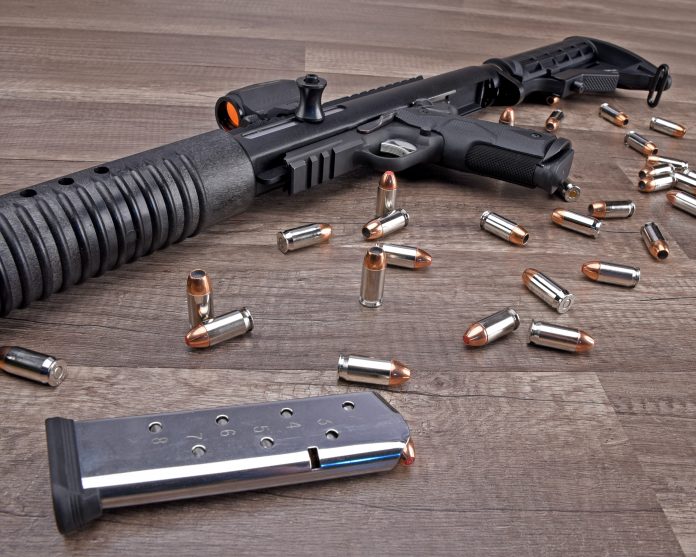 Mech Tech Systems Carbine Conversion Unit or CCU for short is by far the worlds most versatile pistol accessory.

A CCU is essentially an upper for your semi automatic pistol, so if you own a Glock, 1911, or an XD pistol you can convert your current platform into a pistol caliber carbine. Essentially functioning as an AR-style upper receiver once mounted in place, the non-serialized CCU replaces the host gun’s slide and barrel assembly. The new configuration allows the carbine to retain the pistol’s superb single-action trigger and comfortable grip angle.

The Mech Tech CCU is legal to own and is not a firearm so it can be shipped right to your doorstep.  It also installs on your pistols frame with no tools and takes only seconds to go from handgun to carbine.  It really is the ultimate pistol accessory. The CCU transformed my pistol into an absolute beast at the range. It is small, easy to operate, and can be converted back to a pistol in just seconds. The CCU increases the performance, accuracy, and ballistics of the host gun also.

Installation is fast and easy and doesn’t require any tools.

Seriously, with no tools and just a few seconds you go from pistol to carbine. Remove the host gun’s barrel assembly and slide. Then just align the rails inside the CCU with those on the frame and then slide the frame forward as far as it will go.

Re-installing the 1911’s slide stop secures the components together and viola, you went from pistol to carbine in seconds.  Changing it back to a pistol is just as easy. You just have to pull the slide stop pin out, pull back on the frame to release it from the CCU, then just reassemble your pistol.

Mech-Tech makes the CCU out of rolled steel with a powder-coated finish and a corrosion-resistant interior coating.  The rolled steel does make the CCU a bit on the heavy side, however that weight does cut recoil down a lot.

A charging handle is found on the left side of the unit to replace the action of the slide in the pistol. The bolt can be locked in the open position by retracting the handle and then pushing in on it until it engages a small round notch in the wall of the housing. Even after conversion to a rifle, the CCU still utilizes the host 1911’s grip and frame-mounted thumb safeties as well as its magazine release button.

You can customize with 4 different stock options, different rail configurations, lights, lasers, sights, and vertical foregrips. I ordered my unit with the adjustable, M4-style stock, the mini rail kit, and flash hider. I wanted to stick with the Sig Sauer theme so I went to Sig for a brand-new Romeo 5XDR red dot to mount on top.

So, this accessory adapts to your existing pistol frame in seconds, utilizing your existing magazines and ammunition, and has multiple uses.  It really is a great product. The Mech Tech CCU can be used in a wide variety of situations and applications.  It is extremely fun to shoot at the range, you can hunt small game with it, use it for home defense, or just throw it in the truck or trunk.

The CCU as tested costs $698.80 and utilizes my existing magazines and ammunition. Although it is probably around the same cost as purchasing a separate rifle when you add all the options it is just a very cool and usable accessory to own for your existing pistol. Mech Tech’s CCU represents a paperwork-free accessory that boosts ballistics in a platform that you are already familiar with. It will make your pistol more versatile and easier to shoot.

It is very easy to see why someone who already possesses a compatible handgun would find such a product appealing.  If you own a Glock, 1911, or anything in the XD family you can order your very own Mech Tech CCU and transform your standard pistol into a long-distance monster at mechtechsys.com

Caliber: Many available (tested in .45acp)

Overall length: Varies from around 24″ to over 33″ depending on the stock choice

Weight: 5.3 lbs. in the “basic” configuration from Mech Tech 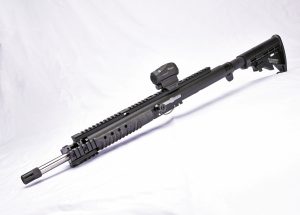 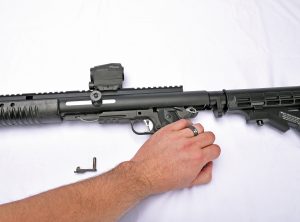 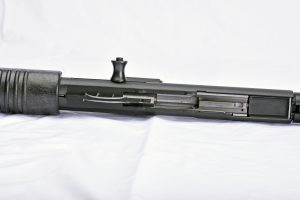 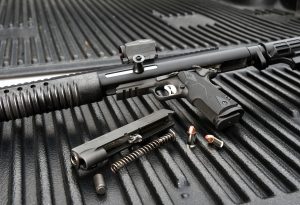