As a craft beer sipping, flannel-wearing, bearded, CZ-loving dude, I think I have to embrace the fact that I’m a gun hipster. I’ll cry into my Sturgill Simpson records in just a bit, but before I crack open my expensive, artisan, locally crafted sour, I wanted to list the most hipster guns on the market. It’d be fairly easy to dive into the history of firearms to make this list.

Tossing on the S&W Model 1940 Light Rifle or the Russian PSM would be easy. SO I made rules, and those rules are that the gun has to be in production or have been in production recently enough that I can find it on Guns America. It needs to be an available firearm, and with that in mind, let’s put on our patent leather shooting gloves and embrace the Top 5 hipster guns.

The CZ series of firearms has slowly broken into the American firearms mainstream, but they are still the king of hipster guns. CZ presents a contrarian option for a firearm in a world of polymer-framed, striker-fired pistols. The classic CZ-75 offers you a metal-framed DA/SA pistol with a fascinating design and interesting history.

It’s a Czech gun, designed behind the iron curtain and hit with a secret patent. One of the oddest ideas came from the SIG P210: the slide rides inside the frame rails. 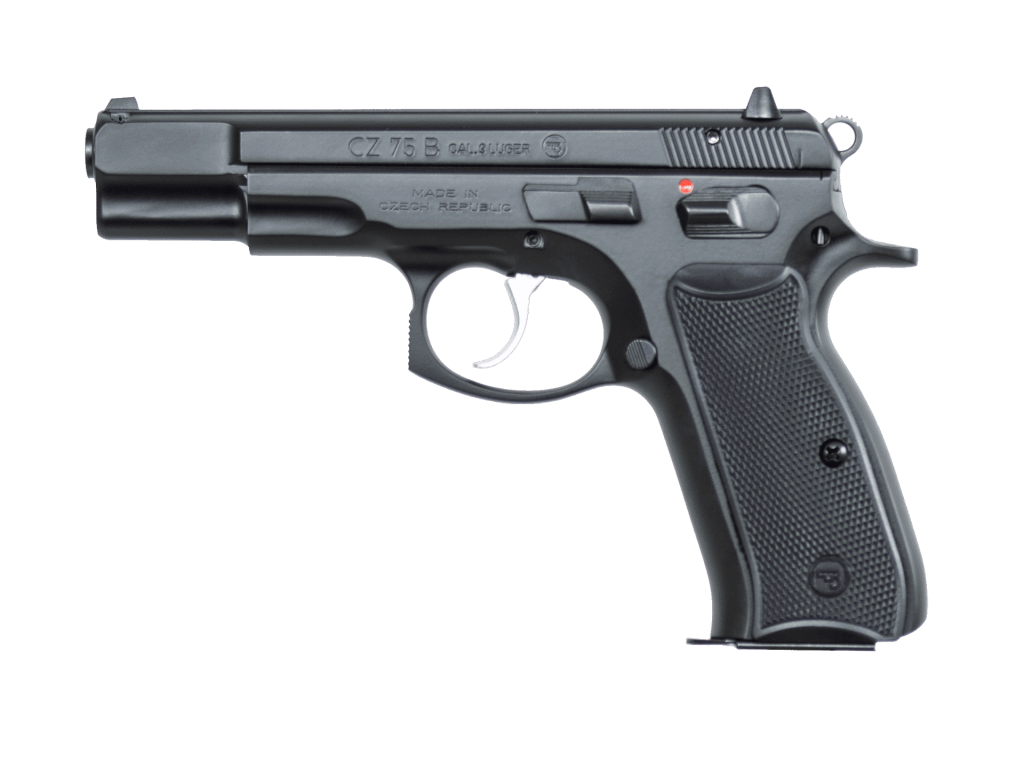 This shrinks the slide and lowers the bore axis. It’s an odd but low-recoiling design. CZ pistols are brilliantly made and offer you a very competent pistol.

At the same time, the odd design makes it an easy pick for armed hipsters. It defies the norm without offering you a compromised weapon. Hell, I haven’t even mentioned how amazing the grip design is…

The Benelli M2 and M4 get all the love and everyone kinda just glosses over the Benelli M3. Benelli is the semi-auto shotgun company to watch, and they know exactly what they are doing. It’s sad to see the M3, one of the most versatile shotguns ever, get ignored. Well, ignored by everyone but hipsters.

The Benelli M3 delivers a semi-auto shotgun that can convert to pump action with the twist of a ring.

This allows the shotgun to fire basically any load out there, from buckshot to less-lethal loads and more. This setup should be a massive success, but it never gets mentioned in a conversation rotating around the 1301, the M2, and M4.

The Benelli M3 falls into the hipster guns category of being better, more intuitive, and underrated compared to its more popular brethren. It’s a finally made, inertia-driven gun that just rules.

The BRN-180 mimics Armalite’s other, less popular rifle, the AR-18/180. Brownells built the uppers and redesigned them to work with standard AR lowers. 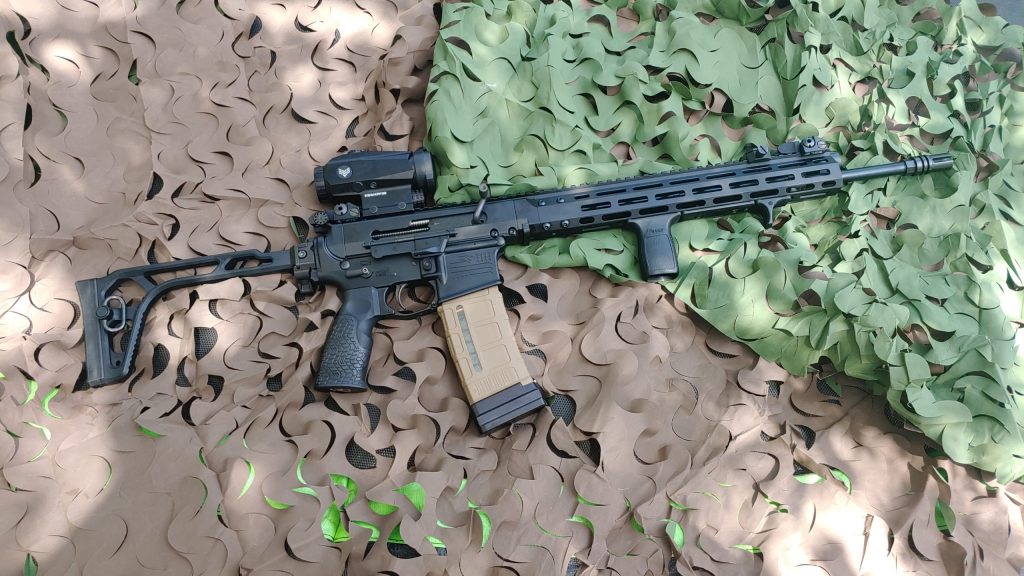 They’ve also produced dedicated BRN-180 lowers that work with AR components. The BRN 180 offers you all the advantages of the AR-15 without having to be a normie with a AR-15.

Plus, Brownells made a really nice rifle. It’s low recoiling, comes in various barrel lengths, and even comes in 300 Blackout. Plus, you can sing my little Armalite while rolling your own cigarette with your homegrown tobacco.

Revolvers are inherently a little hipsterish these days and are no longer the realm of that cool old guy. Of all the hipster guns I could choose, I feel the Chiappa Rhino is the most hipster of the revolvers. This Italian design does a lot of things differently than most revolvers.

First, they align the barrel with the bottom cylinder. This lowers the bore axis and effectively eliminates muzzle flip, even in magnum calibers. 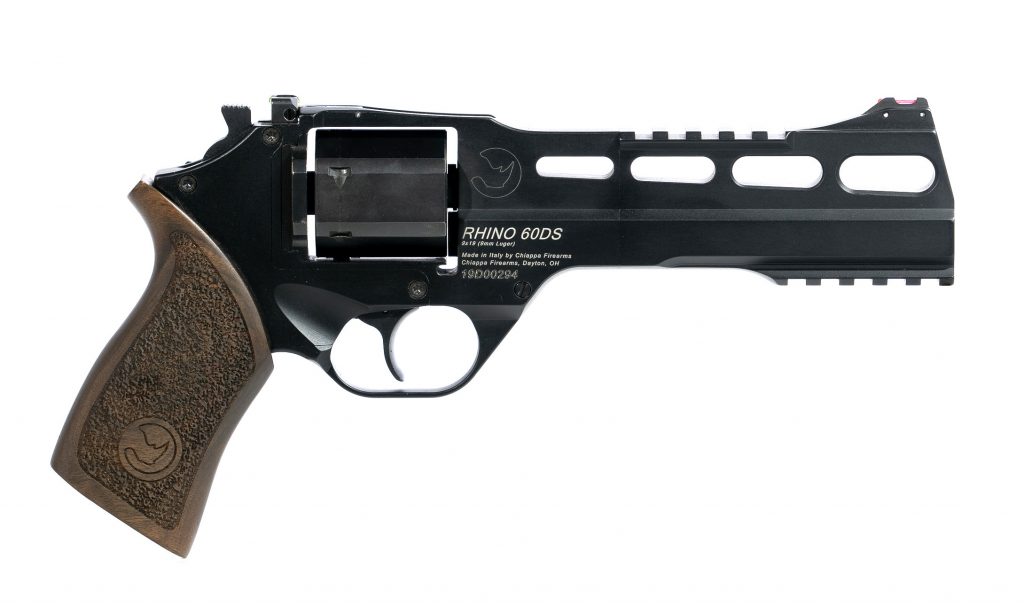 The cylinder is hexagonal, and the hammer isn’t actually a hammer and is a cocking device. It keeps getting weirder too.

The larger variants feature accessory rails to mount red dots and flashlights, which take the Rhino right into the world of tactical handguns while still being a six-shooter.

Finally, last but not least, the Heritage Rancher brings you another revolver…but it’s not a handgun. This is a revolving rifle. Heritage took the Rough Rider and lengthened the barrel, added a stock, and called it a day. Kind of anyway.

Revolving rifles are always oddballs, and the Heritage Rancher gives you an affordable option for the oddball in all of us. 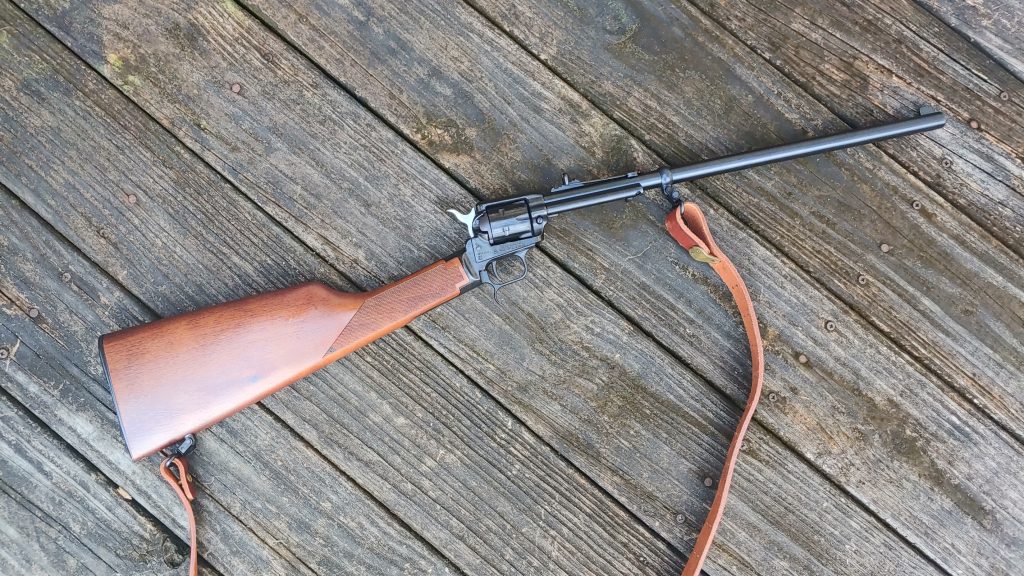 As far as hipster guns go, it crosses a number of paths. It’s a revolver, it’s a rifle, it’s a rimfire, and it’s a budget-worthy carbine.

It’s probably the least efficient rimfire rifle out there. Heck, you can’t even use a traditional rifle grip with the gun, and you’ll get blasts of gas in the face all the time. It kind of sucks, but it also kind of rules.

Hipster Guns and You

What’s your favorite hipster gun? Do you have a specific one you prefer? I feel like I could go on and on about hipster guns, but I think I’ve made my point. Hipster guns are those that do something different just for the sake of it, and I can always appreciate that.