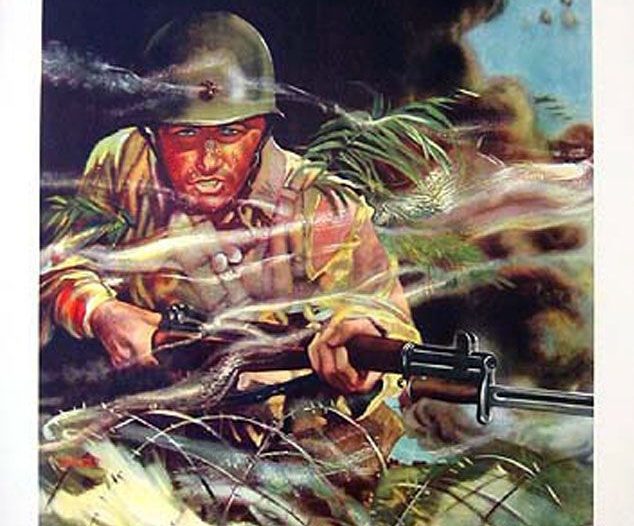 What makes someone a gunfighter? Trust me, any idiot can get in a gunfight. It’s not that hard. Gunfighters separate themselves by not only being victors but by fighting with distinction. Gunfighters fight with a cool head, keep their aim true, and tend to be one-man force multipliers. I’ve chosen five of America’s most distinguished gunfighters and I want to explain why they are considered as such.

Wild Bill Hickok goes down as one of the OG American gunfighters and the man we picture when someone says cowboy.  Hickok lived an interesting life as a soldier, a scout, a lawman, a frontiersman, a gambler, and even an actor. He fought in the American Civil war and was at one time a spy for the Union army. 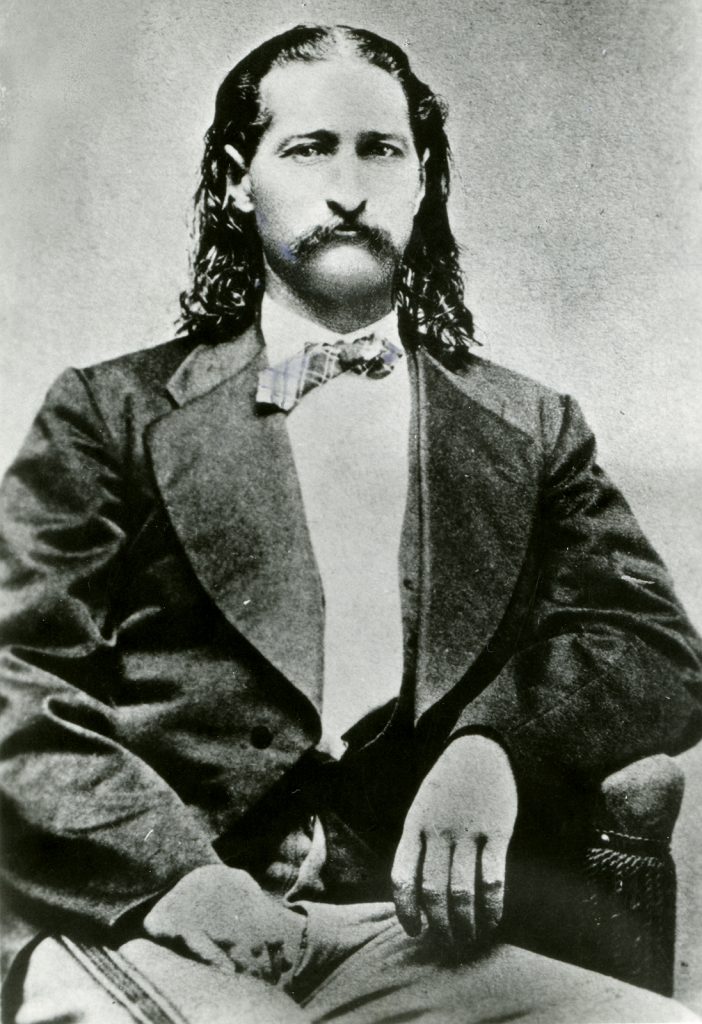 Wild Bill and Davis Tutt invented the famed quick draw duel in 1865. The reason we don’t remember Tutt but remember Hickok is because Tutt died that day. Hickok later served in various positions as Sheriff and Marshall in various cities and towns throughout the west. Along the way, he killed his way through criminal after criminal.

He famously wielded a pair of Colt 1851 Navy Model 36 caliber cap and ball revolvers. The secret to his success was famously his calmness in a fight. Hickok remained cool under pressure and bizarrely accurate even when lead was being tossed at him. He reportedly killed Davis Tutt at 75 yards.

Wild Bill wore his guns calvary style with the butts forward. He didn’t use a holster, instead he preferred a sash to carry his guns. He could reach the guns in a cross-draw manner or with an underhand dragoon draw. 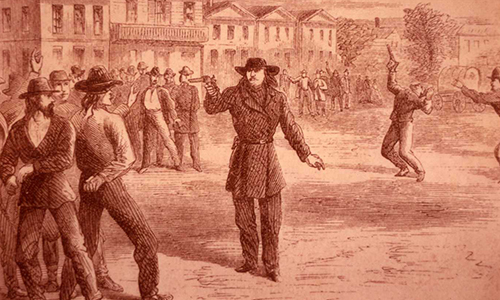 The only way for a man to kill Hickok was to shoot him in the back. At the time of his death, he carried a smaller Smith and Wesson Model 2 revolver, which was a bit easier to carry concealed or casually. At the time, he was a gambler and not a lawman, so the Colts were left at home.

Dan Daly joined the Marine Corps looking for a fight. I’m serious. He joined, hoping to see some action in the Spanish-American war. Sadly, at least for Dan, the war ended before he finished basic training. Luckily, Dan Daly got his opportunity in 1900 while he was stationed in China. Along the way, he became famous among both gunfighters and machine gunners. 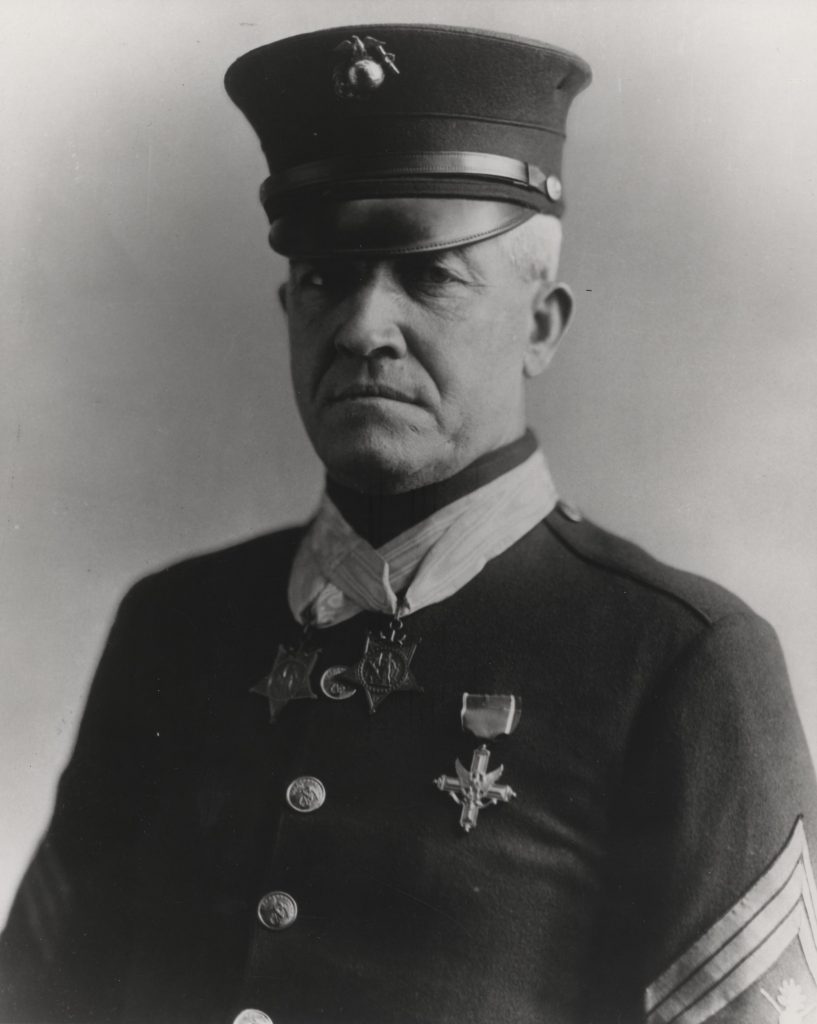 A group of Chinese Nationalists known as the Society of the Righteous and Harmonious Fists rose up seeking to throw out foreign influence. Dan Daly landed in China, and he and his unit were assigned to defend the Tartar Wall. Well, one day, Private Daly was standing guard by himself as the other Marines moved out to gather supplies to improve the wall and fortification.

The Boxers saw their opportunity to attack with only a single man on guard. Sadly, for the Boxers, that one man was Dan Daly. He stood watch with an M1895 Colt ‘potato digger’ machine gun chambered in 6mm Lee Navy. Dan Daly used that machine gun to kill the 200 boxers attempting to lay siege to the wall. For his actions, he earned his first Medal of Honor.

Fifteen years later, he earned his second Medal of Honor. Now a Gunnery Sergeant, Daly leads a 35 man platoon in Haiti. The Marines received fire from 400 fighters as they crossed a river. They dropped the platoon’s machine gun in the river as they crossed. Finally, they set up a defensive position without a machine gun. After night fell, Daly went back to the river quietly and retrieved the machine gun. As the sun rose, the Marines began sweeping the jungle, and that gun downed dozens of fighters. That 35 man platoon fought off the 400 fighters, and Daly received his second medal of honor.

Robert Howard was one helluva warfighting badass. He served in the US Army’s secretive MACV SOG as a Green Beret. He received three Medal of Honor nominations in just 13 months and received one of the three. Col. Howard earned other medals like the Silver Star, four Bronze Stars, a Distinguished Service cross, and eight purple hearts. Heck, he almost has the same amount of wounds as he does medals. In 54 months, he was wounded 14 times. 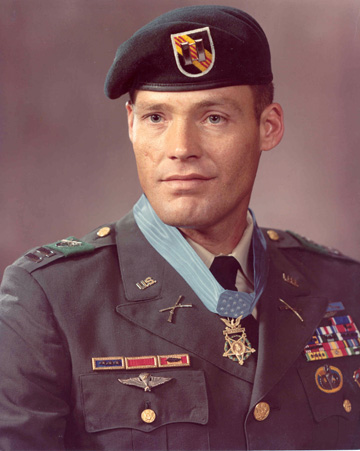 He’s clearly a warfighter, but what made him one of the best gunfighters? Well, in one battle, he killed what sounds like about a dozen men. He started his day by blasting four North Vietnamese with a long burst from his rifle. A machine gun immediately laid down the hate on Howard’s position, and Howard returned it. Before he could do that he crawled under fire to kill an enemy sniper, then charged the machine gun bunker.

He shut the bunker down with his rifle, only to immediately be fired upon by a second machine gun emplacement. Robert directed close air support to punish it, yet it persisted, and while inspecting the damage done by the air support, the machine gun came back to life.

This time Howard silenced it with a grenade and maneuvered away from the gun as the grenade bought him precious time. He wasn’t done yet though, he retrieved a light anti-tank weapon and permanently destroyed the machine gun emplacement as it fired on him a third time. 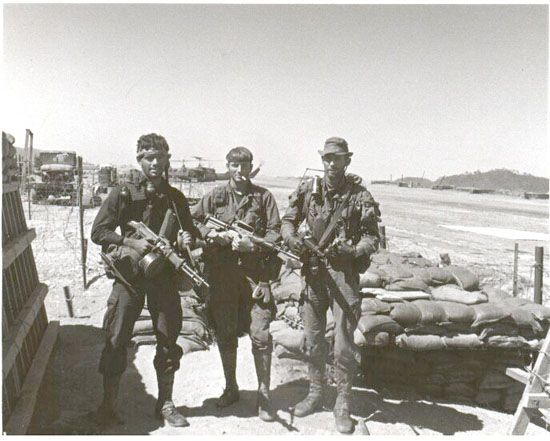 His rifle was likely a CAR 15, as was the norm with MACV SOG gunfighters at the time. Alternatively, the rifle could’ve been an M16 which would have been another option seen in SOG commando hands. The light anti-tank weapon was likely a LAW, which is used to this day.

That was just one battle. Reading his various commendations painted a picture of a very capable soldier and hellacious gunfighter. Robert Howard received a direct commission to 1st Lt. and served until 1992 when he retired at the rank of Colonel.

Edmundo Mireles Jr. started his gunfighting life as a Marine and served two tours in Vietnam. The war ended, but Edmundo wasn’t ready to stop being a gunfighter. He joined the FBI and became part of the stakeout team that was hunting a pair of armed and violent bank robbers. Edmundo Mireles Jr. 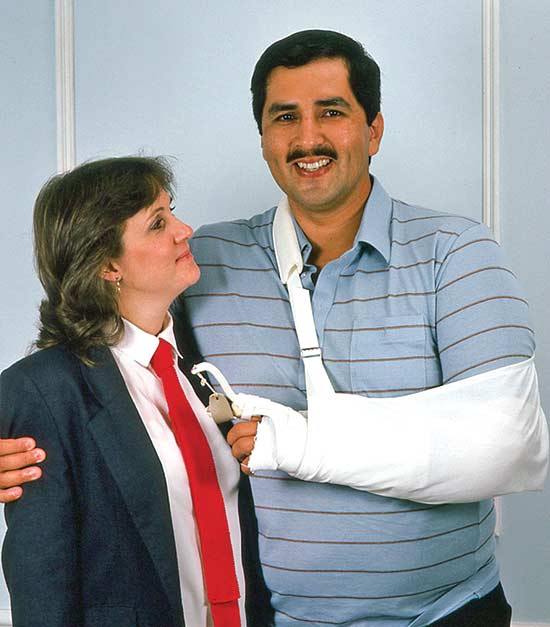 The Miami Shootout occurred on April 11th, 1986, and changed law enforcement forever. A pair of bank robbers with a history of military service had been robbing armored cars and banks violently with long guns. These violent robberies were federal jurisdiction, and the FBI sent teams of agents to pull a rolling stakeout throughout Dade County.

Things went sideways when the FBI initiated a stop. It quickly devolved into a running gunfight in which 8 FBI agents armed with a smattering of shotguns, revolvers, and semi-automatic pistols quickly became outgunned by two men armed with rifles and shotguns. Nine out of ten people got shot, most people hit multiple times. Two FBI agents were killed almost immediately. It was hellacious.

A Gunfighter In Action

Edmundo Mireles Jr. took a round to the left arm and a graze across the head early in the fight. He was one of two agents wielding a shotgun, a pump-action 870, and he wasn’t going to drop his long gun. Even when injured, he fired all five rounds from his shotgun, wounding one. Keep in mind he had been shot in the arm but still kept his pump-action shotgun running. Edmundo functioned on pure rage for the next 120 seconds and became a legend among gunfighters. He worked his weapon until empty, and during a lull in the fight, he heard the two bank robbers planning their escape. They attempted to steal an FBI vehicle, and Edmundo wasn’t having that. He left his empty shotgun behind and pulled his Smith and Wesson 686, and shut them down.

A man who had already been hit twice, who had all the excuses in the world to let these two escape, said no. He persevered, pursued, and punished the two. He approached both armed men and gunned them down with his S&W 686. Edmundo continued to serve with the FBI until 2004, when he retired. Rarely can gunfighters retire peacefully.

In 2009, Afghanistan was the wild west of the middle east. Firefights occurred across the country as NATO forces increased their presence. In Eastern Afghanistan, US Army soldiers occupied COP Keating, a poorly placed combat outpost surrounded by mountains full of Taliban fighters. On October 3rd, over 300 Taliban fighters descended on COP Keating. 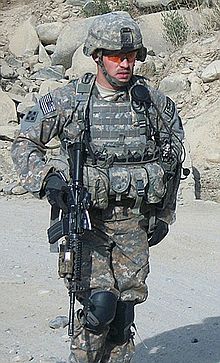 The Battle of Kamdesh saw the award of two Medal of Honors to two very different soldiers. One of those men, Staff Sergeant Clint Romesha, distinguished himself as a gunfighter second to none. After the Taliban claimed an ammo depot, Clint decided that was not acceptable. So he led a team to take it back. After taking back the ammo depot, he decided that some Taliban machine gun positions needed to shut the %^&* up.

He silenced two after already being wounded twice and still had work to do. Romesha directed air support that killed 30 Taliban fighters and then laid down suppressive fire that allowed troops to reach an aid station for life-saving medical attention. Gunfighters that are leaders are rare, but Clint was both. He directed fire, reorganized troops, including several Afghan National Army gunfighters. In the midst of constantly killing bad guys, he led his troops to fight back effectively. At the end of the battle, there were eight fallen American soldiers and four fallen Afghan National Army soldiers. The Taliban reportedly lost 150 fighters in the attack. Over a one-fifth of those kills were brought down by Clint.

America was founded by the gun, and we have a long history of producing gunfighters. It’s hard to pick five when we live in a country that produced so many valiant men. The above five showed an entirely different level of courage in the face of danger. These gunfighters acted under fire, defeated their enemies, often at great personal cost to themselves. They distinguished themselves as soldiers, Marines, police officers, and general rogues, and while years separate them, they all share the traits that make them gunfighters.