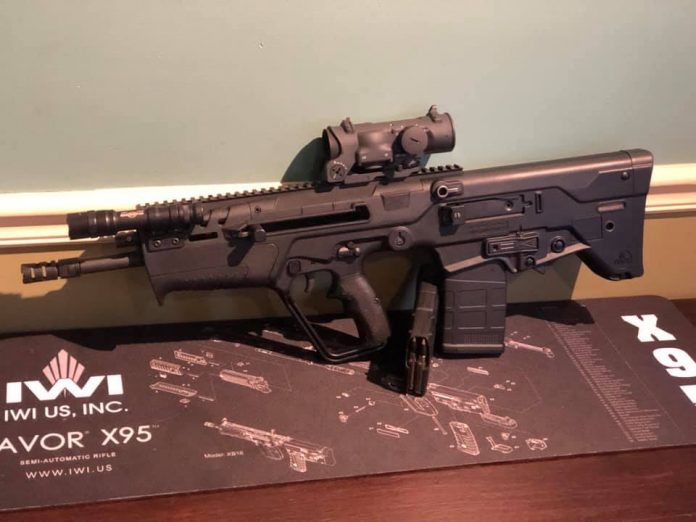 The T7, and to a lesser degree the X95, are a different geometric beast than the Z-15, ACE, or most “conventional rifles.” The T7 especially exhibits this, it is a deep bodied rifle. This “tall” geometry and resulting handguard means we must reshape our thinking away from the concentric handguard design we can wrap our hands around. This compounds the already limited front space on bullpups, because they are bullpups. This also, conveniently, sums up most arguments against the Tavor design. They just don’t gel with the shape.

But back to lights. I have found three methods of light placement that workout well on the T7.

So, there you have it, the three most comfortable and functionally ambidextrous ways I have found to run lights on the T7, and by extension deep bodied rifles in general. I run a very similar setup on my X95, but as an SBR my thumb tucks behind the charging handle where on the T7 there is plenty of space in front of it.

Of final note, yes there will be a little carbon build up on the lens of longer bodied lights in the shown configuration, with the stock muzzle device. Changing the device and/or adding a suppressor will eliminate it entirely if you don’t like wiping the lens every now and then.

Thank you for coming to my LED talk.