We recently touched on Iraqi AKs with Kalashnikov group’s video on Worst AKs in the world. But a common theme we are seeing is that the AK variants that suck are the ones where the builder didn’t care or stopped caring materially about the product.

The Tabuk rifle, named after the famous expedition by Muhammad in 630 AD, was Saddam Hussein’s pat on the back to himself as a glorious leader able to build an ‘Iraqi Rifle’ for the Iraqi military and people. In reality, the Iraqi army was filled with surplus AKs more than domestic built examples and the Tabuk variants were essentially just Yugo’s.

The most interesting variant, in my personal opinion, is the “Sniper” or “Designated Marksman” variant where they essentially slapped an RPK barrel and sight, flashhider, and a 4x AK side mount pattern optic of convenience on the standard rifle and called it a day. While the additions would offer the shooter some improvements (a touch extra muzzle velocity, better sight picture, and more mass and hardware for recoil control, it illustrates the parroting nature of many aspects of middle eastern and third world arms development.

It looks like a Sniper or DM rifle so it is, as opposed to the western approach of building a rifle that performs like it. Compare the Tabuk, a DM AK, to a Mk12, a DM AR-15/M16. The Tabuk mimics features it sees on DM/Sniper platforms it is trying to emulate cosmetically while changing the base rifle as little as possible. The Mk12 was a purpose built upper receiver and then rifle meant to field a highly accurized M16 from available tech. M16A1 lowers were selected for the superior full-auto trigger. Barrels were freefloated and set up to field suppressors. Advanced optics (for the time) were selected and maintenance on the weapons was carefully tracked to maintain accuracy.

Those concepts didn’t, and largely still do not, resonate in the Middle East and third world militaries, allies or enemies. Logistics and Maintenance is something the US and NATO militaries invest heavily in. Keeping gear working for the small percentage of professional warfighters they field. Others are much more fly by the seat of their pants and hope for the best. My own trip to Africa, training local partners, was enlightening in that they really don’t fix things. If its broken they toss it and they use it until it is too broken to use at all.

In the desert, on our training range, our company expended tens of thousands of rounds daily. Marines generally drew a few hundred per day for a few different square range and LFAM exercises. Our coalition partners got 10 rounds per year. 3 to zero, 7 for score. They expended more ammunition demoing our rifles than they might see in a decade. Vastly different mentalities to the small arms and troop supply questions.

Anyway, I’m off on a tangent. The Tabuk is one of those distinctive AKs that exist due to very interesting decisions and circumstances. Not a direct buy from Russia, not even licensed from them. It’s a one off of a one off with their own domestic twists, but when it was made well it ran.

And also, if you aren’t already following Ian on Forgotten Weapons. You should fix that. 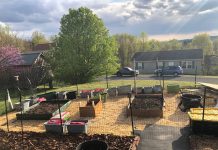 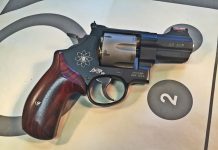