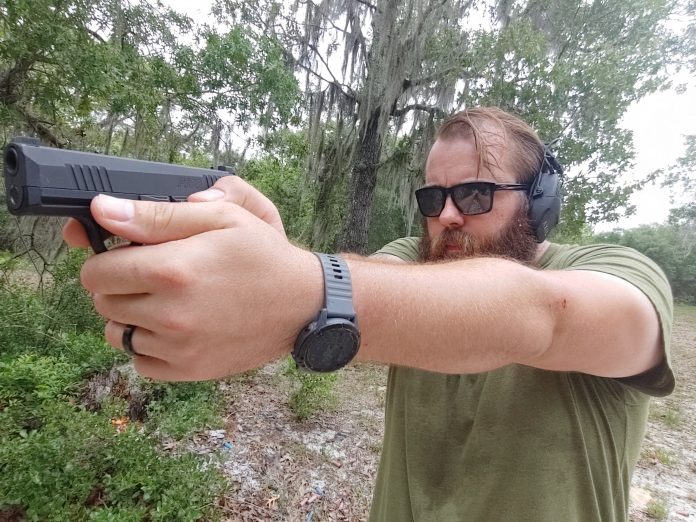 Months ago, approximately February 1st, the Active Self Protection Facebook page posted an interesting observation that led me to come up with something I call the Stick Up drill. John discussed the adage, “there’s no timer in a gunfight,” and why in many ways, that’s wrong. He went on the describe the advantage of a fast draw, specifically when a violent and armed attacker gives you the opportunity to draw and take a shot.

ASP specifically talked about the need for speed when an armed threat turns his attention away from you or when you decide to draw when a bad guy has the drop on you. He mentioned three times that applied to different, real-world situations.

The Stick Up Drill

The drill requires a handgun, at least two rounds of ammo, and a concealment holster for the shooter. The targetry can vary somewhat between shooters. To me, the best way to do this drill is with a Caldwell Target Turner and a 3D torso target of some kind. This Target Turner turns the target 90 degrees and can be set to various speeds, including as fast as 1 second and as slow as six seconds. 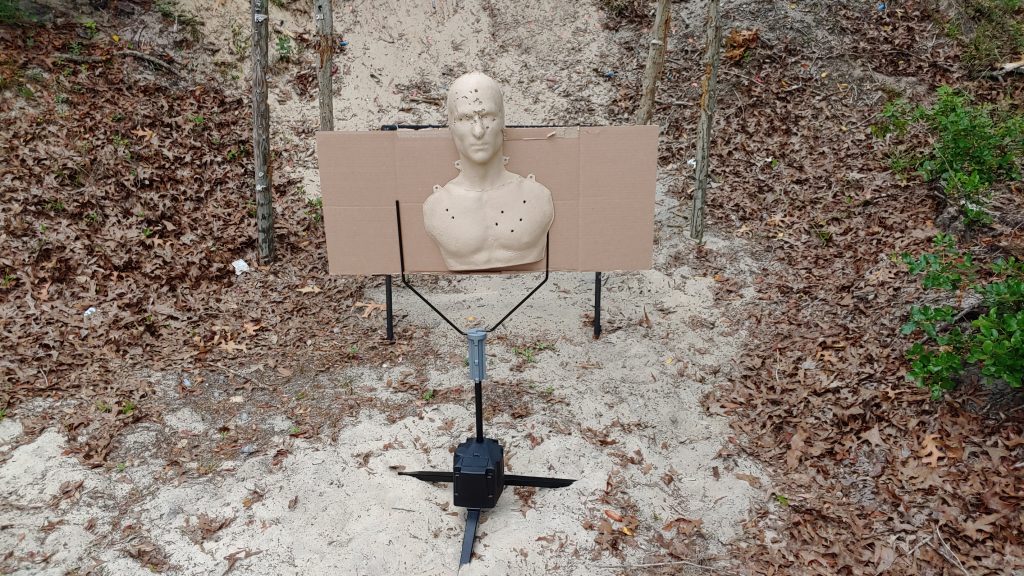 This gives less of a beep and more of a visual signal to draw and shoot. There is a timer in every gunfight. It just doesn’t go beep. Instead, it requires you to watch the threat, and when it turns, engage and fire. 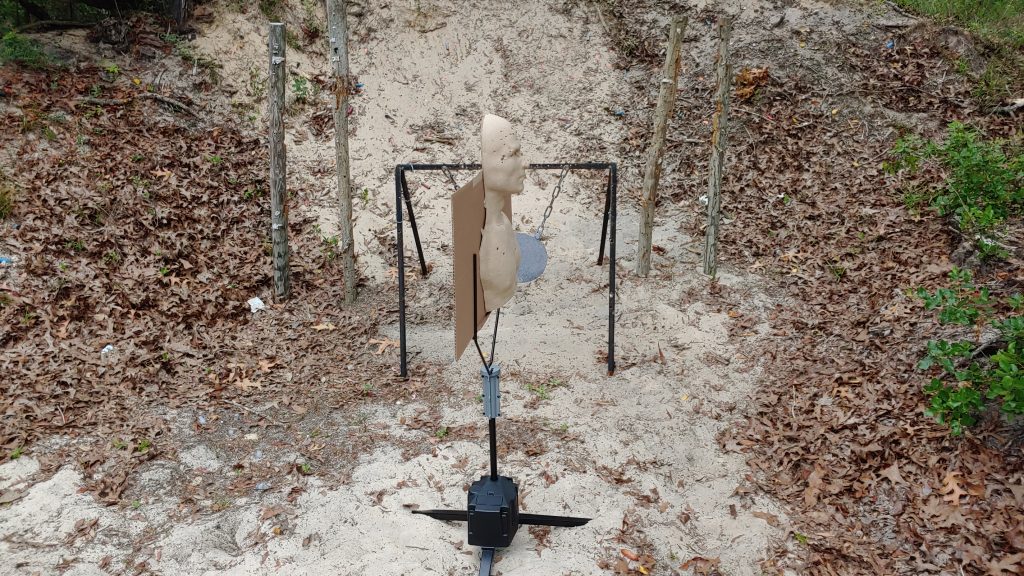 That’s a specific gadget and gizmo that costs about a hundred bucks, and a hundred bucks can be a lot for a specific drill. That’s a hefty price to pay. Instead, you can also combine a normal shot timer with a reduced side target to represent the side of a bad guy. An easy way to do so is to use a piece of cardboard and just draw out a target. The Marine Corps’ latest ARQ target is a good target to work off of. 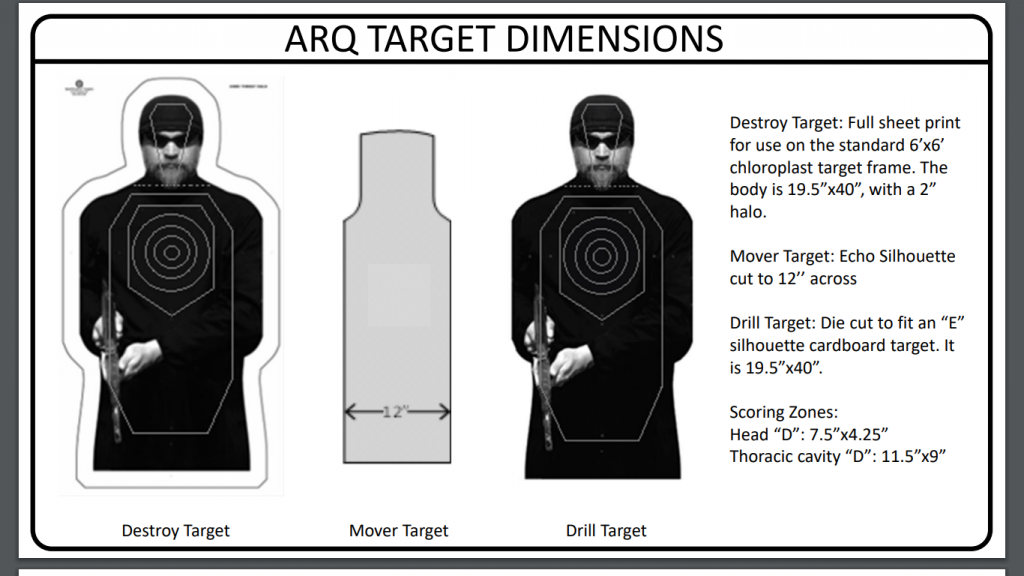 It’s 12 inches wide at the body and about eight inches wide at the head. A couple of straight lines are all you need to make a side-facing target. With a timer set, the par time for 1.5 seconds, and you’re ready to rock and roll.

Regardless of which target setup and timer you choose to use, you’ll start in the surrender position. That means hands in the hair like you just don’t care. Your handgun is holstered and concealed. Stand anywhere from three to five yards from the target. 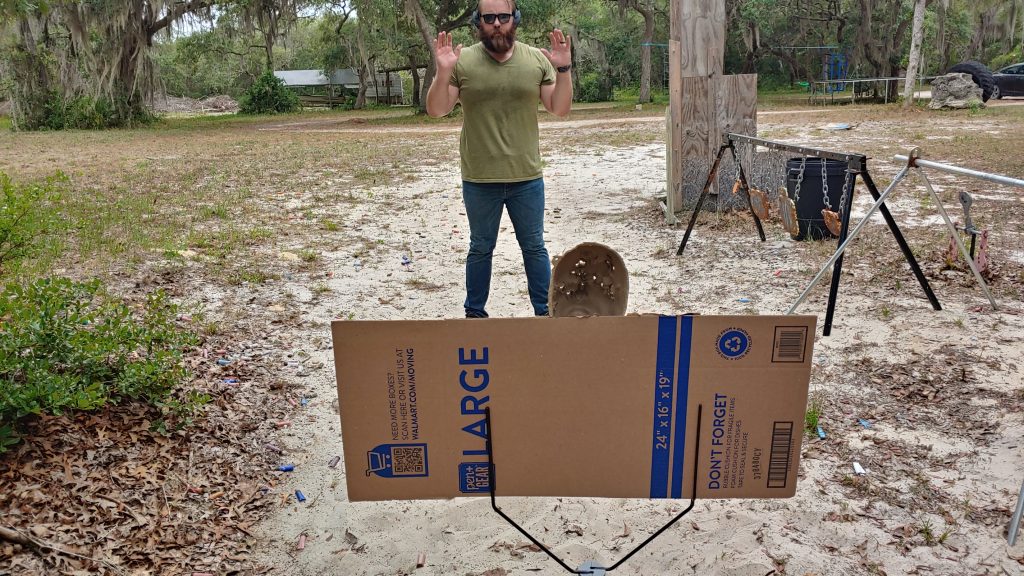 At the beep or the visual movement of the target on the target turner, you draw and fire one or two rounds at the target. The Stick Up drill brings you a fairly easy drill with tight time limits and still requires you to land head or chest shots to be successful. 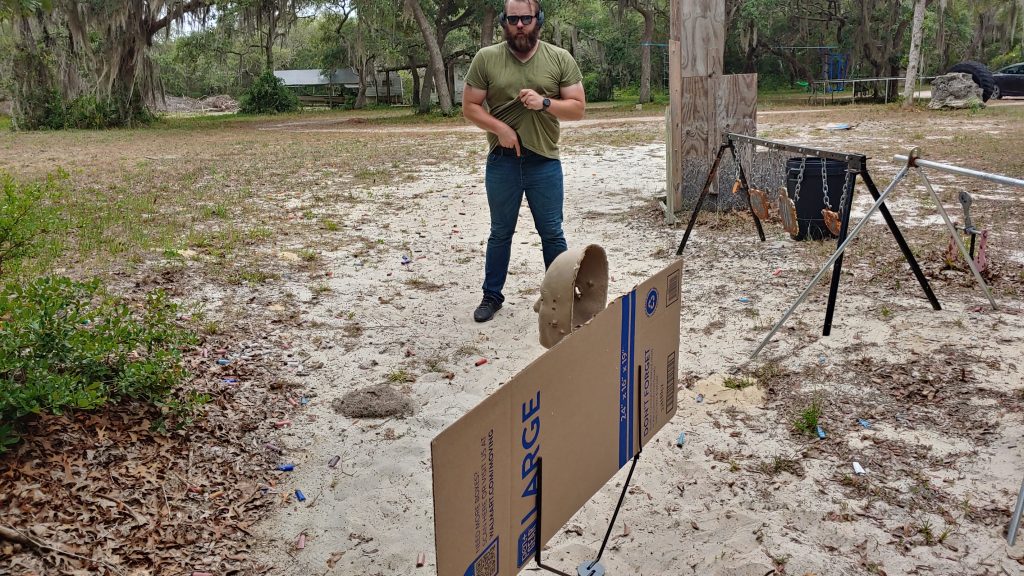 The reason I think the Target Turner is valuable is that you watch for the visual cue rather than hearing the loud BEEP. Sure the BEEP and timer combination will work well for building those quick draw skills. Something about the 3D target turning away from you signals you to go and better represents the purpose of the drill. Additionally, when you run the Stick Up Drill dry, the beep works, but the moving target works even better. It gives you something to see and draw against.

If you’re still new to firearm training, then 1.5 seconds might seem to be blazing fast. For experts, it’s nothing, but for the average person, it can be intimidating. Feel free to add time to your par time and walk it down slowly as you get a little faster. You can do the same with the Target Turner to increase or decrease the speed of the turn.

The Stick Up Drill is a fair bit of fun that represents a tactical advantage you might find yourself having. Obviously, getting that 1 second or sub-second draw is a goal to work towards. The Stick Up drill can act as a stepping stone to that skill level as well as a simple and fun exercise in taking the tactical advantage.