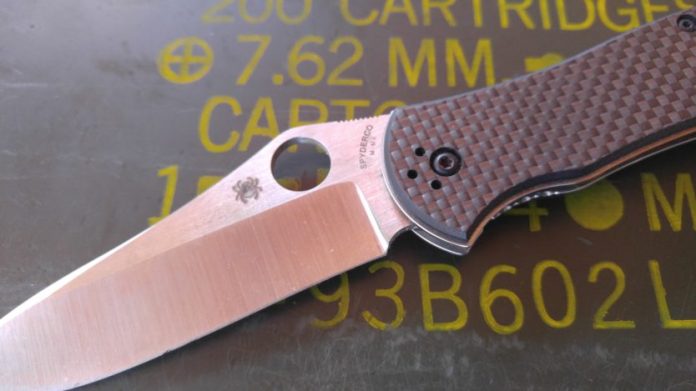 The Spyderco Bradley 2 and have been going round and round for a few weeks now. When I did my first look I said it was a working man’s knife disguised as a gentleman’s knife. I meant it then, but as I’ve used and abused the knife I’ve learned there is nothing gentle about it. The carbon fiber handle and svelte blade really hide a rock solid knife.

Speaking of blades, holy crap is this knife sharp. From the factory is like a razor. Using two fingers in a pincer grip I could gently drag the knife across a piece of paper and it would slice right through it. The Spyderco Bradley 2 gives you that incredibly satisfying feeling as it cuts. There is really something wonderful about working with a knife as sharp as this. The smooth nature of the cuts, and the control you have over the knife. 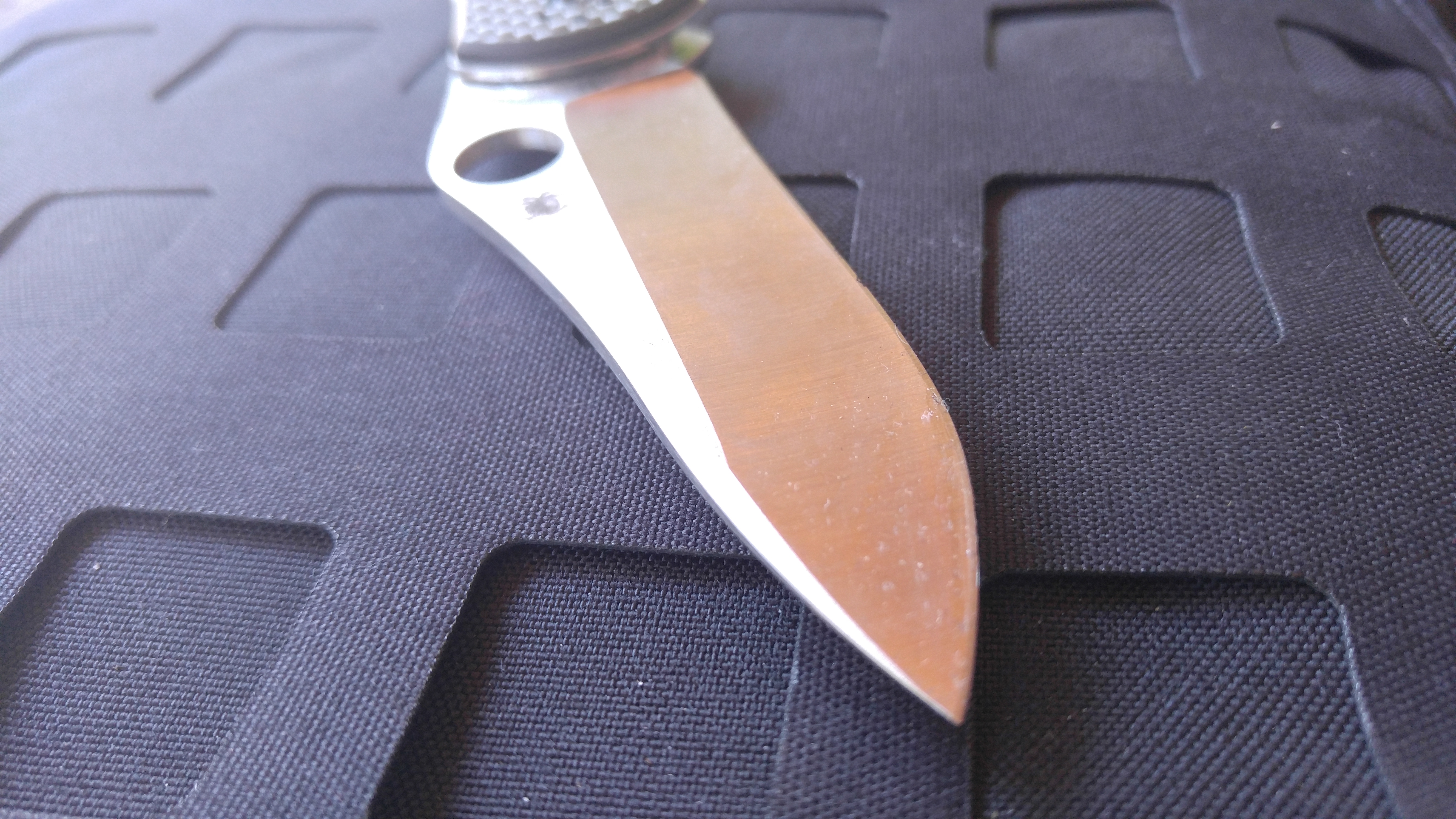 It’s not just sharp from the factory, but it’s easy to bring the blade back to that level of sharp with a few strokes over a simple sharpening stone. When reviewing knives I like to use them for basically every cutting task I have while reviewing the knife. So this blade is used to do mundane tasks like cutting chicken for dinner, cutting through grapefruit, and to do more standard tasks like opening boxes and cutting cord. (Yes Mom I washed the knife when I cooked with it.) 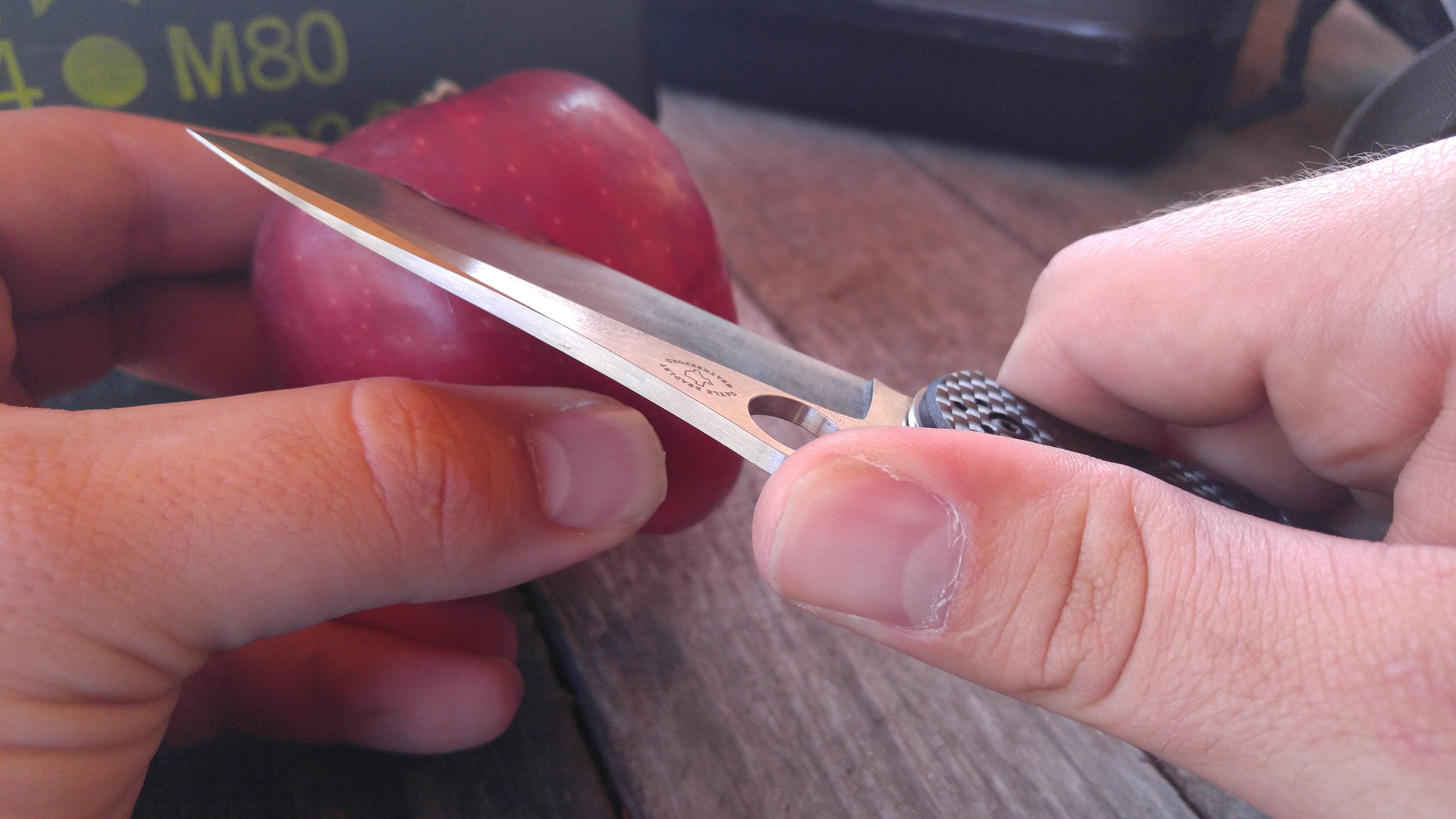 The blade features a very slight curve to it that makes cutting deep easy and controllable. The curvature of the blade means you need less pressure to get deeper cuts. It’s certainly great for cutting through meat, and I can only assume if you are forced to use the knife defensively you are going to glide right through an opponent.

The Spyderco Bradley 2 features some subtle touches I’ve come to appreciate. On the back of the blade, there are some very slight serrations for control. Although the serrated area is small, it is perfectly placed. The thumb naturally meets it, and the jimping itself is very aggressive. It digs into the thumb and allows superior control over the knife, even when your hands are wet or slimy with chicken guts. 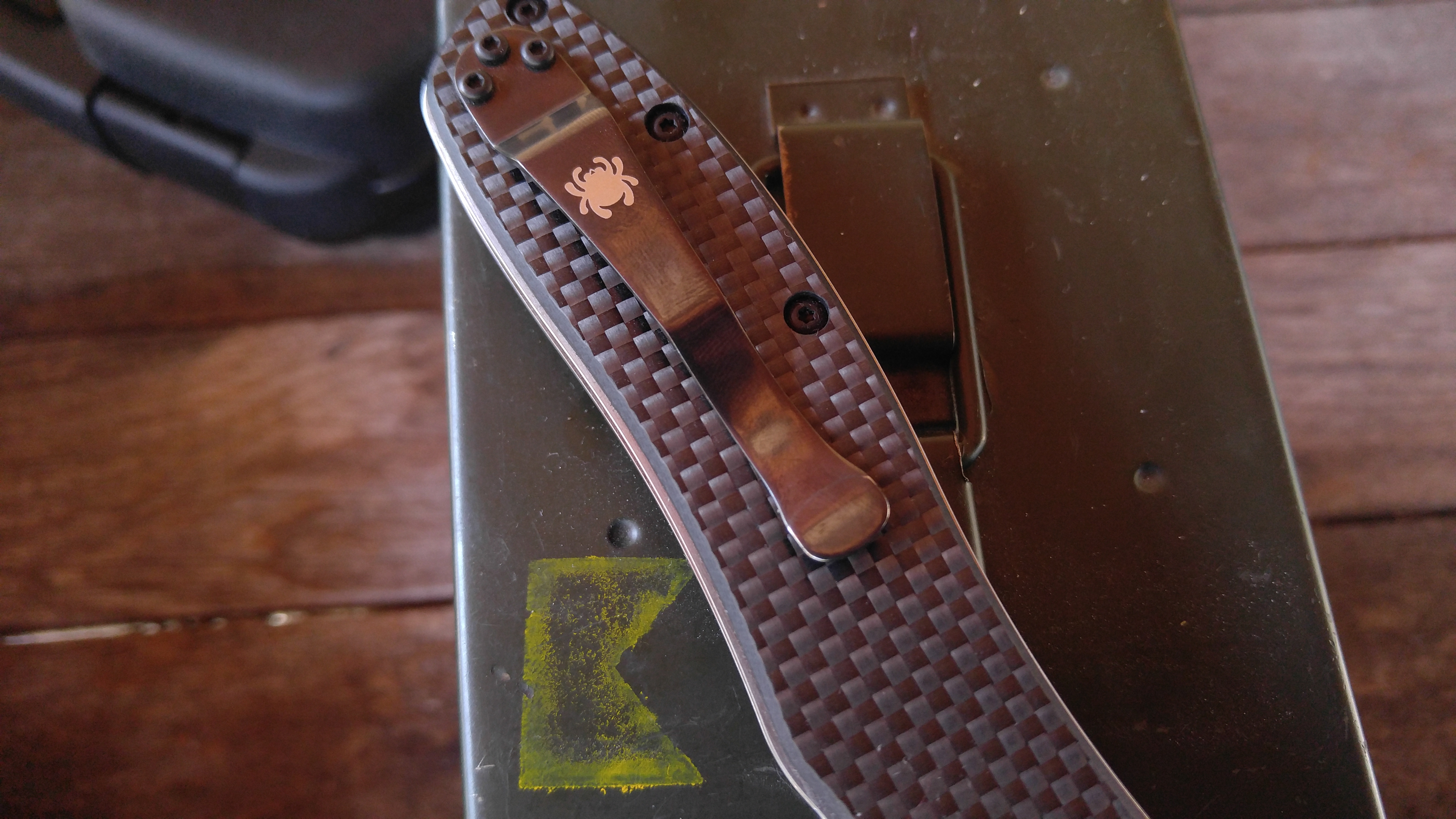 I pointed out that I really loved the carbon fiber handle on the Spyderco Bradley 2 in the first look, but at that time I thought it looked good and was lightweight. What I discovered in using the knife is the fact that carbon fiber is a naturally textured and grippy material. It sticks to the hand well.

The shape of the handle is spot on. It’s nearly straight, with just a slight curve and a what I would call a wave near the blade. The handle feels nice in the hand with a traditional grip. If you swap to an ice pick grip it’s equally as comfortable. In fact, it seems ice pick grip was thought about when designing the grip. In the ice pick grip stance you can position your thumb on the bottom of the grip in an icepick grip. It’s a nice and subtle touch. 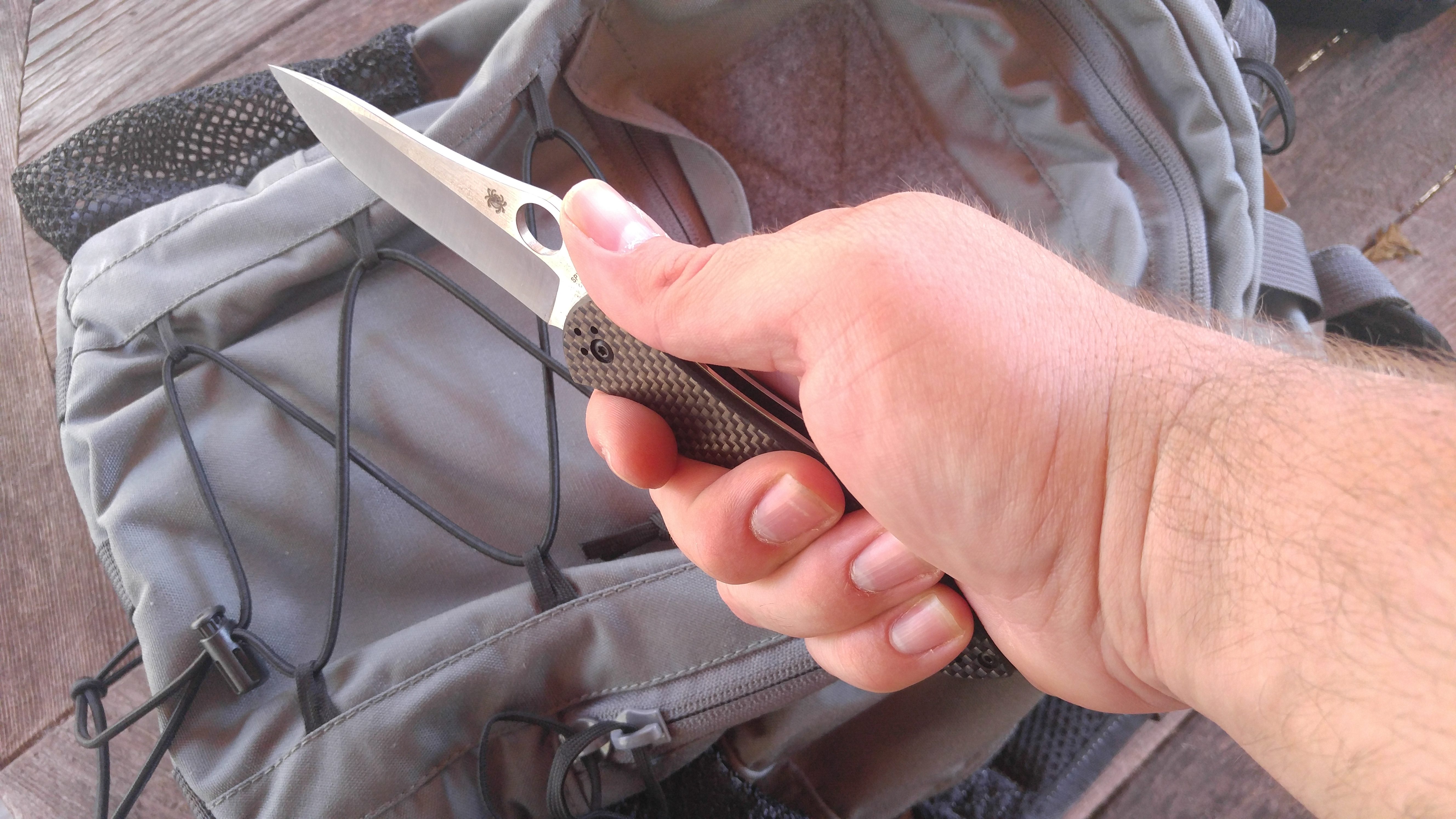 The Spyderco Bradley 2 features the famous thumb hole Spyderco is known for. I’m typically a thumbscrew kind of guy, but I found the thumb hole being very useful. The advantages, of course, being the fact it doesn’t rely on a screwed in thumb piece. The thumb hole won’t become loose over time and never pokes and prods. The use of a thumb hole sets Spyderco apart from most of the competition.

The Spyderco Bradley 2 has proven itself in my opinion. It’s a very well thought out design that mixes Spyderco’s tradition with Gayle Bradley’s ingenuity. This is an excellent knife for everyday carry and makes a great addition for those who value both looks and performance.