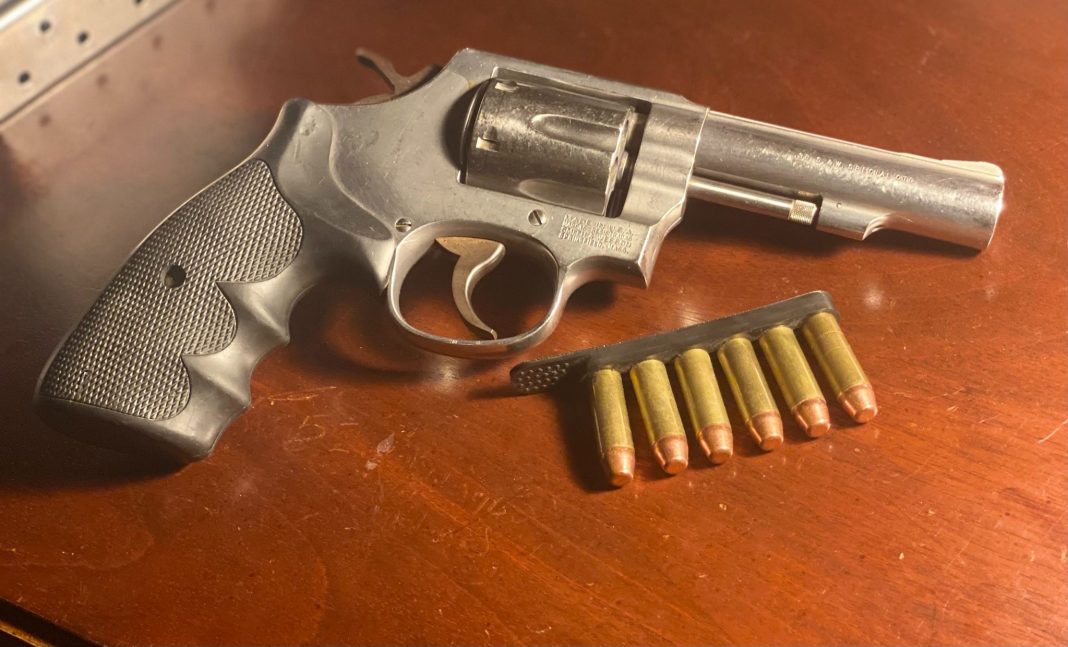 Given the popularity and longevity of the Model 10 revolver, aka the “Military and Police” which now spans over one century, the Model 64 is in essence part of the most popular and quintessential double action revolver family. In their heyday, these 6-shot .38 Special revolvers were basically the historical equivalent of the modern 9mm Luger polymer striker fired handgun.

These days, “leftover” surplus Model 64 revolvers can be bought for cheap through places that sell used police and security guard handguns. The example I currently own, a 64-6 cost me only $299 plus tax at a local gun store. Revolver enthusiasts love acquiring these old, cheap round butt K-frames in order to modify them into tricked and slick 3-inch carry guns. Typically, they will have a gunsmith cut the barrel down to three inches and recrown it. In addition, the smith will change the profile the sides of the barrel, replace the front sight and make the rear sight channel wider. A good conversion package will include the revolver’s action being slicked out and all of the internal springs replaced with newer and better parts in order to get a very smooth double action trigger pull. As a rule, hammers are bobbed down in order to make them less prone to snagging and because carry revolvers are usually only ever fired in double action only mode.

In the holster of the right shooter and under the correct circumstances with the correct ammunition selection, revolvers like these Model 64s still have plenty to offer when it comes to personal protection. As an added bonus, .38 caliber K-frames pack surprisingly flat when carried in the appendix position.