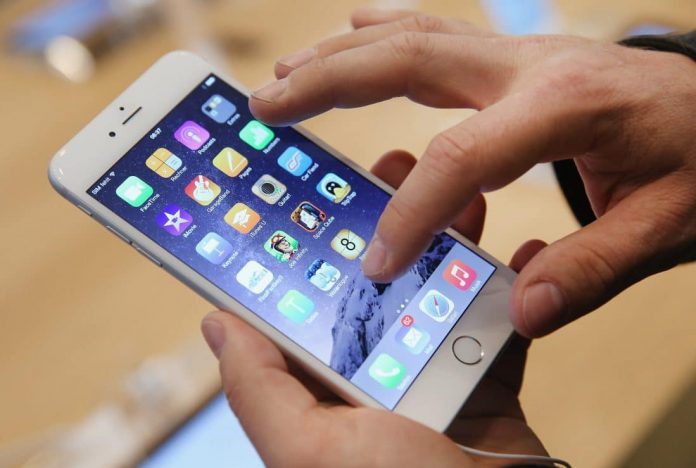 A large part of the gun culture likes to toss out the old “Show me your B8.” This references the B8 target and various shooting drills, most likely the 10-10-10 drill. Sure B8s and 10-10-10 drills are great, but I can typically judge a shooter’s seriousness about getting better by the presence of a shot timer. Shot timers provide objective information that allows you to grow your skills. They are valuable to shooters but seemingly expensive for what they do. This leads a lot of shooters to phone shot timers.

Phone shot timers come in the form of a number of various apps that present a free or close to free option for shooters to train and improve. Boom seems like a very affordable way to introduce a shot timer into your world. So if phone shot timers are so great, why do regular shot timers still exist?

Phone shot timers might not seem that far fetched, but a lot of these apps have to work with hardware not designed to be shot timers. It’s a wonder they work at all. Phone shot timers suck largely based on the hardware around them. Phones don’t do a good job of consistently picking up gunshots. They are designed for voice, not gunfire.

Or sometimes they do too good of a job and pick up echoes of gunshots. It’s incredibly frustrating to fire a drill, and feel like you went fast, see you made good hits, and the timer does not record your string of fire. I’ve felt a well of frustration grow inside of me several times, trying to use a phone shot timer and having it fail. 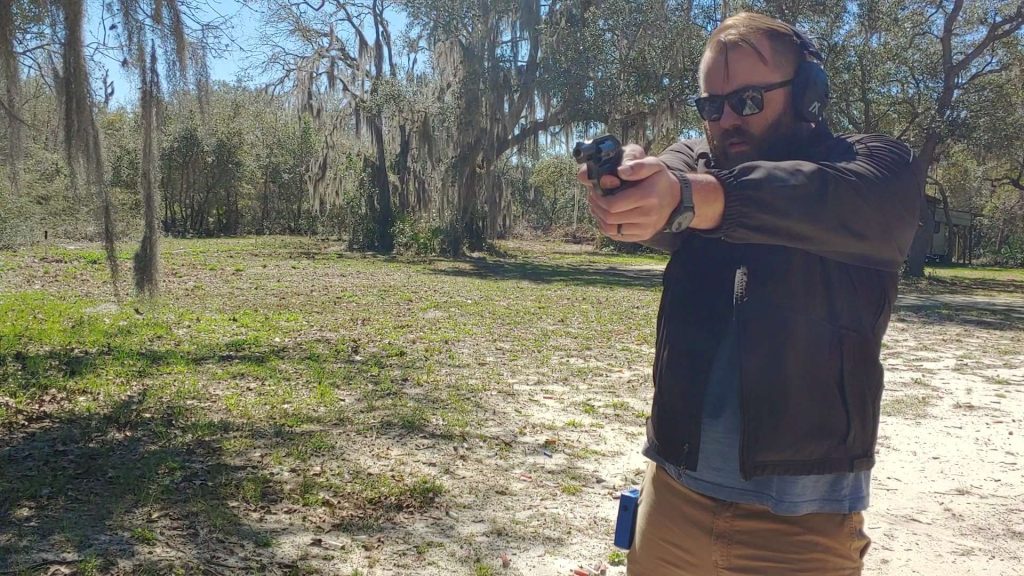 I’m pretty frugal, so I avoided buying a shot timer for quite some time and tried to use phone shot timers extensively. I’ve tried various apps and never found myself fully satisfied. I ended up breaking down and buying a Pocket Pro 2 for a reason.

That being said, there are ways to use phone shot timers effectively and efficiently. They can never replace a true shot timer, especially if you intend to shoot matches. However, these timers can be used as a stop-gap for a shot timer.

If you type shot timer into the app store or play store, you’ll find a bevy of different timers. In my experiment, I’ve found two that work better than most. When I say better, I don’t mean they detect shots better, prevent echoes, or replace a shot timer. By better, I mean they offer a number of options, are stable, easy to use, and quite clean in appearance. 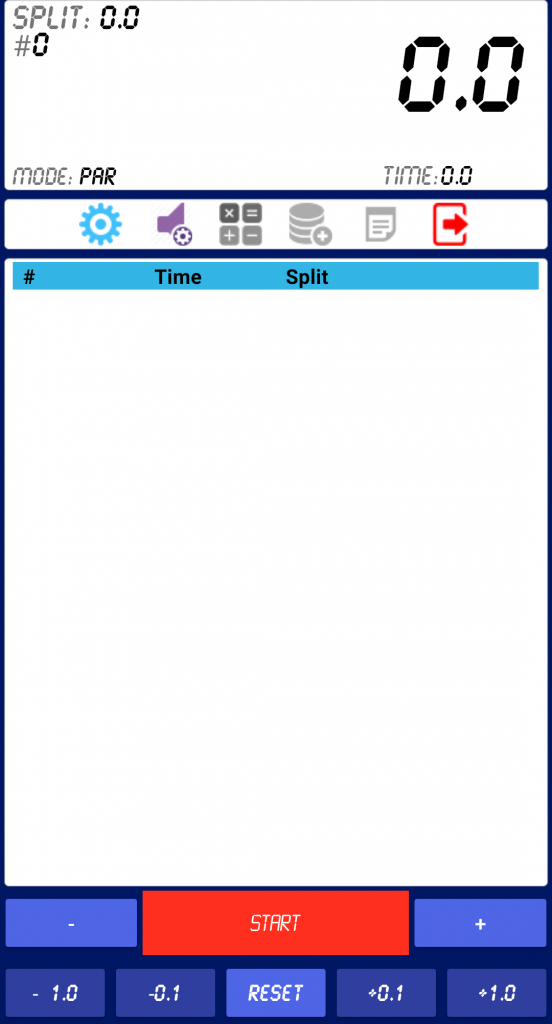 My favorite is the “IPSC Shot Timer,” and the second is one just called “Splits.” These two apps don’t crash, are easy to use, and have a multitude of settings that make them easier to use. I like the IPSC Shot Timer more due to its cleaner appearance. The setup makes it easy to adjust start times, random delays and features multiple modes. You can adjust the beep volume easily and even calibrate the system if you want to use it with live fire.

The Best Way To Use a Phone Shot Timer

First and foremost, get away from the idea of the device detecting shots. That won’t be our main goal in using phone shot timers. If it picks up the shots, then great, but if not, our method of use is fairly frustration-free. What we are going to rely on are the par timer and the random delay functions.

Both of my suggested shot timers have a par mode. If you’re reading this, you are likely not too familiar with par times and their functions. Most drills have an assigned par time. A par time is the maximum amount of time allowed to complete the drill. For example, with the El Presidente drill, you have ten seconds to complete the drill. 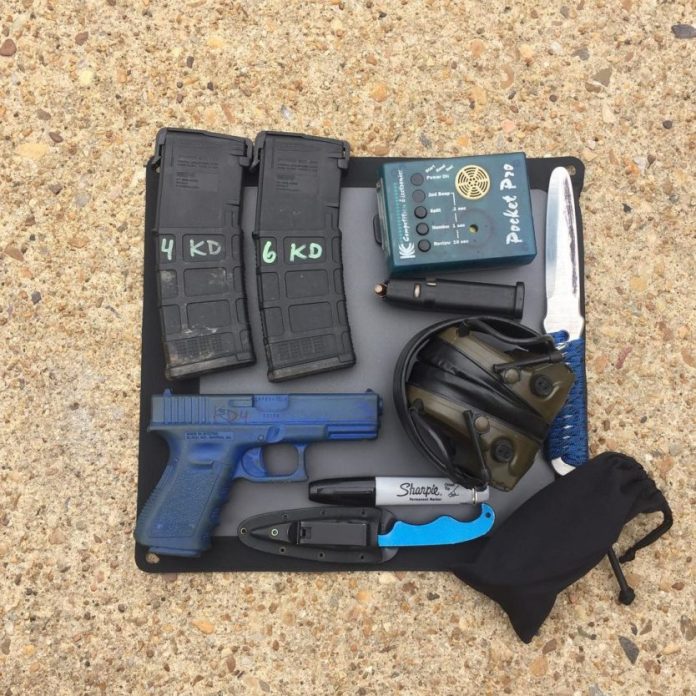 You can also take the same par time and reduce it. If you can beat the El Presidente faster than ten seconds, then go to 8 seconds or 7.5 seconds. The IPSC Shot timer allows you to increase or reduce times by tenths of a second. This way, you can increase your speed and track your performance.

Sure, you won’t have your time down to the tenth or hundredth of a second, but you can still measure and track performance within time boundaries. You can use this for dry fire drills, draws, and so on and so forth. 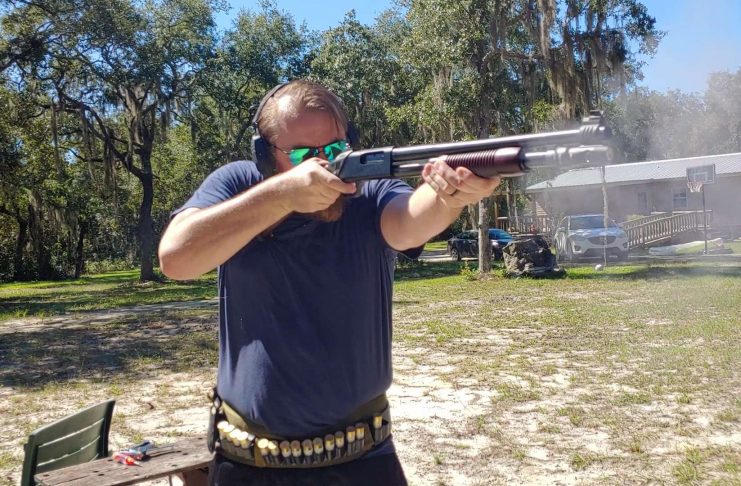 A free app sounds a lot more appealing than a hundred-dollar timer, and phone shot timers can be valuable pieces of gear. Heck, I still use one for dry fire practice because my real shot timer’s beep is so damn loud it annoys everyone in the house. On a trip recently, I used the app to get some dry fire practice at my hotel.

Phone shot timers can be used easily and effectively. They aren’t as good as your standard shot timer but can be quite useful and work well for training purposes. If you train smart, you’ll find the right way to use your phone shot timer.