I asked you what you thought SilencerCo produced, and you took more than one guess I’d make some serious judgments about you. Although, if one of your guesses was charging handles, you’d be right. SilencerCo made their name, literally, with silencers or suppressors for the pedantic. They recently dived into a different world, but you can bet it’s still related to suppressors. The GDCH, or Gas Defeating Charging Handle, is their latest non-suppressor design. 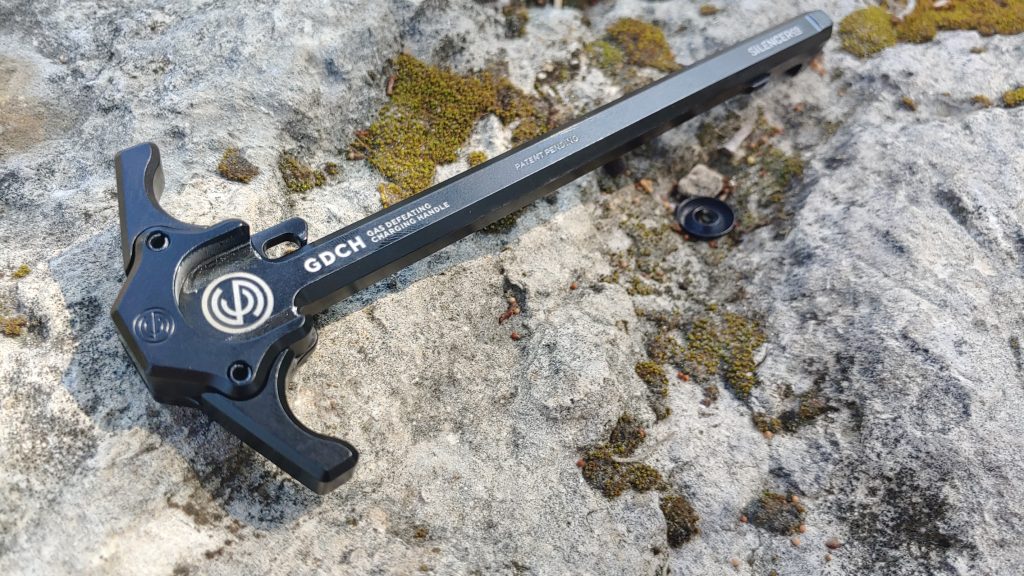 Gas Defeating gives you a bit of a hint of what it does. One of the problems with suppressed, direct impingement ARs is that the gas they use to cycle can be tossed right into your face when you run a suppressor. The increased backpressure created by the can makes this an annoying issue. Annoying and potentially hazardous in the long term. That gas carries lots of carcinogens known to cause cancer and lead poisoning.

The GDCH uses an O-ring to create a seal to prevent or even eliminate gas blowback.

My can is still sitting in NFA jail, sadly, but my local SOT is kind enough to let me take it for a spin here and again. With the GDCH in place, I took my Colt EPR to the range and let loose with about 120 rounds of standard M855. The difference between the presence of the charging handle and the lack of it is day and night. It makes a big difference in reducing gas from a 16-inch barrel. It’s basically gone. Keep in mind I’m outdoors, and that always makes a perception difference. Shooting indoors might change things, but there is a clear reduction.

SBRs and short AR pistols also tend to be fairly gassy, even without a can. The GDCH also helps in that department. We dropped it in a DD MK18 and launched a few rounds downrange, suppressed and unsuppressed, and again the difference is clear and noticeable. It’s perfect for an SBR or AR pistol kit. 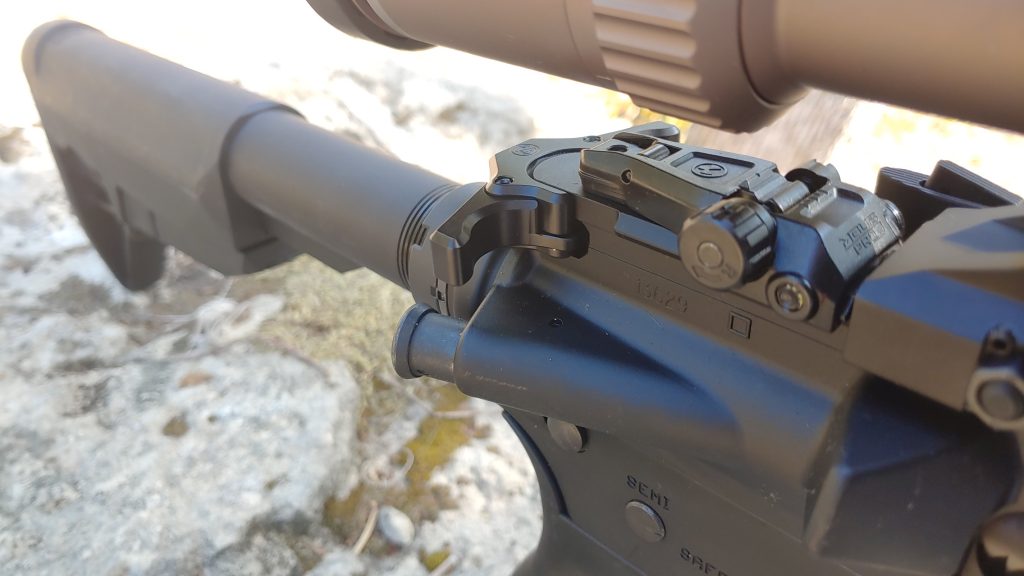 The GDCH As a Charging Handle

So the GDCH blocks gas fairly well, but it still has to be a charging handle. How does it work as a charging handle? Well, it’s huge, ambidextrous, and made from 7075 aluminum. It works great! The big beastly charging handle is easy to grip and rip from either side. You can easily blade the thing and do the caveman’s palm to the thing.

The handle portions are rather large and curved inward, so your grip is positive and easy to grab. It currently sits under an LPVO and provides me way more room than I need to charge my gun and keep it up and running. No pinching or rapping of my knuckles is required.

The GDCH works as both a means to avoid gas to the face and as a fantastic charging handle. SilencerCo has expanded in the right direction, and much like their cans, the GDCH is cutting edge.