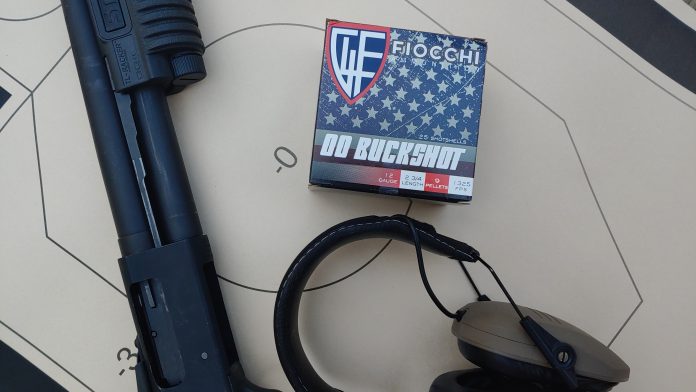 As a fan of Gun Youtube, I subscribe to lots of good channels, including one of my favorites, Active Self-Protection. ASP, for short, did a video on a shotgun drill called the Shotgun Casino Drill, and immediately I knew I had to try it. I love shotguns and find that shotgun drills are somewhat rare, especially drills that require more than five rounds. As I typed this, I’m one bottle of water away from running the drill six times total, so my thoughts are fresh. 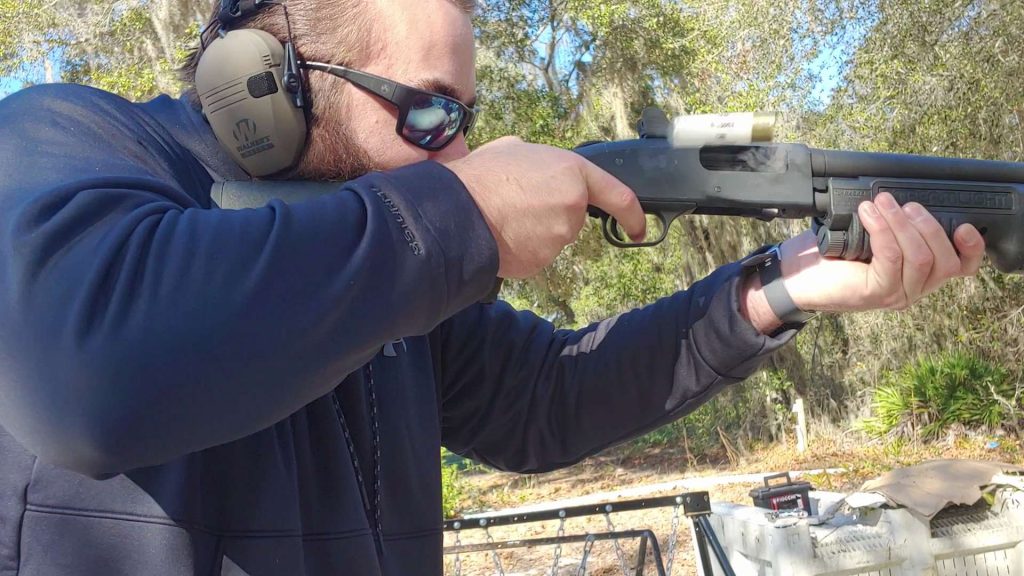 Breaking Down the Shotgun Casino Drill

The drill requires a shotgun, ten rounds of ammunition, four targets, a means to carry spare ammo, and 5 yards of range. The gun should be loaded with four rounds, three in the tube, one in the chamber. Spare ammo should be on hand to reload as necessary. 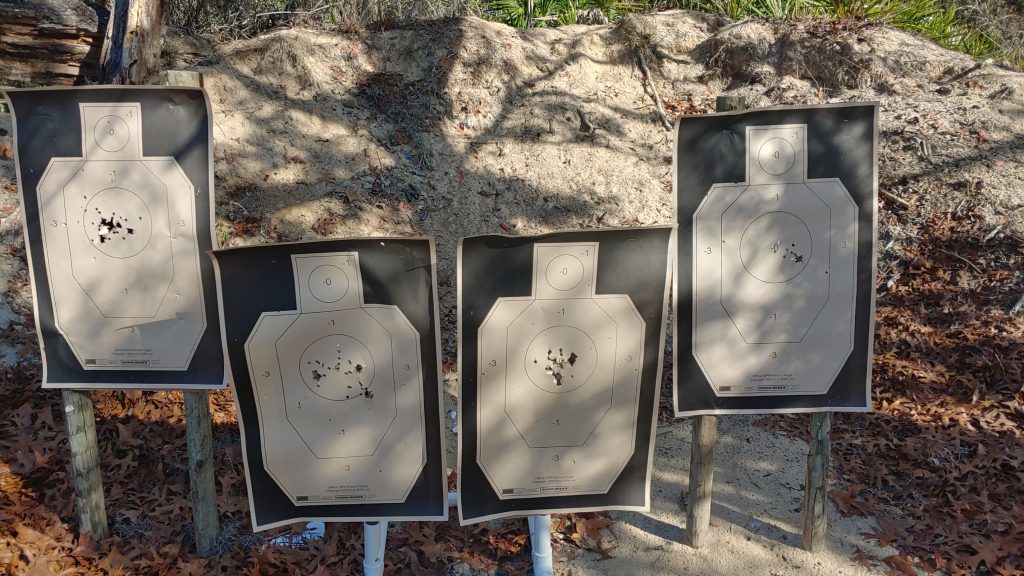 You can load whenever you want during the drill and are not forced into any boxes regarding reloading.

Wooo, this was a fun one. I ran the Shotgun Casino drill with a Mossberg 590A1 outfitted with a Tactaload Stock and my home brewed shotgun battle belt. In the video, they allowed the pump gun to run fully loaded. That seemed too easy, so I ran three in the tube and one in the chamber. The Tactaload stock held five additional rounds, and my belt held more than enough. I used full powered 00 buckshot instead of birdshot for a more realistic recoil experience. 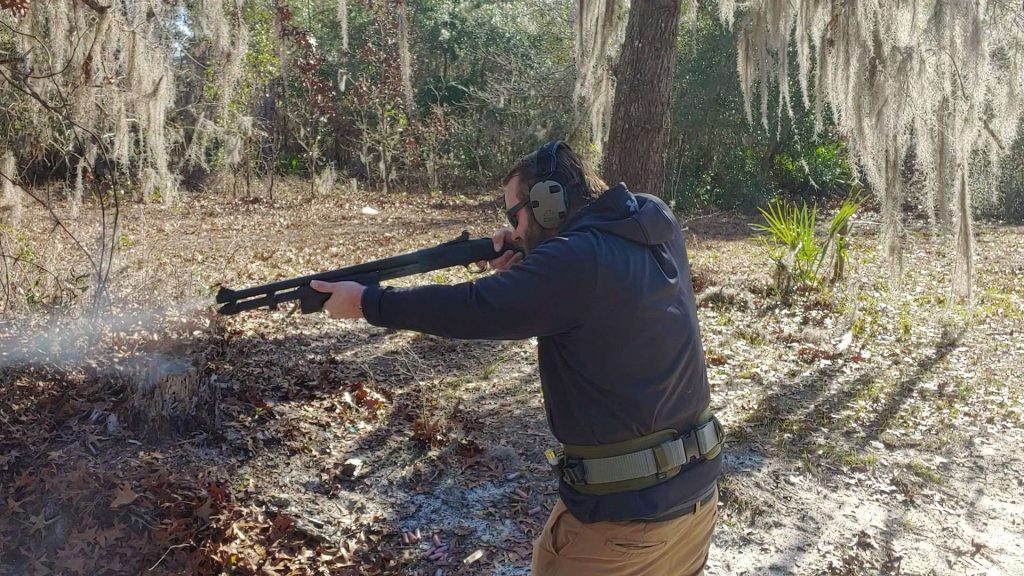 The par time of 30 seconds sounds generous until you run the drill a few times. You have four in the gun and have to reload six rounds in some way or another. Reloading is the trickiest part, and here is a protip, trim your thumbnail before you do this drill.

Reloading the shotgun is always challenging, and you can have a lot of leeway to load the way you see fit. You could load the gun fully before firing the first shot, reload when necessary, or however else you see fit.

I ran the Shotgun Casino drill five times with the Mossberg and tried various reloading strategies and techniques. This includes mag tube reloads only and a combination of port and tube reloads. I also practiced using the belt versus the Tactaload and vice versa. 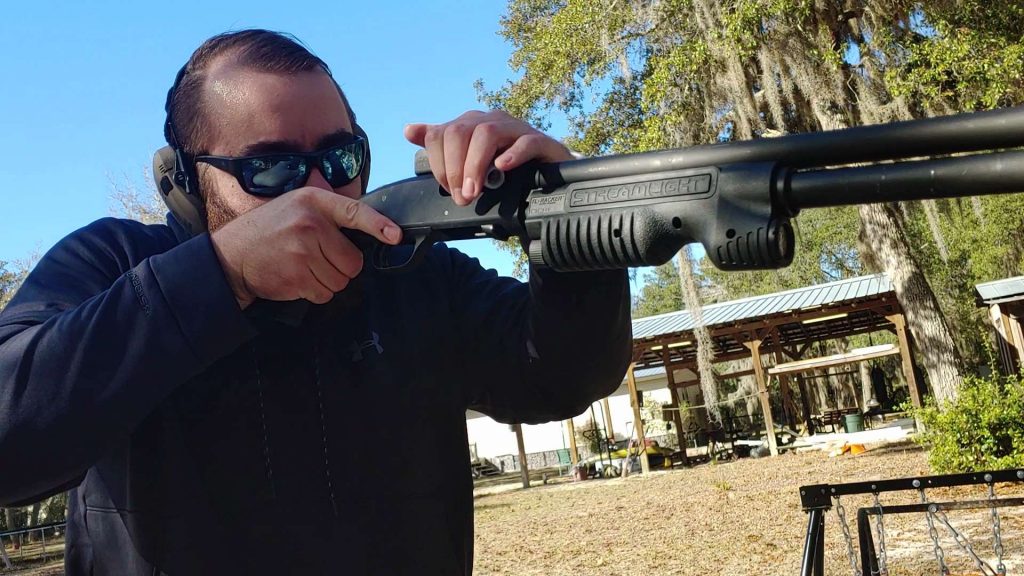 For my fastest run, I took out the 1st and 2nd target, fired one round into target three, and reloaded all five rounds from the Tactaload stock. I fired the final two rounds into the third target and transitioned to the 4th target. At the 4th target, I fired my remaining three rounds into the target and port loaded the final round to finish the drill. This run gave a final time of 22 seconds.

I ran one round of the Shotgun Casino Drill with my Benelli M4. The gun has three in the tube, one in the chamber and four in the side-saddle, and my belt held the two rounds I needed to finish the drill. I ran it once with the semi-auto after five pump action runs. Predictably the semi-auto was much easier to run, and I scored a 20.52 time with the M4 on my first try.

I didn’t necessarily have an epiphany, but the Shotgun Casino drill reinforced all the shotgun basics. Reloading is best done smoothly rather than rapidly. When I took just half a second to think about my actions, I ended up being much faster. When I went nuts trying to scramble for rounds, I messed up my reloads. Also, recoil control is critical, and when speed was on the line, I felt my technique slipping under pressure. A few times, I let my push/pull technique slip, and I felt the full-powered recoil, and it threw me off. That meant seconds were added to my run that could’ve been cut if I didn’t drop my technique. The Shotgun Casino Drill identified weaknesses I have in my training and habits and showed me where I needed to improve. That’s where the real benefit of drills is the ability to identify weaknesses.

If you’re a shotgun enthusiast, then the Shotgun Casino Drill is something you should most certainly pursue. If all you have on hand is birdshot, the drill is still valuable and allows you to work out your weaknesses. I’m going to commit to this drill a lot more often, even with dummy rounds and dry fire. My goal is to get it down to 18 seconds with a pump gun and 15 with a semi-auto. For now, I’m going to scrape skin, bust knuckles, and work to get faster at my shotgun reloads, along with some perfect technique dry fire. The Shotgun Casino Drill is now one of my favorite drills, and it’s going to push my shotgun skills further.