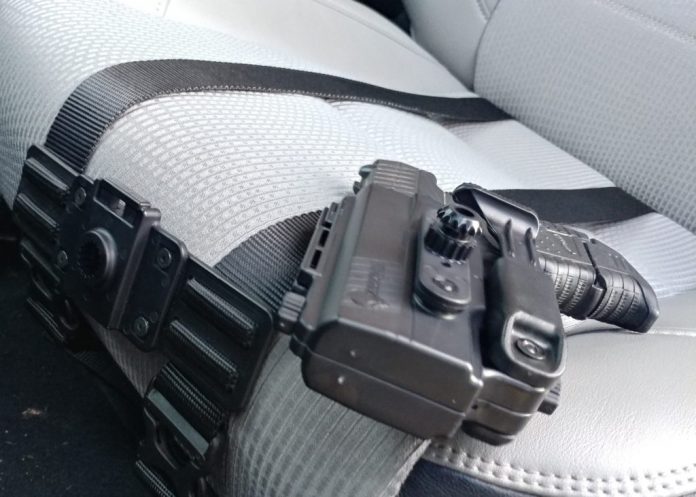 When AlienGear Released the Shapeshift core system I was impressed, four holsters in one was a cool idea. Then they promised expansions and delivered, and keep delivering. From MOLLE Mounts to shoulder rigs the ShapeShift system is continually growing. One of the newest developments is the ShapeShift Driver Defense system. Alien gear sent me, and I’ve been giving it a test drive for lack of a better word.

At its core, the Driver Defense system is two straps connected to the ShapeShift’s mounting plate. The straps go around the top portion of your seat and out the bottom. Two simple buckles hold it all in place, and the straps are insanely long to fit most vehicles. They are adjustable. Mounting the entire system took less time than Wu-Tang Clan’s “Protect Your Neck,” took to play. There are no screws or permanent alterations required of your car. 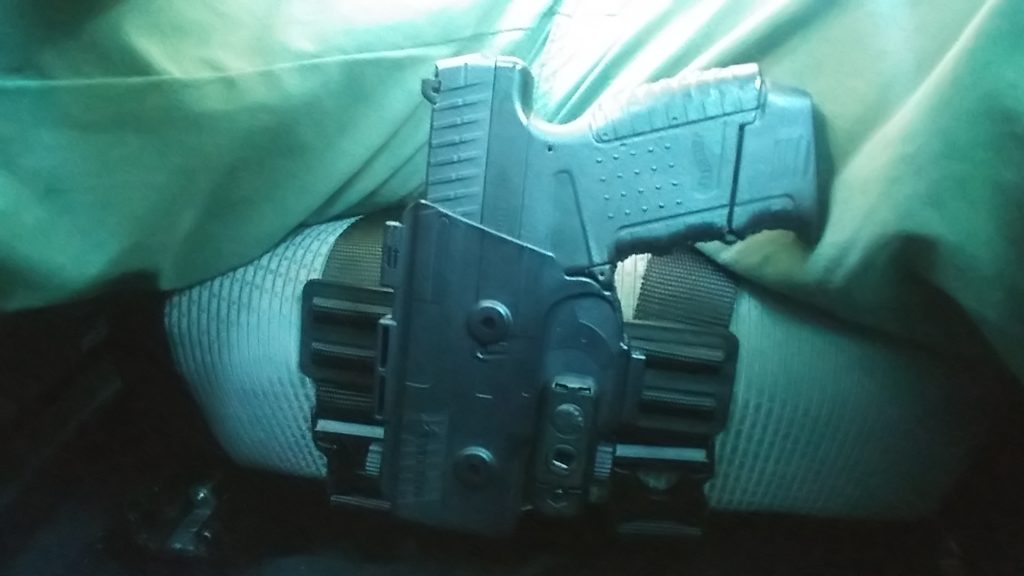 Once mounted to install your ShapeShift holster and bam, you have something fun and exciting between your legs. The ShapeShift Driver Defense positions the gun for an easy grip and grab system that keeps a gun where you need it and allows you quick and easy access.

The ShapeShift Driver Defense in Play

This is going to be an awesome choice for road trips. The majority of people carry a gun on their waist for concealed carry. In a seated position it can be tricky to draw from the waist. Some people also find it uncomfortable to keep the gun n the waist when seated, especially for long periods of time.

This system allows you to stow the gun on the seat until you arrive at your destination. Is this useful for a trip to the store? No, but for long commutes and road trips its a fast and comfortable way to carry a gun.

As someone who lives in the middle of nowhere, I travel a good deal, and some guns and some holster just aren’t comfortable over long periods of time. Instead of downsizing my gun, or even worse leaving it at home it can ride in comfort, legally, with easy access. 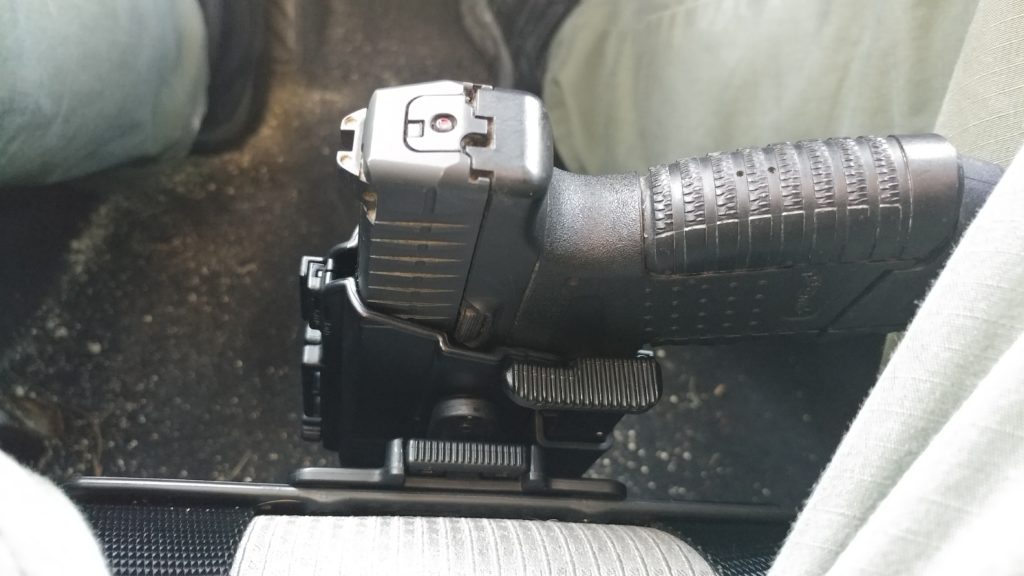 The Driver Defense Positions the gun right between your legs, and you can adjust the mount to be lower or higher as you please. The ShapeShift mounting system also allows you to adjust for cant if need be. 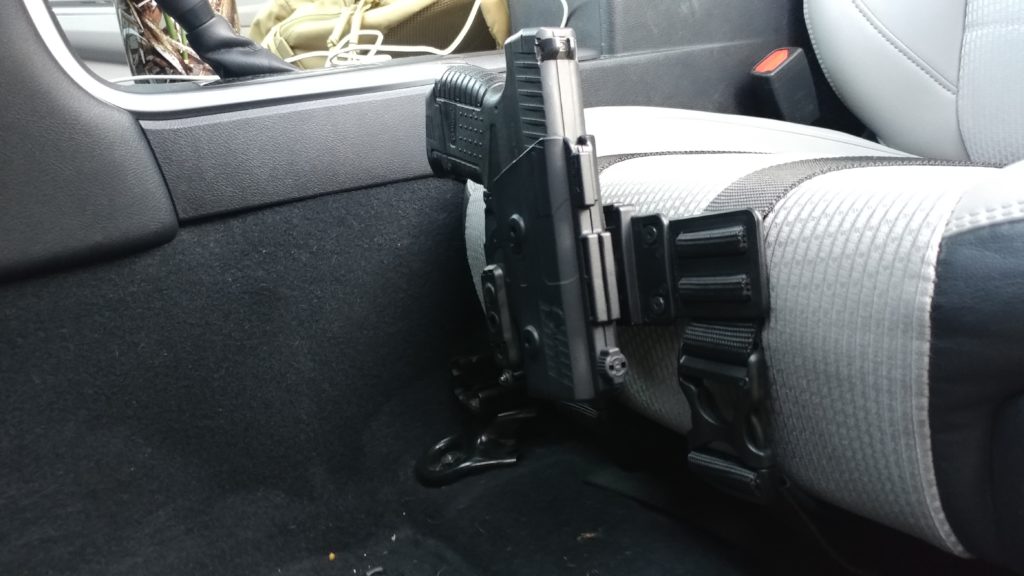 Mounting and removing a ShapeShift holster to or from the Driver Defense system takes only a second or two. The mount has a positive lock that is defeated by pushing a small tab downwards. This makes sure the holster stays where it needs to be. 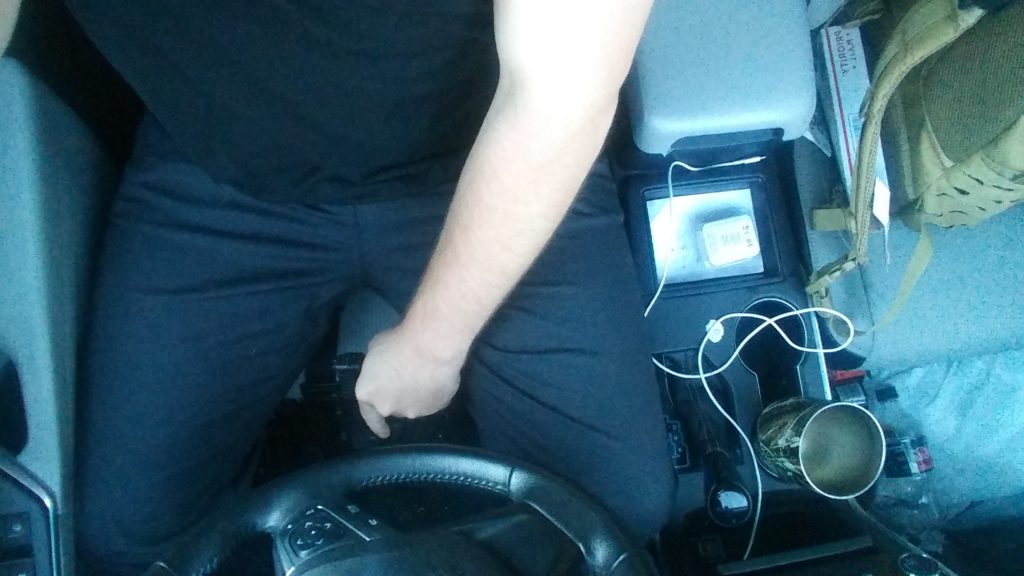 The Driver Defense is designed for vehicles, but it also had no issues fitting over my office chair. This position serves the same purpose to me as the car. It’s more comfortable, easier to reach, and a simple transition to mount a gun to my office chair. The Driver Defense system offers 6 feet worth of straps so with enough imagination there is no telling where you could end up storing this system if you are the creative type. 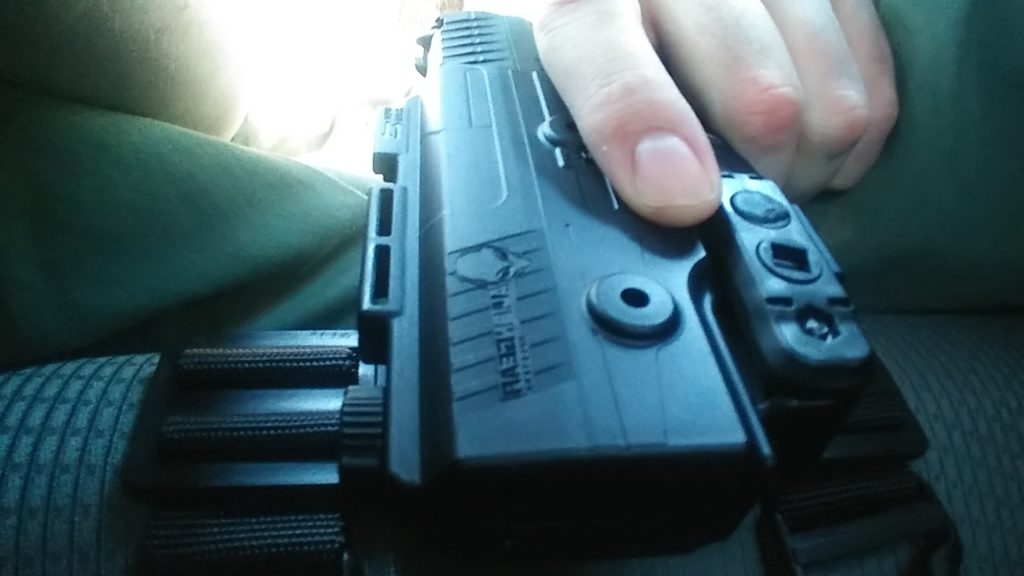 Sometimes it is the most straightforward gear that can impress you. The Driver Defense system is simple, easy to install, and affordable. It gives you another simple addition to the Shapeshift Holster system that’s convenient and serves a genuine purpose.

I’m looking forward to seeing what is next from AlienGear.