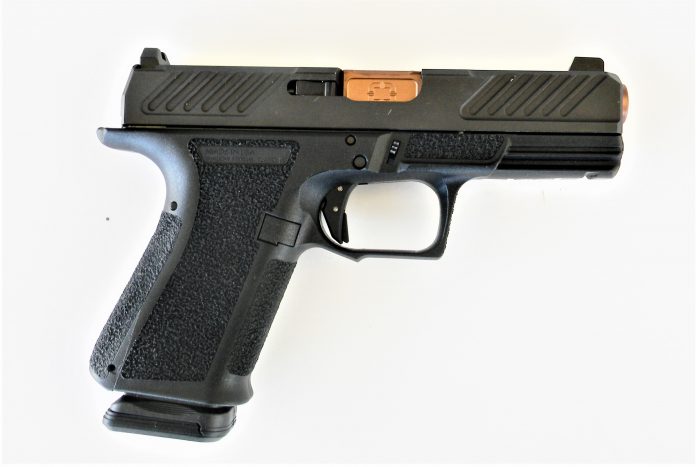 It isn’t unusual for a popular handgun to be copied.

Sometimes they call it cloning, or perhaps the pistol is based on an original. There are untold versions of 1911 handgun, several revolvers based on the K frame Smith & Wesson, and good, bad, and ugly CZ 75 clones. Sometimes the gun is made cheaper to sell at a lower price point, sometimes the pistol is a genuine improvement.

Funny enough Glock offers a retro Glock reissue of the original, a sure sign of a brand’s popularity.  At the same time there are upgrades of the Glock and quite a few clone pistols. There is a tremendous market for Glock aftermarket parts. I think sights are fine but I would never carry a gun for personal defense that has had trigger work. There are too many variables. The Glock always works and I don’t mess with success.

The strong suit of the Glock is reliability. Perhaps handling could be improved. Every striker fired polymer frame pistol on the planet shows Glock influence. Pistols with a steel slide and polymer frame are sometimes slide heavy. A bit of re-design or custom work on the frame may be an aid in this handling.

This is a close clone of the Glock 19 9mm. Shadow Systems began manufacturing with Glock upgrade parts, such as barrels. As they moved to manufacturing their own slides and frames the added first the MR918 as a complete handgun and now the MR920. Sure, we may all be capable of easily adding a tritium front sight but some of the other upgrades are much more difficult.

The Shadow Systems pistol features changeable grip inserts that differ considerably from the Glock including one that closely mimics the 1911 grip. The grip features an extended tang commonly referred to as a beavertail. The frame feels slightly different compared to the Glock. The trigger guard is undercut toward the rear to lower the bore axis. The grip frame treatment offers a balance of abrasion and adhesion. The slide features custom cuts and a nitride finish. The barrel features standard rifling rather than polygonal, so you may use lead bullet handloads. Shadow systems uses a Glock like trigger system superior in trigger press to the standard Glock. This is a factory trigger. No one may accuse the owner of reckless tampering. The pistol features a standard Glock type rail for mounting optics. A steel guide rod is added. The rear sights is a ledge type and the front sight is a bright tritium dot that offers excellent combat accuracy.

Adding the features up quickly shows you could not modify a standard Glock to this standard unless you spent perhaps twice the cost of the Shadow Systems pistol.  The trigger connector is from Taran Tactical. Coupled with an aluminum trigger shoe the fit and feel are good, the trigger face is more flat than a Glock. While the trigger broke at 4.9 pounds originally after a few months use it settled into 4.5 pounds and has remained there for more than a year of use. Pre travel is slightly shorter than the Glock. The pistol features a slightly flared magazine well. The Shadow systems handgun is supplied with an easily mounted magazine funnel. I have not used mine. Be aware that aftermarket magazine wells for the Glock do not fit the Shadow Systems pistol. Shadow Systems recommends a two hundred round break in. My pistol came out of the box running and has never failed to feed, chamber, fire, or eject.

Shadow Systems has done their homework with this handgun. While reliability should not be a question with a Glock clone the pistol also features modifications that improve handling and accuracy. Shadow Systems called the grip design the NPOA or Natural Point of Aim. Backstrap inserts offer custom handling. The H backstrap is for those preferring a muzzle high attitude and this one is most similar to the Glock 19.  Another insert is the neutral or N insert. Small hands will be served with the L backstrap.

The pistol is fast on target and shoots very well. The improvement over the Glock pistol is incremental. It isn’t a sweeping change like say the Les Baer 1911 over a standard Colt. It is rather a meaningful and noticeable improvement that is best exploited by a trained shooter. I have fired the pistol extensively and it is among my favorite daily carry guns. Reliability is excellent. In speed shooting the superior grip treatment and high visibility sights are an advantage. As for absolute accuracy the pistol is more accurate than most. As an example at a long 25 yards the pistol has proven accurate enough for any reasonable chore. Firing using the MTM K Zone shooting rest I fired several 5 shot groups using a proven accurate loading. The Black Hills Ammunition 124 grain JHP breaks over 1150 fps and features an excellent balance of expansion and penetration. Five shots went into 2.0 to 2.25 inches. This is a credible handgun well worth its price.