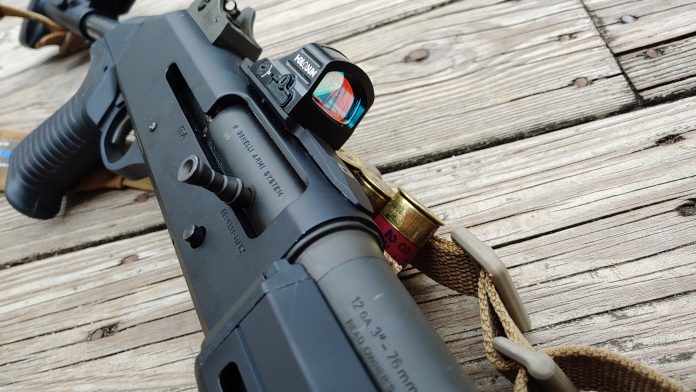 Optics on shotguns can be a tricky proposition. Shotguns are like handguns in the fact that many will argue an optic isn’t necessary. Most people are wrong about that, at least from a defensive perspective. Optics make everything faster and more precise, and a shotgun is no different. Optics on shotguns are tricky, but Scalarworks has a problem-solving solution through their Sync mounts.

The Scalarworks Sync Mount is a shotgun specific optic’s mount available for the Mossberg 500/590/930 and the Benelli M2/M4/SBE. The Sync mount is also optic’s specific and made to mount the Trijicon RMR or SRO. The Trijicon footprint is quite popular, so the Sync mount will accommodate various optics. I mounted the Holosun 507C v2 over an RMR, and the fit was perfect.

The Sync mount is made from 7075-T6, and when the open bottom RMR is mounted to the mount, the gun has a rock-solid and waterproof fit.

The Benelli M4 already comes optic’s ready, so you may be asking what the point of the Sync mount is? The Sync mount lowers the optic to the point where it perfectly co-witnesses with the Benelli’s iron sights. A brief glimpse through the rear sight perfectly places the reticle in focus and provides a clear view all the way to the front sight. 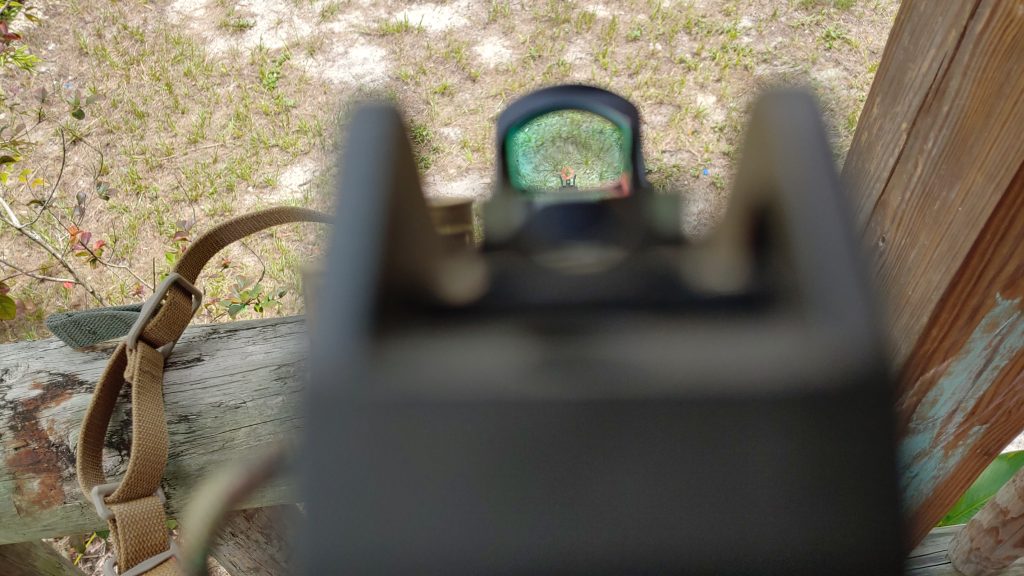 The Sync mount positions the optic much lower than most and provides you with a rock-solid cheek weld and a comfortable position in which to use the optic. No more chin or jaw welds to be had here. Most shooters using a Benelli often find the LOP too long for optic’s use, but the Sync mount eliminates that for all Benelli M4 stock types.

The Sync mount is also much lighter than the Benelli optic’s rail. It weighs only .64 of an ounce compared to the Benelli’s 2.71-ounce optic’s mount.

The Sync Mount also doesn’t use a traditional installation method. On guns like the Benelli, four holes and four screws hold down the optic’s mount. The Sync mount goes in its own direction. The middle two bolts act as anchor points that remain under the mount entirely. This Key Slot mounting system locks the mount down before it’s genuinely connected. 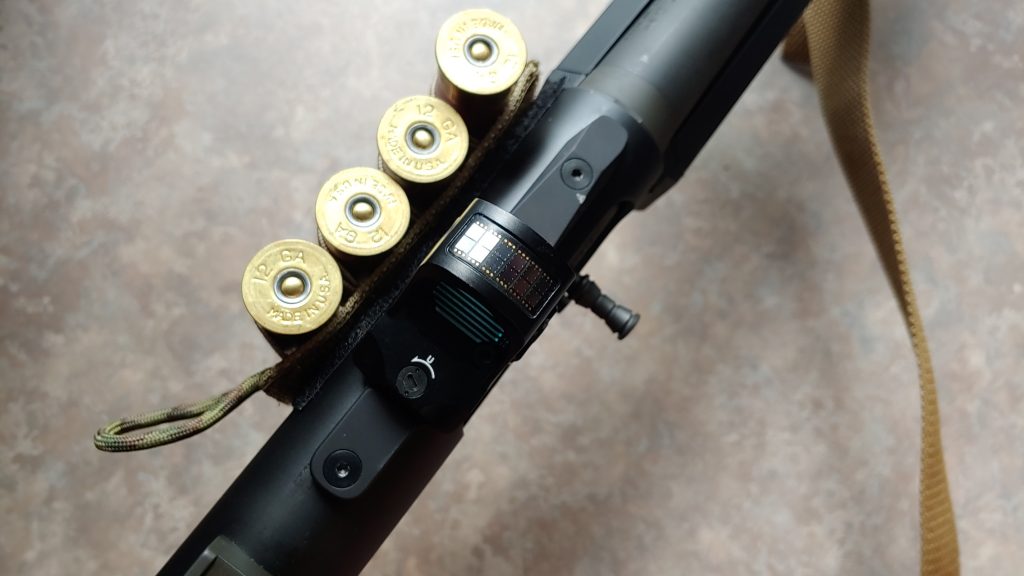 Once the first two bolts are in place, and the Sync mount is locked in, you then add the front and rear bolt, which properly secure everything. This system spreads side-impact over four points, and once in place, there is no shaking or looseness to be found. 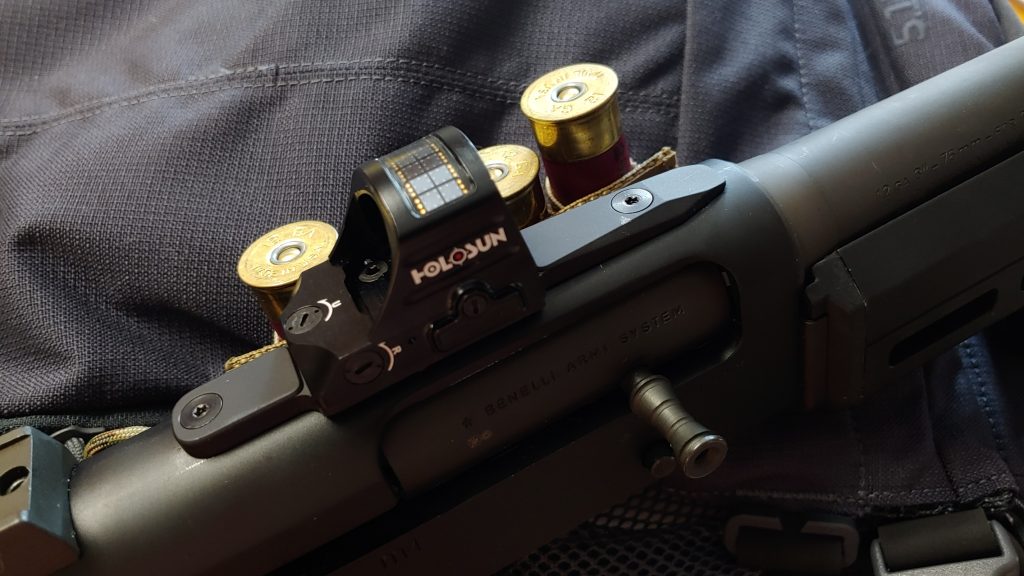 Tossing on your optic of choice is relatively simple and takes no time at all. A little Loctite and a turn of the bolts and bam, you are ready to go.

Zeroing is easy because I know my irons are zeroed for Federal Flitecontrol at 15 yards. I moved the 32 MOA circle down and matched the reticle to the irons, and I was off. The reticle was dead on with my chosen load, and I was a happy shotgunner.

The Scalarworks Sync mount has since been subjected to my wills and whims for shooting during the quarantine. I’ve put hundreds and hundreds of buckshot downrange, and even more birdshot with my newly decked out Benelli M4, and the mount remains secure. None of the bolts have loosened, and the setup is just as tight today as it was on day 1. 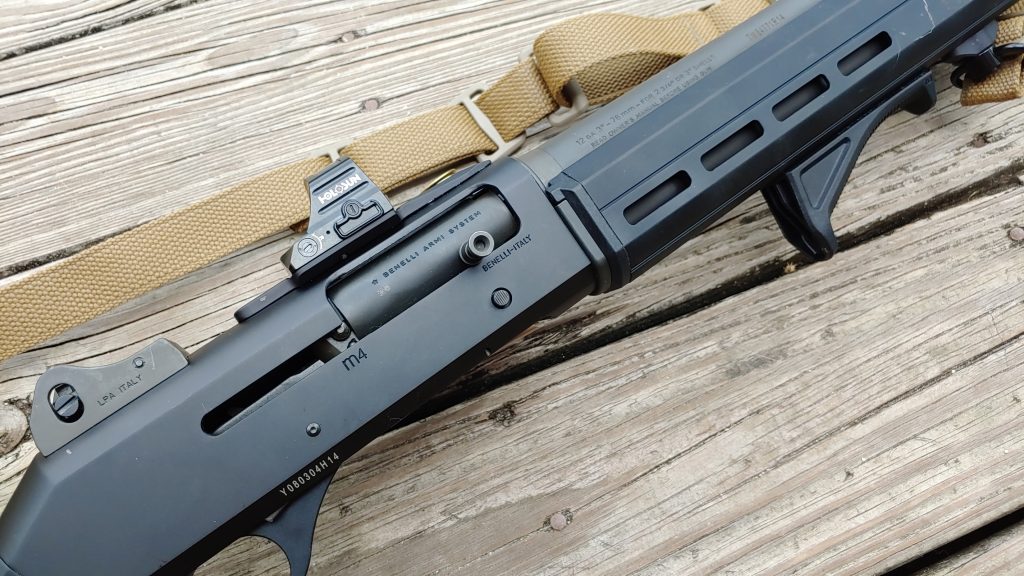 I do adore being able to get right behind the optic with a natural cheek weld. It makes shooting the gun much more comfortable and natural feeling. Shooting with a compromised cheek weld is never fun, especially when set against some stress. You’ll find yourself missing the optic and losing your reticle, which results in sacrificed time and frustration.

The Sync mount guarantees that when you jam your cheek to your stock, the reticle will be a part of your vision. Forget spending time trying to find it; spend that time pulling the trigger. Shotguns and optics are tricky because few people have invested the time to do it right. When paired with an excellent red dot optic, a shotgun is faster and inside a shotgun’s effective range, speed is king.

The red dot gives you the speed of a bead sight with the accuracy of ghost rings. However, this only works when the optic is placed low and in the ready position. The Sync mount gets the red dot nice and low and perfect for shots on the fly. Shotguns rule when it comes to fast snapshots and reactionary shooting, and the Sync perfectly complies with that kind of use. The Scalarworks Sync mount is an excellent addition to your Benelli or Mossberg, and I’m glad the gauge is getting a little attention.