The AKM series of rifles in the US has had a born again resurgence in popularity. Second, perhaps, only to the AR15 the Kalashnikov rifle has found a home in classic and modernized formats. It’s focusing on these modernized features and applications where I have completed an evaluation for your consideration on three pieces of gear from the polymer wonder wizards at Magpul.

For those of us out here who love both the AR and AK platforms for their excellence in capabilities, it was a wondrous day when Magpul gave us the MOE version of the AK magazine. Even better, upon that introduction, they let us know up front that the M3 was coming and exactly why it was coming.

For those who do not know, the MOE AK mag, just like most of the PMag line, has an entire polymer body. This combined with the AK’s magazine locking mechanics presents a possible issue. All the pressure securing the magazine can coalesce on the magazine locking tab, and no matter how strong the rest of the magazine body is if that tab fails your mag is out of commission and headed to its grave. Magpul mitigated that risk as much a feasible by building up the polymer around that tab, but material limitations only make that so useful. It can break. It won’t break under normal or even hard use, but it can break under impact. If the rifle falls and lands on the magazine, if you fall onto the rifle, or if that magazine experiences an incredibly sharp impact that over stresses the polymer on that tab it will break.

This is an unlikely but catastrophic condition that the MOE AK Magazine can experience, and it was known by Magpul from the start. It’s a material limitation, and Magpul had the solution on the way, but they wanted it fully functional. The concept of the M3 was known from the moment the MOE was released into the wild. It uses a stainless steel cage to reinforce all the contact surfaces the magazine has with the rifle. The tab on the magazine is now steel, the front face of the magazine that latches onto the magazine well is steel, and the feed lips under the polymer are now steel. That highlights the differences between the MOE and the M3, the steel cage replaces the built up polymer and mitigates the material limitations of the polymer in the Kalashnikov magazine.

Both MOE and M3 magazines have run without issue to put that as succinctly as possible. They feel identical in the way they run, and the M3 is only marginally heavier at 7.2 oz over the 6.5 oz of the MOE.

What does this mean for the end user? Pick up and run the MOE magazines that retail at $13.95 as your range mags and if one or two fails ever, oh well, $14 more and its replaced.

Pick up and run the M3 magazines as a lightweight primary/duty/self-defense magazine or rig magazines. Use the M3’s for the extra strength and the MOE’s for economical practice.

Or run all M3’s, they’re only $26.95 retail. Magpul brought their usual A-game with these magazines giving both a definitive purpose and focus. The MOE has economy and function, and the M3 adds robustness. 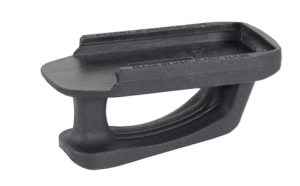 The Ranger Plate from Magpul is nothing new, and it makes perfect sense that they would add it to the AK PMag accessories as an option. For any unaware of what the Ranger Plate is let me explain. Ranger Plates are a replacement floor plate for the Magpul magazines that add a polymer loop to the bottom. This a culminated evolution of Magpul’s original product… the Magpul, a rubber sleeve that wraps around the bottom of a magazine so it can be more easily extricated from your run of the mill nylon magazine pouches.

If you run magazines off of a shallow walled belt rig you likely have no use for the Ranger Plates, you can grab the full body of the magazine to perform a reload. But if you run closed top or high walled magazine pouches on any rig, bag, or vest where the only exposed portion of the magazine is the bottom then the Ranger Plate gives a straightforward extension to grab onto and free the mag from the pouch. To anyone out there who’s run around in a plate carrier you understand this is often a less than graceful process and the extra assistance from the Ranger, Plate is easy to appreciate. 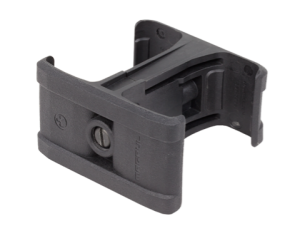 The final piece of Kalashnikov Magpul gear I evaluated was the coupler, a simple two-piece polymer device that secures on the bodies of two Magpul magazines and links them side by side. I remember seeing set ups like this done in movies and with duct tape and maybe even a video game or two, and the practicality was suspect.

Let’s be honest, there is no practical purpose for running this on a rig, belt, bag, plate carrier, etc. The coupled mags are bulky in any configuration. I ran them parallel, inverted, with and without Ranger Plates, staggered, and so on but couldn’t find an overly smooth set up despite repeated reload iterations.

Coupling the mags will not make reloads faster. They can get in the way of side rail mounted optics depending upon how the magazines are together. The extra weight on the rifle of a loaded magazine off the rifle’s centerline and the increased difficulty of certain manipulations on the AK all negate the coupler’s usefulness when you’re carrying extra ammunition in a more conventional manner.

But that isn’t what the magazine coupler is for. It’s for when we are not carrying extra ammunition. If your Kalashnikov is your beside safeguard, a bump in the night gun, or “contact” rifle the coupler turns your 30 rounds of scooped up 7.62x39mm into 60 rounds (I ran Hornady 123gr SST in my bedside magazines).

Keep up the good work Magpul.

Now that you’re behind the two most popular fighting rifles in the world you’ve brought your AK line in boldly and with pragmatic purpose to the products carry on.