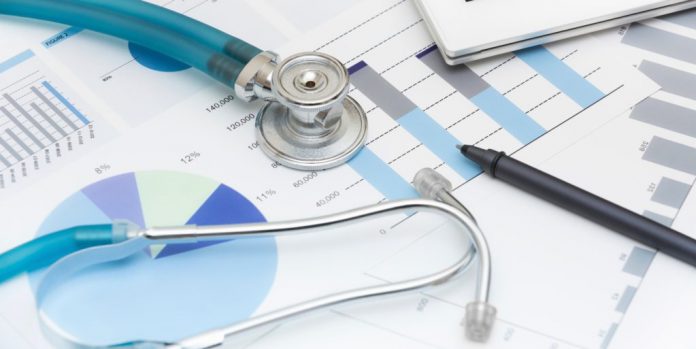 [Ed: DRGO has returned from the 34th Annual Gun Rights Policy Conference, hosted in Phoenix by the Second Amendment Foundation. On Sunday, Dr. Brodale discussed medical research on gun violence during the past year.]

From the American Medical Association’s Journal of Ethics, “Gun violence and trauma surgery”:  “Mass shootings account for less than 1 percent of all gun-related deaths in the US”. You would never know it the way they only react when there is a mass murder.  Every murder is significant, yet they ignore the daily toll of murders from street gangs and the drug trade to make front page news over the less than one percent toll from mass murders.

They go on: “Advancing research on gun-related injury prevention is severely constrained by current governmental policies”.  Is that really true? Many, many articles on “gun violence” have been published by medical researchers since last September.   Here are a few of them:

— “Public opinion about the relationship between firearm availability and suicide: Results from a national survey“

— “The Dickey amendment on federal funding for research on gun violence: A legal dissection”

— “Firearms, alcohol and crime: Convictions for driving under the influence (DUI) and other alcohol-related crimes and risk for future criminal activity among authorised purchasers of handguns”

— “State firearm laws and interstate transfer of guns in the USA”

— “Criminal use of assault weapons and high-capacity semiautomatic firearms: An updated examination of local and national sources”

Shall I go on?  I’ll spare you, because the list goes on and on.  I did a few searches on PubMed among its 30 million citations of biomedical literature.  I searched for articles from the past year (September 2018-September 2019). This returned 135 articles just for “gun violence”; over 200 were about “firearm storage”, over 500 just for “firearm”.  And there are many more regarding “mass shooting”, “gun control” and other topics.

Not all these articles are biased toward gun control or that all guns are bad, or ignore the person that is responsible for the criminal acts with those guns.  It comes down to this—there is a lot of medical and public health research being done in the United States and the world about firearm related injury and death, most of which is slanted, even while researchers whine that they can’t find funding to do any gun violence research.

How about this one: “Holding Sweden hostage: Firearm-related violence”?  No, this is not Sweden or New Sweden, Michigan.  This is the Scandinavian country, Sweden.  But firearm-related violence is not supposed to occur in developed countries outside the U.S.  To quote our previous gun-grabbing President of the United States, “This just doesn’t happen in other countries”.   Yes, it does and is increasing in Sweden, a country “with some of the worlds strictest gun laws” according to this article.  Now, Sweden has never had as high a violent crime rate as Brazil or Mexico but there are many societal and cultural issues other than gun laws that affect violent crime rates.  The point here is that firearm related violence still occurs and can increase for reasons unrelated to firearm laws.

Back in the U.S., how  about this from two physicians at Tulane University School of Medicine in New Orleans?  “Let’s Join the Lane: The Role of Infectious Diseases Physicians in Preventing Gun Violence“.  Although not a research article, it is another example of physicians getting in the wrong lane.  They do their best to make a case for why their specialty should advocate for gun control.  They go so far as to state that gun violence is an infectious disease issue because many spinal cord injuries are caused by firearms, that people with spinal cord injuries are at risk for pressure sores ,and these wounds are an infectious disease nightmare.  Along with this incredible stretch in logic, they fail to see that the gun is not the problem. They need to keep within their scope of practice and expertise, and stay in their true infectious disease lane.

Dr. Stephen Hargarten and associates put forth some very interesting theories in their article “Gun Violence: A Biopsychosocial Disease“.  I was hopeful about this article because, taken literally, a biopsychosocial mode could provide a useful perspective on firearm injury.

In the “bio” part (the physical biology) we can study the damage that is done by the bullet and the best ways to treat that (including infectious disease complications).  The Stop the Bleed program and FASTER offer similar training.  These train people to stop bleeding from trauma using direct pressure, clotting agents and tourniquets.  Many of us carry these kits at all times, as I do.

“Psycho” refers to the psychological aspects of violence.  There has been much research done about the psychology of violence. The question of “Who is high risk for violence?” is better understood for suicide than for homicide victims. “Red flag” laws presume that violence is predictable but it is a much more complex than lawmakers imagine.

“Social” (and cultural) causes are a growing area of research into the precipitants of violence.  There is ongoing work to learn how to reduce the social pressure to initiate or respond with violence.

Unfortunately, Dr Hargarten et al don’t stay in any of these lanes.  They begin in the right place but end up right back to gun control.  For example they say “The disease model provides us with accuracy: the bullet and its kinetic energy shreds, tears and destroys cells, and damages organs, leading to death and disability”.   Yes, but this is the last step in the chain.  Then,  “While the behavioral health issues that result in a person pulling a trigger and releasing the energy need to be better understood . . . the gun, which carries the bullets, becomes a necessary focus of intervention”.  Despite acknowledging that the person who pulls the trigger needs to be better understood, they move directly to advocating intervention on the weapon.  Hopeless.

An interesting study appeared by Laura H. Gunn in the Department of Health Sciences at UNC-Charlotte with associates from all over the world, including England and Columbia: “Online interest regarding violent attacks, gun control, and gun purchase: A causal analysis“.  The title tells us something, too obviously. They studied internet searches on violent acts, gun control and gun purchases.  According to the article “Google Trends, as a way to access internet search data, has become a widespread tool for health research”.  It’s unclear how well Google can be trusted to give accurate information about gun-related searches, based on its demonetizing firearm related YouTube channels.

The article documents that, following mass murders, searches increase about the specific act (mass public murders), gun control and gun purchases.  This is not rocket science, but there is an interesting twist in her results.  It appears that interest in the act of violence fades quickly but that interest in gun control and firearm purchases fades more slowly.  They concluded that the continued conversation on gun control in the media is what continued to fuel more searches for gun purchases.  If anti-gunners get wind of this, you might think they would reduce their gun control rhetoric . But listening to the Democrat debates lately, it’s clear that they are not going to be quiet about gun control anytime soon.

But be not dismayed.  There is positive medical research on firearms out there, like this one by Mark Hamill MD et al titled “State Level Firearm Concealed-Carry Legislation and Rates of Homicide and Other Violent Crime“.  This was presented at the American College of Surgeons Annual Clinical Congress in Boston in October 2018.  They looked at concealed carry legislation and its effect on the rate of homicide and other violent crime over 30 years (1986-2015) while concealed carry laws were being liberalized in many states.  This study actually looked at the data objectively, unlike so many other firearm researchers with obvious subjectively skewed results.  Dr. Hamill and associates used a very simple model.  They classified concealed carry in two complementary ways:  1)  no carry, may carry, shall carry and unrestricted; and 2) restrictive (no carry and may carry) vs. non restrictive (shall carry and unrestricted).  They did not find any increase in violent crime or homicide as concealed carry laws became less restrictive.

It is refreshing to see physicians doing objective research on firearms instead of demonstrating anti-gun bias from beginning to end. Here is another recent example of that bias.

I attended the Iowa State Trauma Conference in August and took in a lecture titled Active shooter in the healthcare setting.  I expected the usual anti-gun blather and I was correct.  Many of the statistics presented were either irrelevant or biased.  During the lecture the author repeatedly mentioned how many firearms were confiscated from people when certain hospitals installed metal detectors at the entrances, without discriminating between legal and illegally carried guns. That wasn’t the worst of it though.  Then she added that perhaps 20% of weapons got through the metal detectors.  So I asked why, if even with metal detectors we cannot stop significant numbers of firearms getting into the facilities, shouldn’t people inside be armed anyway?  She said that “we have found the the increase in the number of firearms is a risk factor for firearm injuries and the number of gun used to protect someone is much less than the number of people harmed with guns every year”.  I brought up the fact that many researchers have found that the number of defensive gun uses is much higher than the harm done by criminals.  Even the CDC’s own survey data (which they hid for 25 years), showed approximately 2.4 million defensive gun uses every year.  That is many more than all of the gunshot harm, including suicides, every year.  She said “we will just have to agree to disagree”.   I had to agree with her there.   She doesn’t want to consider research that doesn’t fit the party line.  I think that we do need to look at it all.

So despite some good articles published by medical researchers this year, we still have a long road ahead with a lot of opposition from medical professionals.  DRGO will continue to counter the biased pseudoscience put out by anti-gun medical professionals and stand up for our right to self-defense.

Conner A, Azrael D, Miller M. Public opinion about the relationship between firearm availability and suicide: Results from a national survey. Annals of internal medicine. 2018;168(2):153.

Rostron A. The dickey amendment on federal funding for research on gun violence: A legal dissection. American journal of public health. 2018;108(7):865-867

Wintemute GJ, Wright MA, Castillo-Carniglia A, Shev A, Cerdá M. Firearms, alcohol and crime: Convictions for driving under the influence (DUI) and other alcohol-related crimes and risk for future criminal activity among authorised purchasers of handguns. Injury prevention : journal of the International Society for Child and Adolescent Injury Prevention. 2018;24(1):68-72

Zeoli AM, McCourt A, Buggs S, Frattaroli S, Lilley D, Webster DW. Analysis of the strength of legal firearms restrictions for perpetrators of domestic violence and their associations with intimate partner homicide. American journal of epidemiology. 2018;187(11):2365-2371

— Dr. Sean Brodale is a family practitioner in Iowa. He is pursuing the right to carry in hospitals for eligible medical personnel. At DRGO he is involved in membership and public engagement projects.

All DRGO articles by Sean Brodale, DO