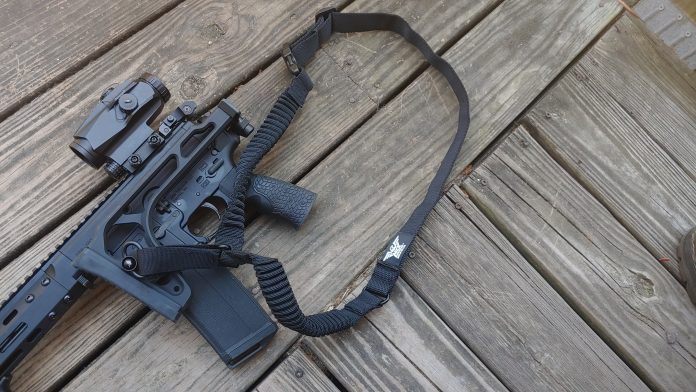 There was a time when the cool guys all rocked one-point slings. It was MY time, so I’m either old, or the industry moves fast.

Go watch Generation Kill. All those dudes rock single points. In the 2008 time frame, if you got an M16, you dealt with the terrible three points that were out there. If you were a cool guy with an M4, you rocked the one-point sling.

By the time I was leaving the Marine Corps, the graduation to the tactical two-point had begun. Now M16s rocked out with Blue Force Gear VCAS slings, and so did a fair amount of the M4s. The tactical-two point has since taken over, and admittedly it’s the best overall type of sling on the market. There isn’t just one way to skin that cat, either. Magpul, BFG, Arbor Arms, VTAC, and many more produce awesome two-point slings.

That leaves me wondering, does the one-point have a place? Seeing as how a few companies produce slings that convert from a two-point to a one-point, it seems plausible.

What’s The Problem With One-Point Slings

As the name implies, a one-point sling attaches to a single point on the gun, typically the stock or just in front of the stock. The sling then forms a big loop you wrap around your body. It’s simple, so what’s the problem? 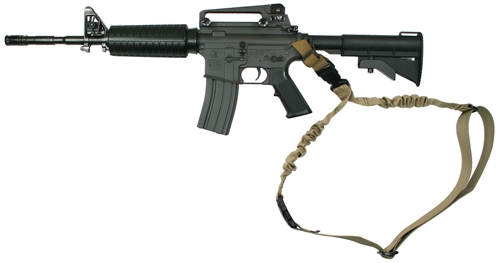 A one-point sling offers very limited support and stabilization. The front end of the gun just drops and can flop around. This lack of support limits your ability to go hands-off on your rifle. With the weapon swinging and banging, it can be tough to climb over obstacles, use two-handed tools, carry a wounded comrade, or even provide medical support to the wounded.

Don’t forget the famous nut tap one-points leave you with. If you drop the rifle and go hands-off, it tends to swing downward and give your boys a hearty hello. Lord forbid there is a suppressor on the gun, and it sits against your leg after a long string of fire. There will be something else on fire then 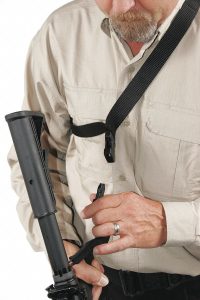 You lose a lot of your ability for a sling to add stabilization to your shooting as well. For all these reasons, the one-point lost a lot of steam and fell out of popularity. Although that doesn’t mean they don’t have their strengths.

Where Do They Shine

One-point slings offer maximum maneuverability. It’s super easy to use the one-point inside buildings and maneuver through CQB environments. It’s less strap and therefore offers less to catch on. To me, switching shoulders has always been a lot easier with a one-point than a two or three-point sling.

Also, when operating in and out of vehicles, the one-point shines. It doesn’t catch on anything, and for a passenger, you don’t have to remove your rifle to climb into the vehicle. Most of Iraq was fought in trucks and tracks, so it’s not a big surprise the one-point rose to such prominence. 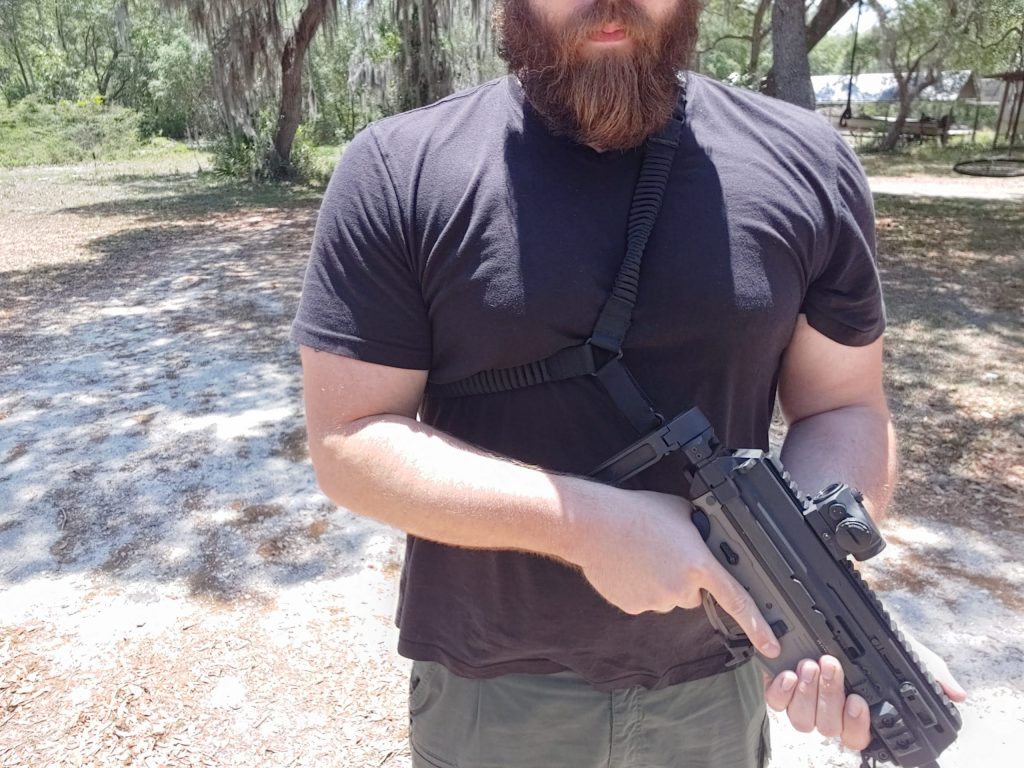 In the modern age, some guns are so small that the one point might be the only option. For something like the Army’s recently adopted APC9K, a single point makes a ton of sense. It’s a subcompact submachine gun, and there isn’t a ton of room for anything but a one-point.

As a retention strap, it’s tough to complain about. If you’re in and out of vehicles, you could be in a vehicle accident, and it’s hostile, having your gun stuck to your body is a good thing. If you’re maneuvering through a tight environment, you might start wrestling with an opponent for your gun. That one-point retention strap will make it a lot tougher to take from you. 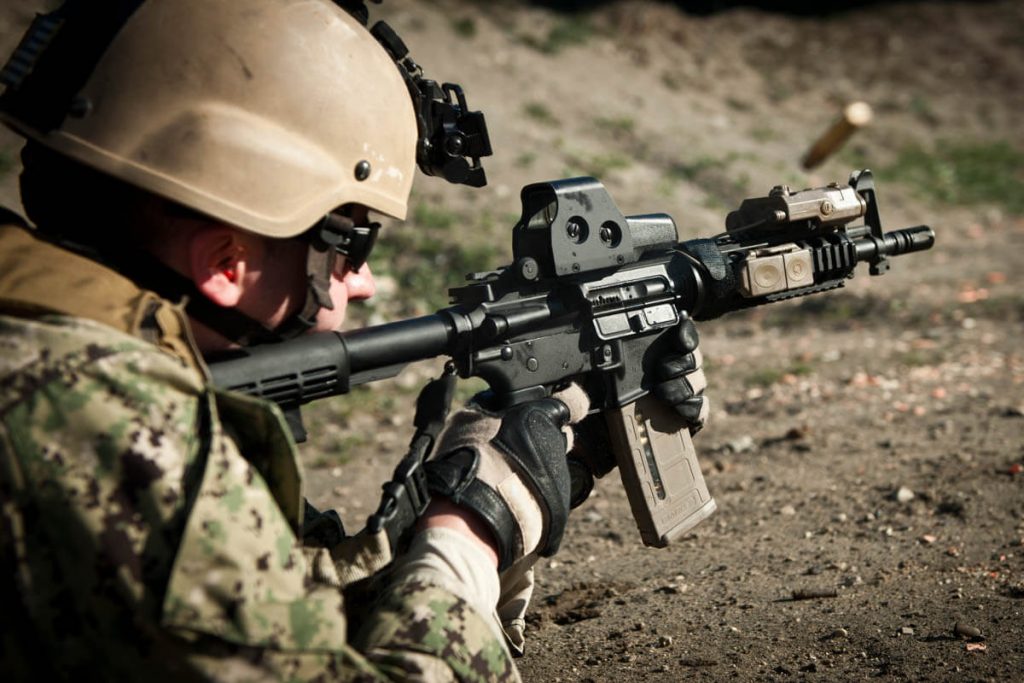 For a home defense scenario, I see a lot of advocates for ditching the sling because they can catch on things or be tough to use in extremely close quarters. Ditch the two-point, but the one-point likely provides a little extra retention should things go hands-on.

Heck, if the long gun scenario, a one-point sling properly fit can apply tension that makes pointing and carrying a long gun a bit easier with a single hand. You may only have one hand when opening doors, calling the police or guiding dependents to safety. 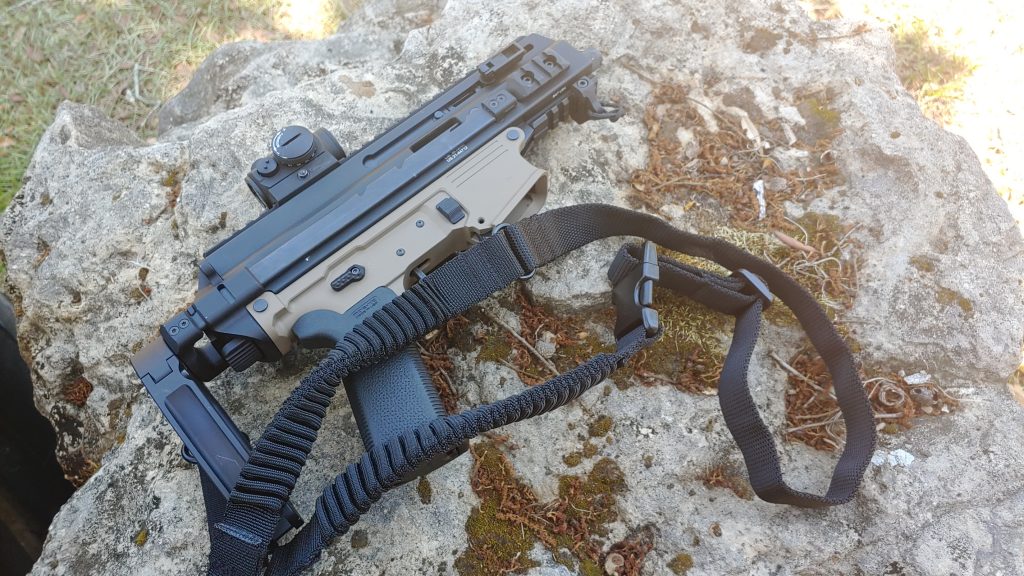 The one point might be on the hill, but it’s not quite over it. It’s a niche tool, to be certain, but like most niche tools, it shines in the right context. It’s not for everyone, and it’s good the military switched to the two-point. However, that doesn’t mean we should completely abandon the idea.