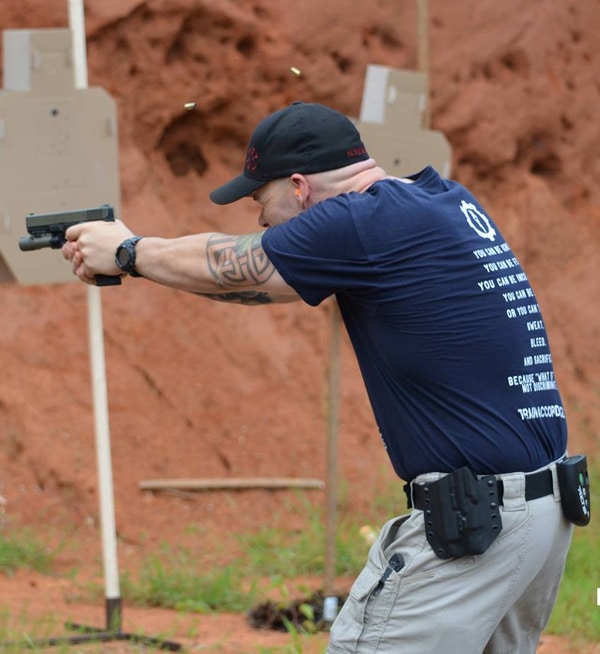 In this video our boy COWAN! dissects the Mozambique Drill, arguably one of the most common drills used on the range anywhere. This ought to make for some interesting conversation.

About COWAN!: Aaron (Breach Bang COWAN!) is an idiot savant of the tactical variety from a little place we like to call Hotlanta (though apparently no one from down there calls it that). COWAN! is the Lead Instructor and HMFIC of program development for Sage Dynamics who believes every article should be roughly the equivalent of a doctoral thesis. To call him thorough would be to damn him with faint praise. We call him COWAN! because anything in all caps with an exclamation point after it must be awesome. A former infantryman turned PSC contractor and LEO, COWAN! has served in several SWAT and training billets. His company, Sage Dynamics, is a reality-focused firearms and tactics training company that provides practical instruction for the civilian, police and military professional. An identical twin whose brother went on to become Agent 47, COWAN! is the author of the novel Rushing Winter and the designated fluffer on the set of numerous training videos, including the really good one here. Via:: The Mozambique Drill