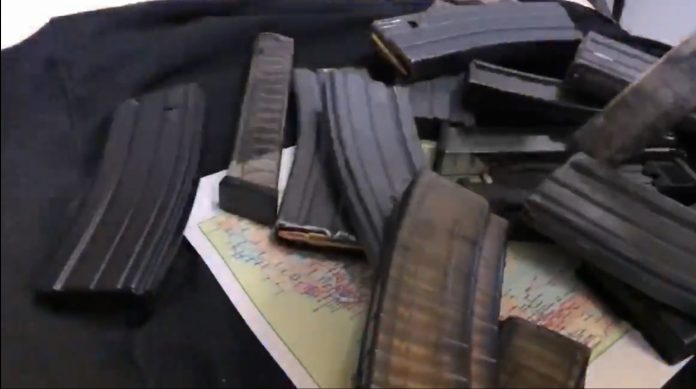 If you haven’t yet read about the Great Magazine Ban Judicial Smackdown of 2019, you must live in a cave. I first read it myself here. If all you’ve read is quoted pieces contained in other articles (including this one), you OWE it to yourself to read some of this for yourself in the judge’s own words.  Holy Cow, this is a thing of beauty.

Judge Roger T. Benitez GETS IT. He didn’t just take this magazine ban law to the woodshed, he took it to the proctologist!

In one section he provides his own examples of times when citizens needed more than ten rounds to defend themselves.

In another section he essentially calls out the Cali Attorney General for using crappy supporting documents – like “double or triple hearsay” Mother Jones level crappy.

He addresses the circular logic involved in the presumption that magazines holding greater than ten rounds are not “in common use”. Saying essentially that claiming something is not in common use – because you have banned it – is a logical fallacy that will not fly.

Then, addressing the claim that larger capacity magazines are “dangerous”, there is this quotable quote:

“The Second Amendment does not exist to protect the right to bear down pillows and foam baseball bats. It protects guns and every gun is dangerous. [citing Heller] ‘If Heller tells us anything, it is that firearms cannot be categorically prohibited just because they are dangerous.’ “

The judge goes on to discuss what is considered a burden upon rights:

“But describing as minor, the burden on responsible, law-abiding citizens who may not possess a 15-round magazine for self-defense because there are other arms permitted with 10 or fewer rounds, is like saying that when government closes a Mormon church it is a minor burden because next door there is a Baptist church or a Hindu temple. Indeed, Heller itself rejected this mode of reasoning …”

He compares the magazine ban to a burlap bag that was not at all tailored to scrutiny. My paraphrase of that section is that the magazine law is a burlap sackful of failed scrutiny that was tossed over the heads of citizens in an attempt to kidnap their rights.

This decision will likely be appealed and then maybe even go to the Supreme Court. But this well-researched opinion is a piece of judicial solid gold. I’m no lawyer but this reads like Heller or McDonald level stuff. Go read it. Save it to your files. It’s worth your time.