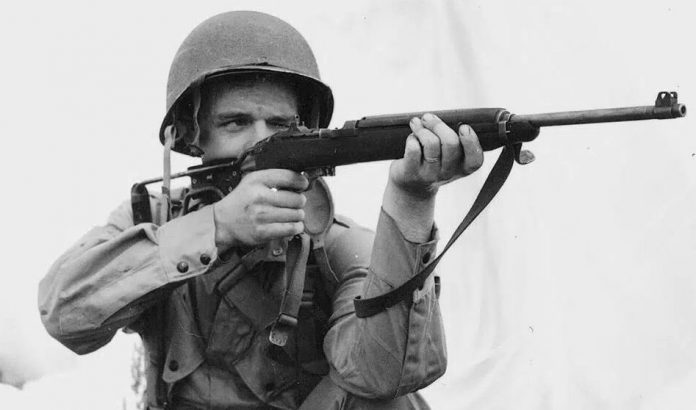 I have a bit of an infatuation with the M1 Carbine. I always have. It’s one of the first rifles I ever fired, and the little carbine was kind to me as a child. Recoil was minimal, it was semi-automatic and a ton of fun to shoot. The M1 Carbine carved its way into the firearms hall of fame, and by all measure, it shouldn’t have.

Our little carbine is an interesting weapon. It’s a short-stroke, gas-operated, magazine-fed, semi-automatic rifle designed for a very specific purpose. It’s not quite a rifle as we know it, and it’s not a submachine gun either. If you had to classify the M1 Carbine, it would be a light rifle.

Heck, not only was the gun interesting, but the little .30 Carbine round it fires takes some cake. It’s not quite a pistol round, and it’s certainly not a traditional rifle round. It’s a 7.62×33 caliber round with a 110-grain projectile. The round screamed out at 1,990 feet per second and hit hard from the carbine.

It’s still an odd duck in a military armed with Thompsons, M1 Garands, and BARs. What was the purpose of the little gun?

The M1 Carbine – A Need and Purpose

The M1911 was still just a handgun and not a choice many would take when going to war. The M1 Thompson was too expensive, heavy, and slow to produce to arm rear echelon personnel. The Army decided they wanted a light rifle. It needed to weigh half as much as an M1 and have an effective range of about 300 yards. 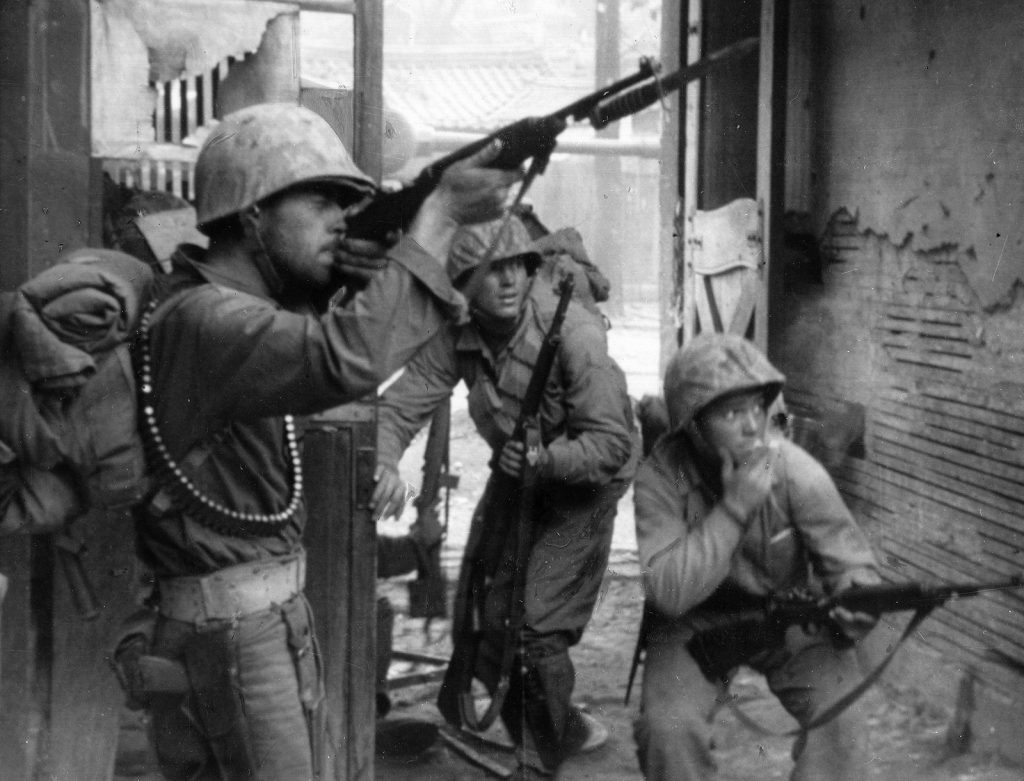 The Light Rifle Contest began, and entries flooded in. John Garand, Thompson, H&R, Savage, and more submitted to the trials with a wide swath of different types of rifles and carbines. Winchester developed the cartridge and initially did not submit a rifle design. After the Ordnance department found the submitted carbines unsatisfactory, they began to consider scaling down their .30-06 M2 project.

A team of five engineers produced a prototype in 13 days. The prototype proved successful, and after a little cleaning up, the M1 Carbine was born.

The M1 Carbine In Action

With Hitler knocking on the door, the M1 Carbine couldn’t have come at a better time. While the main infantry force was to use a mix of M1 Garands and Thompsons, the M1 Carbine became an instant hit. While its original intention was for rear echelon types, it found its way to frontline troops. It offered a lighter rifle than the M1 Garand and more range and power than the .45 ACP. Paratroopers used the M1A1 variant with a metal folding stock.

Winchester’s little carbine was a hit with soldiers and proved itself a worthy weapon. Although the gun couldn’t drop the enemy like the M1 Garand, it filled a valuable niche. One famous user of the rifle was Audie Murphy. Audie praised the Thompson and Garand but seemingly loved the M1 Carbine. 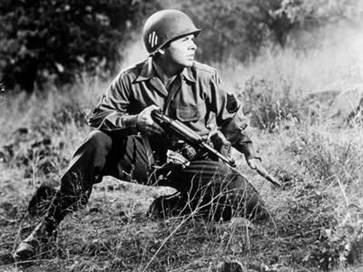 It makes sense. He was a small fella. According to Fred Causley at Stillwater News-Press, Audie wasn’t issued a carbine but found a broken one, repaired it, and made it his own. He loved and appreciated the rifle so much he still remembered the serial number in 1967. A clerk at the Center of Military History dialed the number in, and they had the rifle in storage!

That M1 Carbine sits in the Ft. Stewart museum.

Cold Clothes and the .30 Carbine

Going into Korea, the M1 Carbine evolved into the M2 Carbine. The main difference is the ability to fire full auto. It’s easy to argue that the M2 could be considered an early assault rifle, but you’d likely see some argument about that.

Even so, the M1 and M2 served side by side, but the M2 variant was more widely used. However, soldiers in Korea didn’t seem to appreciate the Carbine as much as WW2 vets. Although it’s likely, a good few Korean war soldiers saw hell in the Pacific and Europe before marching to Seoul. 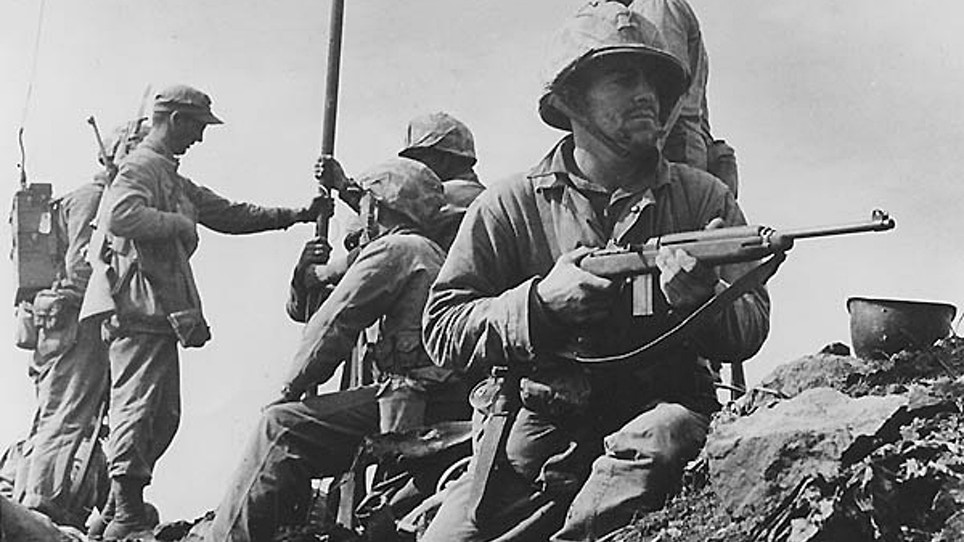 The M1 Carbine wasn’t great in cold weather, and they didn’t call it the Frozen Chosin out of irony. Cold can be hell on guns. Just ask Garand Thumb and the internet rage machine. There were also complaints that the M1 Carbine failed to stop Korean and Chinese soldiers.

The heavy clothing they wore was stopping bullets! Maybe it was frozen clothing too! This has seemingly been debunked over and over. Heavy clothes didn’t stop the .30 Carbine. What is more likely is that the full auto of the M2 Carbine and the rush of war caused accuracy issues, and men missed more than they’d like to admit. 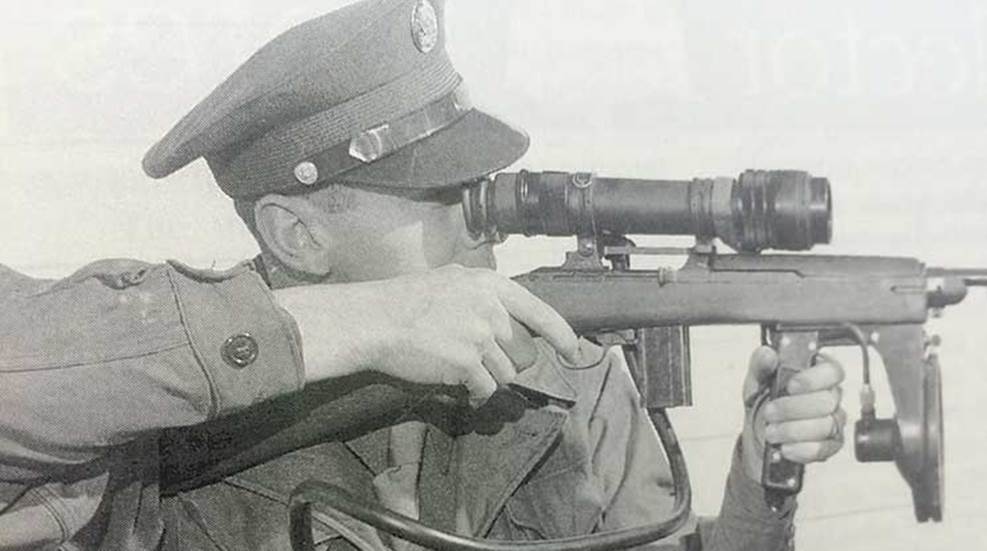 Alongside the M2 Carbine and M1 Carbine, the M3 made an appearance. The M3 was an M2 with fittings and parts to allow the mounting of early night vision optics. These big beasts were used in static positions to spot and eliminate nighttime infiltrators.

The War at Home With The Stakeout Squad

The M1, M2, and M3 went to Vietnam with early advisors in the mid-1950s. The M1 Carbine series were used throughout the conflict in various roles until the M16’s adoption in 1964. South Vietnamese forces did continue to use the carbine.

Where the M1 Carbine continued to serve was with police agencies. Older military models in the M1 and M1A1 configuration found their way into the world of police agencies. 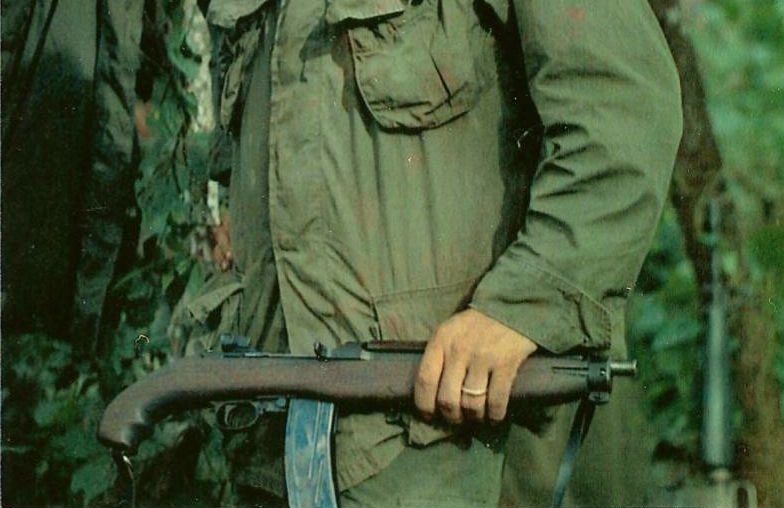 One, in particular, stands out. The Stakeout Squad of the NYPD. These guys were the NYPD’s best gunfighters, and they had the role of staking out businesses primed for armed robbery in the 1970s. It was a violent time, and these guys would often encounter armed robbers and engage them. 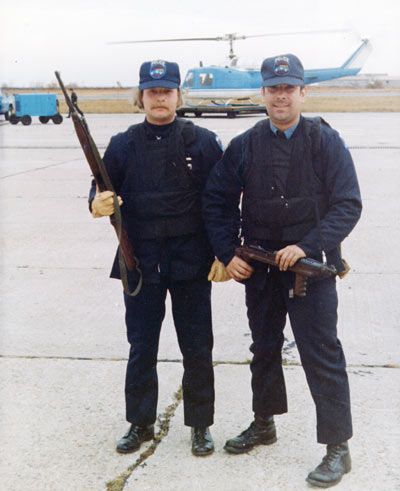 The tools of the trade were the S&W .38 Special revolver, the Ithaca 37, and the M1 Carbine. The M1 Carbine became a favorite of the Stakeout Squad, especially after being modified to work with 110-grain JHPs.

The light rifle offered a rapid-fire design that was likely easy to use in and out of the Stakeout Squad’s vehicles. Plus, at close range, they were plenty powerful, low recoiling, and lightweight. Read Tales of the Stakeout Squad to get deep into their use of the M1 Carbine.

The M1 Carbine still remains a cult favorite for a lot of shooters. They are super fun, super accurate, and still made by a number of companies. They are mostly collector and hobbyist weapons these days, but if all you had for defensive use was an M1 Carbine, I don’t think you’d feel outgunned.