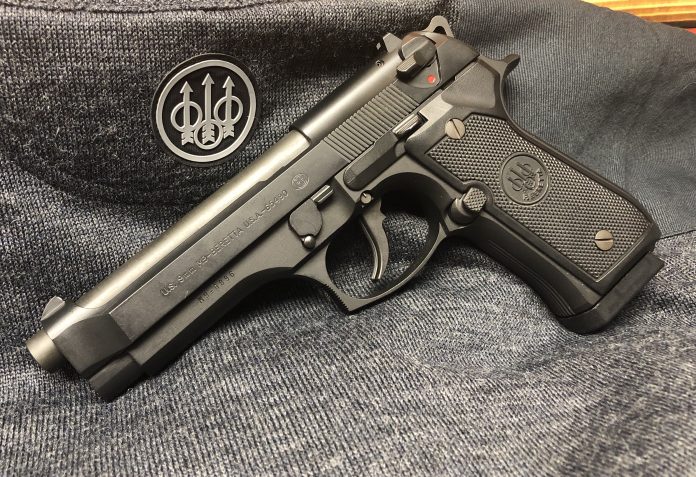 In 1985, after a close competition between two passing finalists, the Beretta 92F was chosen by the US Military as the successor to the M1911A1. The new pistol, designation M9, would become the standard sidearm of US Armed Forces for the next four decades.

Rumors and innuendo surround the adoption and the poor opinion of troops who had no idea how to shoot a pistol have colored its reputation in a rather unique way. The M9 suffered many of the same problems that the M16 did, namely the military didn’t treat its own gear properly and buy the right parts (magazines, in one epic case failure) to be sure it did. The M9 didn’t fail the military, the military failed itself with the M9 and by being cheapskates on training/parts.

This developed into a strange duality where units and departments, as police acquisitions followed the military example and bought Beretta’s, used their guns and loved them. These units trained with them, they maintained them, and they bought proper equipment for them. What resulted was a respect for a well designed and durable pistol.

In contrast you had the military majority who didn’t train with them, didn’t maintain them, were given a supply of garbage tier magazines for them, and in general didn’t know jack about this weapon because it wasn’t a service rifle. These people hated the M9. They circulated the stories of how much it ‘sucked’ and because they were ‘military’ their word was taken as gospel.

The duality came in that ‘Military M9’s’ were garbage and ‘Civilian M9’s’ were great. If you’re curious how that’s possible, so was I. I didn’t know better and parroted that philosophy for awhile myself.

Boy, that was dumb… I’ve since learned.

The M9 earned its stripes, in spite of misguided ‘common wisdom’, and has emerged today as an outstanding TDA handgun. But it, and even the Marines M9A1, are old. The M17/M18 are a worthy successor and since the military wanted a striker gun, they got it. Sig, in an ironic twist, won this contract in a manner similar to how Beretta won the 1985 contract. The P320 was cheaper per unit than the Glocks.

Beretta, in spite of the stagnation that military contracts can engender in a product, didn’t let the 92F stay still. The 92FS, 92G, and M9A3 have all emerged to great acclaim. LTT and Wilson Combat offer custom variants of the full size and compact pistols that are beloved of discerning shooters.

Then Came the 92X

Originally launched as a competition geared frame (92X Performance) the line expanded to cover every niche of duty, concealed carry, and the demands of the discerning consumer. Beretta delivered a modern configurable sidearm with all of the original soul and durability of the M9.

Just give it the right magazines for pity’s sake… Beretta, Mec-Gar.

The 92X has four (kinda five) models, I’ve been shooting three of them with, my hands down favorite being the Centurion (Compact slide on a full size frame). Given that my favorite Glock is the 19X, I can see all your shocked faces from here.

One size doesn’t fit all. The 92X was painstakingly developed to suit a wide variety of needs. Whether in Competition, Combat, or Concealed Carry situations, there is a 92X that is right for you.

The 92X is among the apex of modern TDA handguns. From the M9 origins, every feature has received detailed attention and performance upgrades. The sights are dovetailed fiberoptic from the factory, with multiple options for end user preference. The safety comes either active or decocker only (as is the way). Your grip circumference is selectable via the panels and you are able to choose between the straight line narrow panels with the new grip angle and the classic larger grip profile (my preference).

It is a legend. They claim it reborn. I just like shooting it.